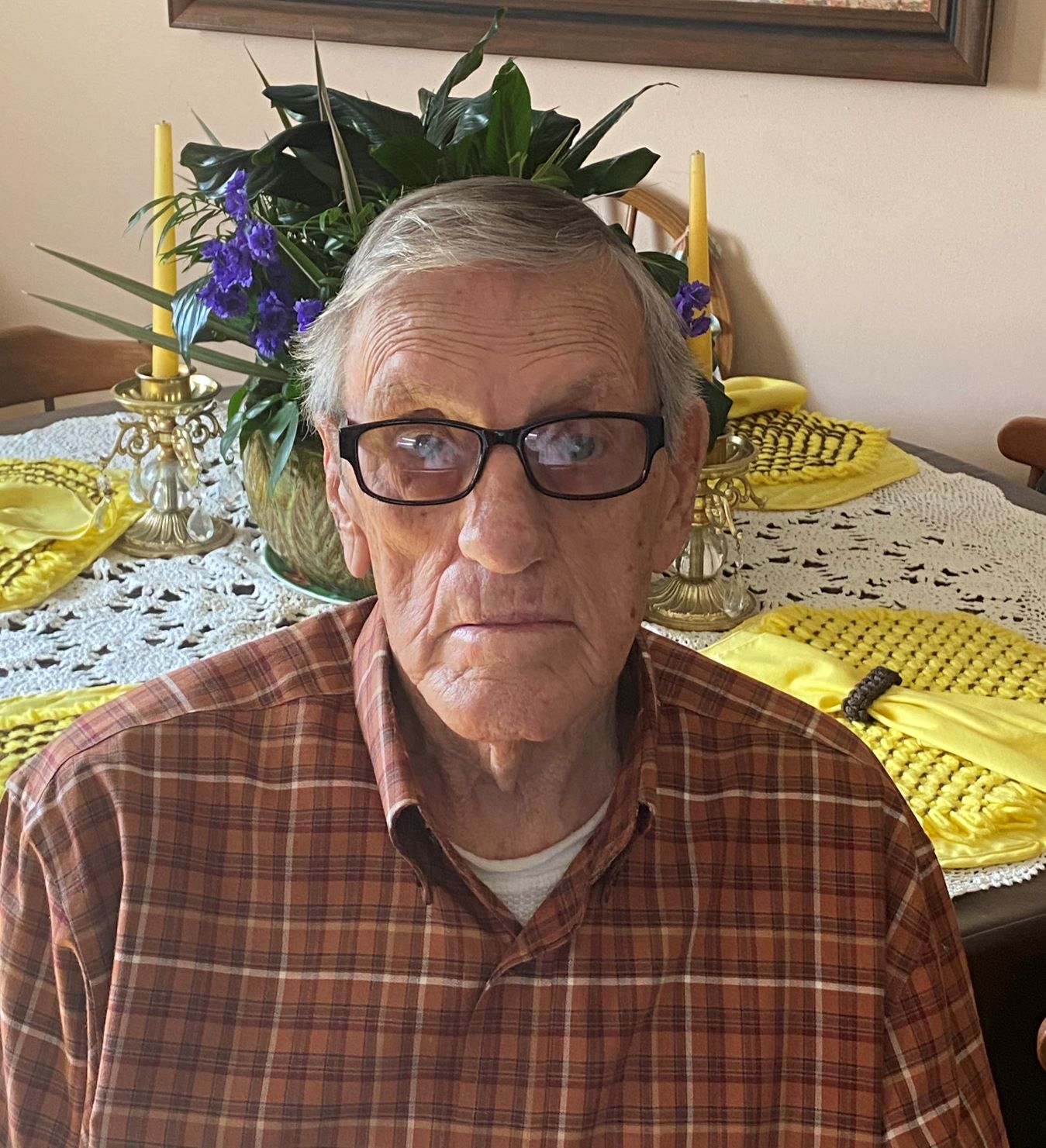 JACKSBORO, TN (WLAF) – Except for the war and work, Hugh Boshears was right there on the family farm at Mount Paran. As a teenager, he served his country in World War II, spent his career at Y-12 and for his last few months resided at the Atchley Veterans Home. WLAF has had the honor to feature stories on the 95-year old Boshears over the years, and today, we are sad to bring you our final story on the smiling war hero. He’ll be laid to rest this morning at 10am at Mount Paran Cemetery just up the hill from the house where he was born and raised.

“What a wonderful legacy. We could all be so lucky,” said John Branam about Boshears who gave him his first job; hauling hay. Branam grew up near the Boshears Farm. Related stories.

“He was a cornerstone of this community, and he will be missed,” said Branam.

In the 1940s, Boshears quit school at Jacksboro High School to serve in the Army which included time in Germany during WWII.  When the teenage soldier finished his tour of duty, he was right back on the farm and attending JHS.

It was that second time around at JHS when he met a girl named Frankie Terry from Little Cove Creek.  “That’s why she’s so much younger than me,” he laughed as he told us in 2017.  They were married for more than 70-years and raised a family of four, Don, Pat, Carolyn and Garvin.

“He smiled a lot and always had something positive to say. In fact, he was my Sunday School teacher at Mt. Paran Baptist Church in the Beginners Class, and to this day, I still have one of his illustrations about God’s love still floating around in my mind,” said Branam.

Boshears was proud that he was born on George Washington’s birthday, February 22, 1926, at the family home at Mount Paran, and I’d say he’ll also take pride in being interred on Christmas Eve just up the hill from where he was born. (WLAF NEWS PUBLISHED – 12/24/2021-6AM)

7 Replies to “We say goodbye to one of our WWII heroes, Hugh Boshears”