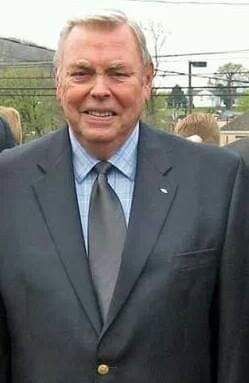 TOP PHOTO:  Charles Taylor, chairman of the board of directors for Powell-Clinch Utility District, passed away Wednesday morning.

Taylor, chairman of the PCUD board of directors since 1968,  died Wednesday morning after a brief illness.  Neil and others at PCUD received word of Taylor’s death just as their day began on Wednesday.  “It’s a somber day here,” said Neil when he spoke with WLAF News on Wednesday afternoon.

Aside from PCUD, Taylor was a local leader in Lake City and La Follette.  He served as the Mayor of Lake City in the 1960s, and later in La Follette, he served as Vice-Mayor and was street commissioner.  Taylor’s career in public service extended beyond PCUD and politics.  He served on the hospital board for 22-years for the La Follette Medical Center and an additional 10-years on the Campbell County Foster Care Review Board.

The photo, with Charles Taylor in the center, is believed to have been taken at the La Follette Powell’s 5 & 10 in about 1964.  Left to right are: Fred Ivey, Bill Hutson, Taylor, Taylor’s brother Phil and Gordon Powell.

His business interests didn’t end with Powell’s.  He was president and co-owner of Tennessee American Products in Jacksboro, manager for Camel Manufacturing in La Follette and Facility Manager for La Follette Medical Center.  Taylor was administrator for the La Follette Independent Court Living and Executive Director for the National Association of Activity Professionals in Long-Term Care receiving the Trustees Award of Excellence, the highest honor given by the Association.

“We were best friends,” said Dr. Clarence Duncan, pastor of the Bethel Baptist Church at Jacksboro.  Taylor was a long time member of the church and served as the church’s treasurer.  He and Duncan were contemporaries.  Taylor turned 86 in February while Duncan will hit 86 next month.  It was not uncommon for Duncan to reference Taylor on his daily radio broadcasts over WLAF. 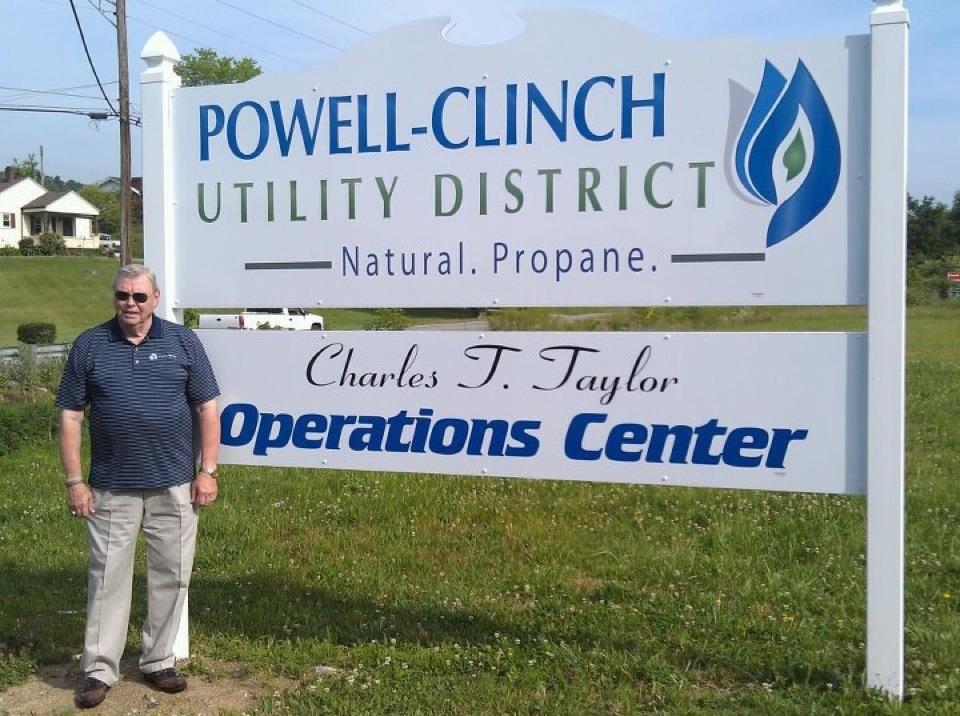 In 2012, the new Powell-Clinch operations facility, near I-75 at Rocky Top/Lake City, was named the Charles T. Taylor Operations Center.

Robin Hunley has served PCUD as its marketing manager for years and knew Taylor well.  She said, “He had the biggest heart, put a smile on everyone’s face and made employees feel like family.  He will truly be missed.”

“The story goes that the chairman of the board was able to talk Taylor into serving on the board in 1965.  He led PCUD through some pretty difficult times in the late 1960s and ’70s; becoming insolvent and defaulting on its bond.  But he was able to bring the utility out on the other side.  He persevered  and was one tough guy,” said Neil. 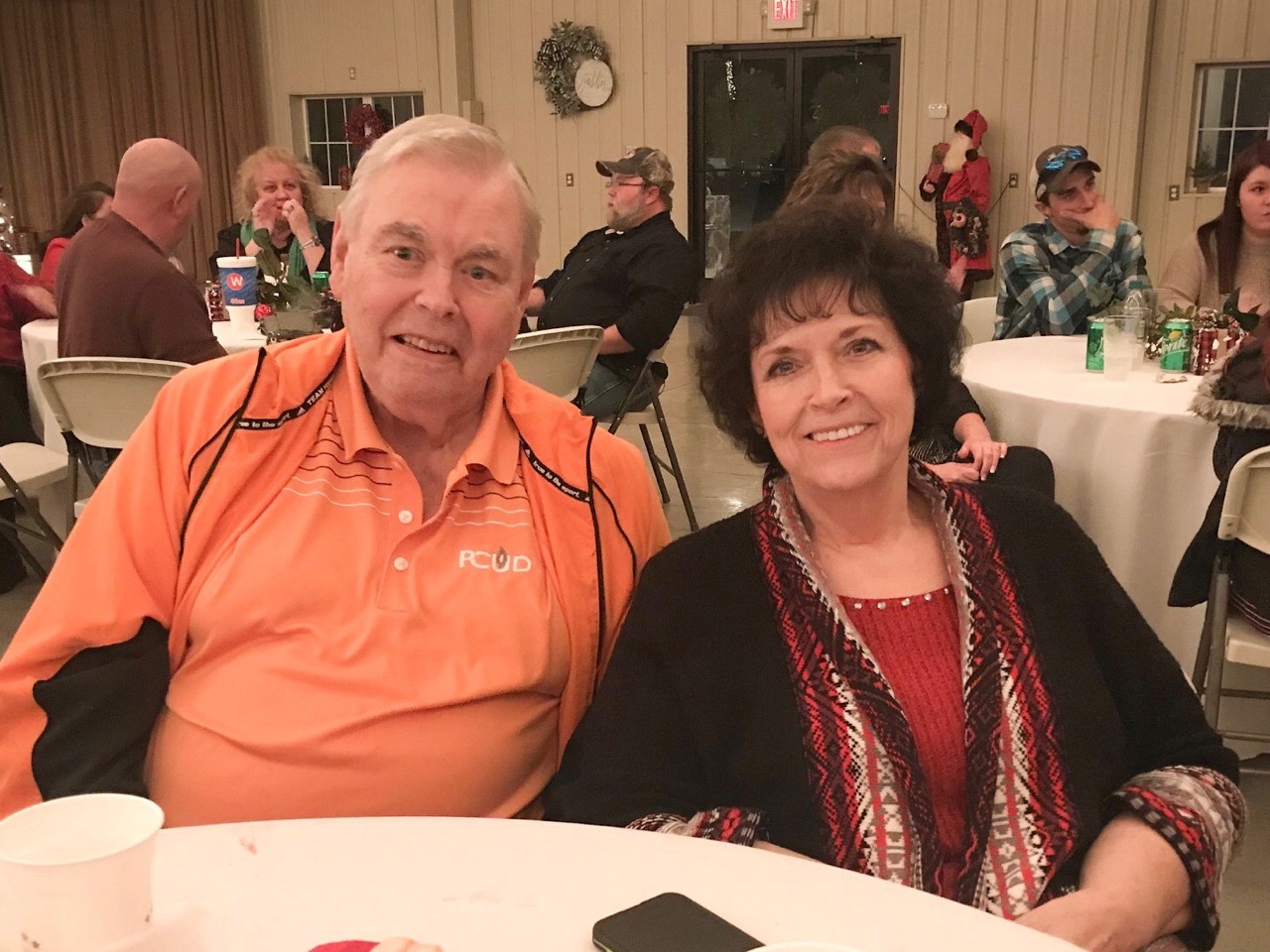 Taylor and his wife Irene are pictured here attending a PCUD event.

Taylor attended and chaired the last PCUD board meeting in May.  Neil said, “I fully expected him to be at next week’s meeting.”

Neil was really able to get to know Taylor during his almost 10-year career at PCUD calling him a great leader who was focused on PCUD customers and the community.  He calls Taylor an unprecedented director of anyone in the the utility field. 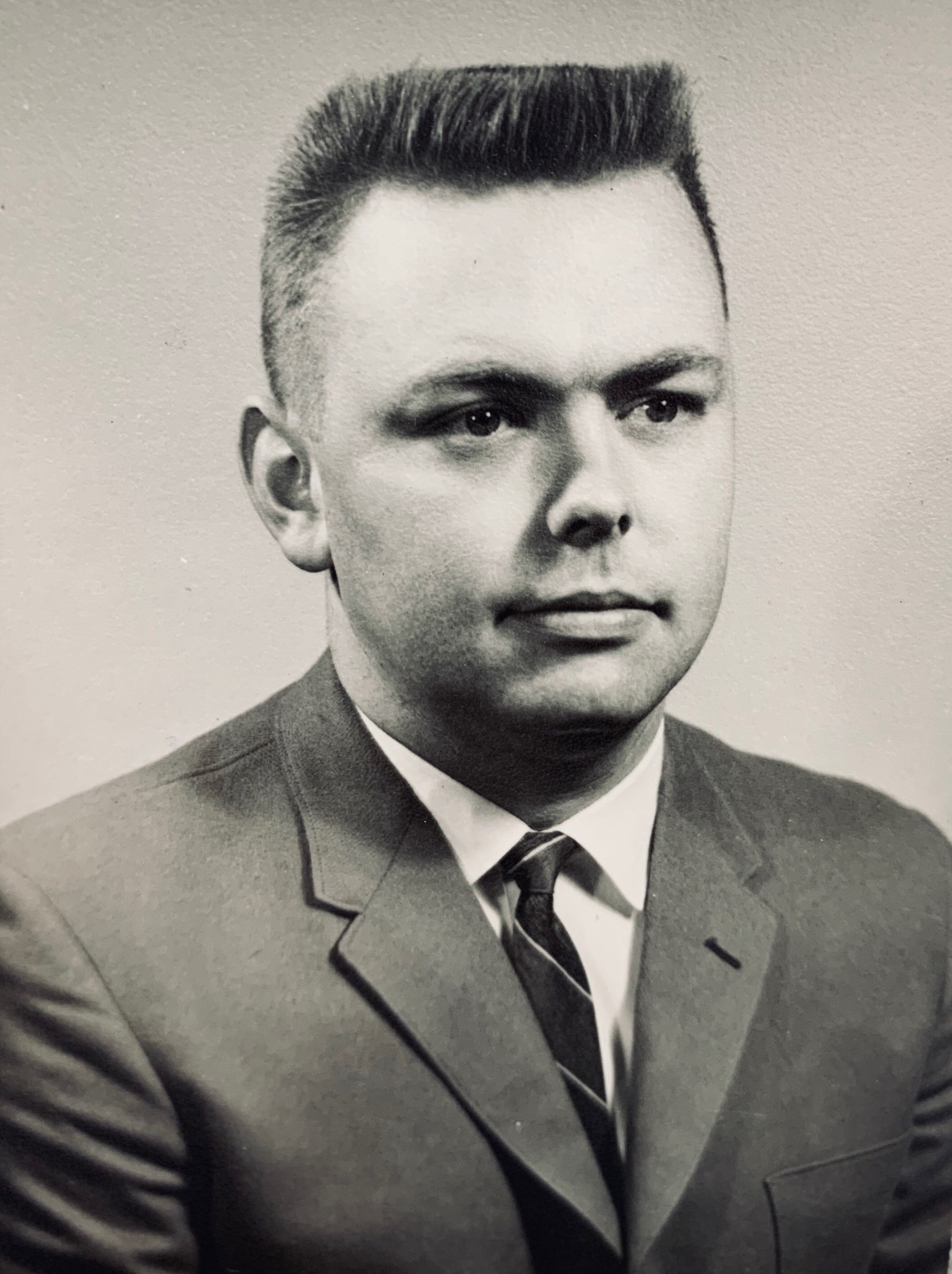 Taylor was a native of Greeneville, Tennessee, where he excelled in sports at Greeneville High School and later played football at East Tennessee State University.

“We owe him a great debt for what he did.  You know serving on the board doesn’t pay much and has little recognition.  He loved PCUD,” said Neil.  (WLAF NEWS PUBLISHED – 06/18/2020-6AM-PHOTOS COURTESY OF ROBIN HUNLEY WITH PCUD AND WLAF’S CHARLIE HUTSON)