LAFOLLETTE, TN (WLAF) – Months of hard work, fundraising and planning culminated yesterday morning with the unveiling of Valley View Elementary School’s new playground. According to school board member Jeffrey Miller, the playground, called the Bobcat Den, represents months of community effort and collaboration. Miller, a Valley View alumnus, said he knew he wanted to get involved in helping his school. 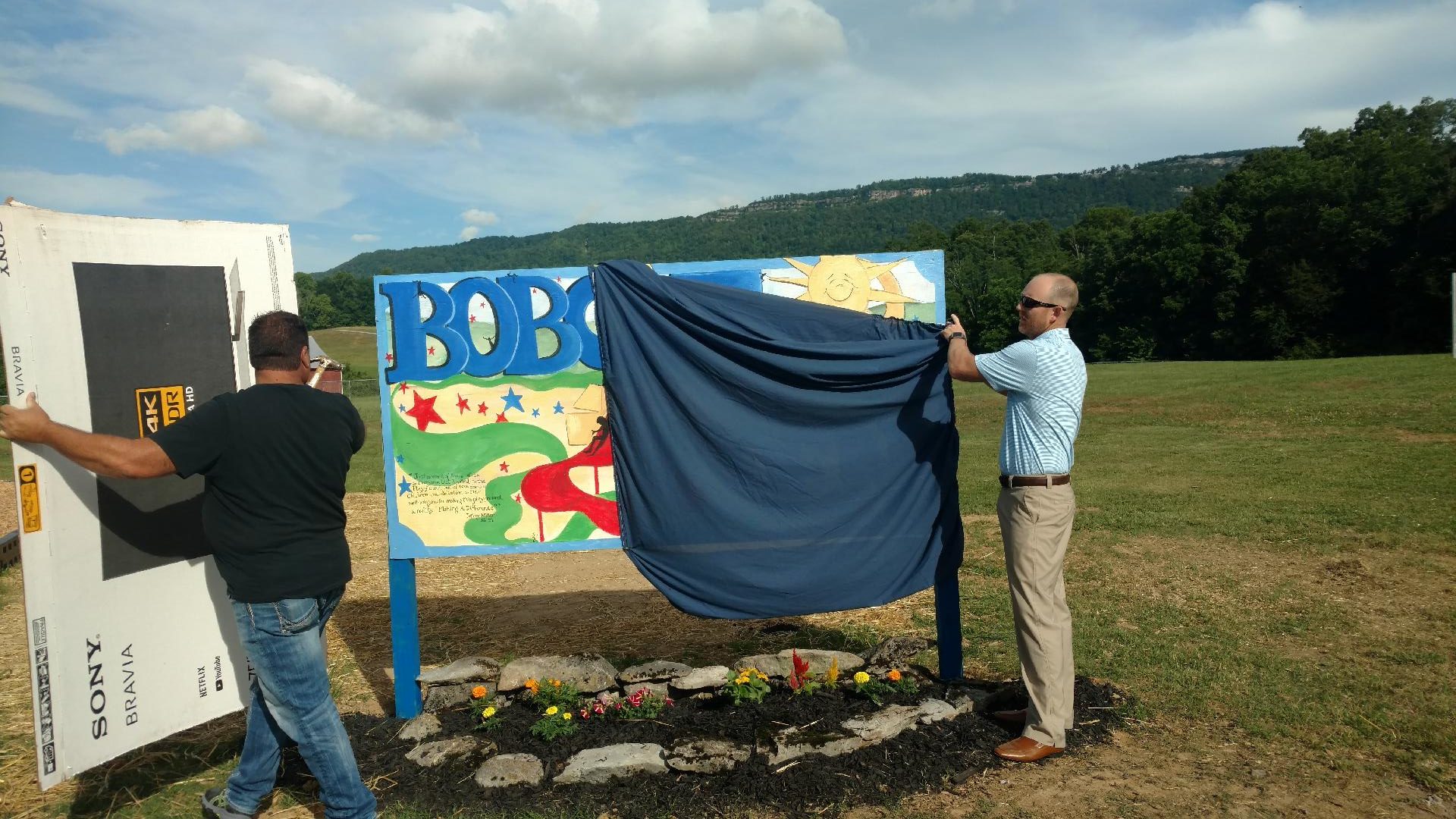 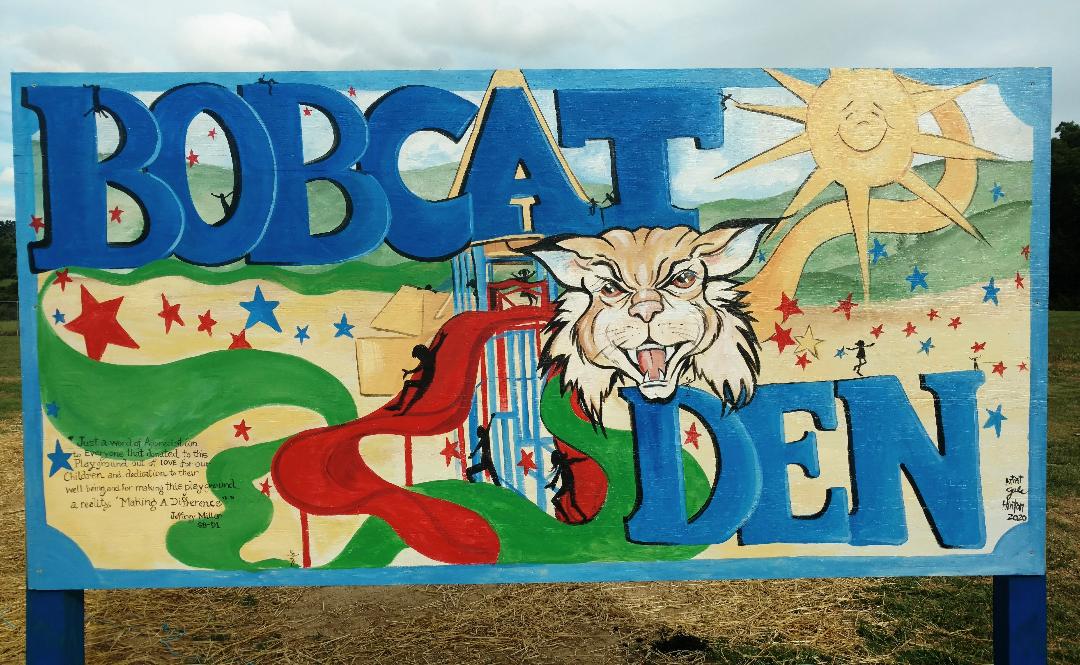 The Bobcat Den sign mural was painted by local artist Gale Hinton.  Hinton was the talent behind all the creative art work done inside Valley View School a couple of years ago.

“The project has really been years in the making and has been a need for quite a while. I appreciate everyone who came together as a team to make this happen,” Miller said.

Complete with a sign and Bobcat mural painted by Gale Hinton, the playground is designed for children kindergarten through fifth grade. It has multiple play areas and 12 inches of mulch to cushion any falls. The mulch is specially engineered to prevent splinters. Hand painted picnic tables surround the playground. For Miller, the project has been an act of “service and love.” He ran up late Tuesday evening to mow the grass around the playground so it would look perfect for the unveiling. 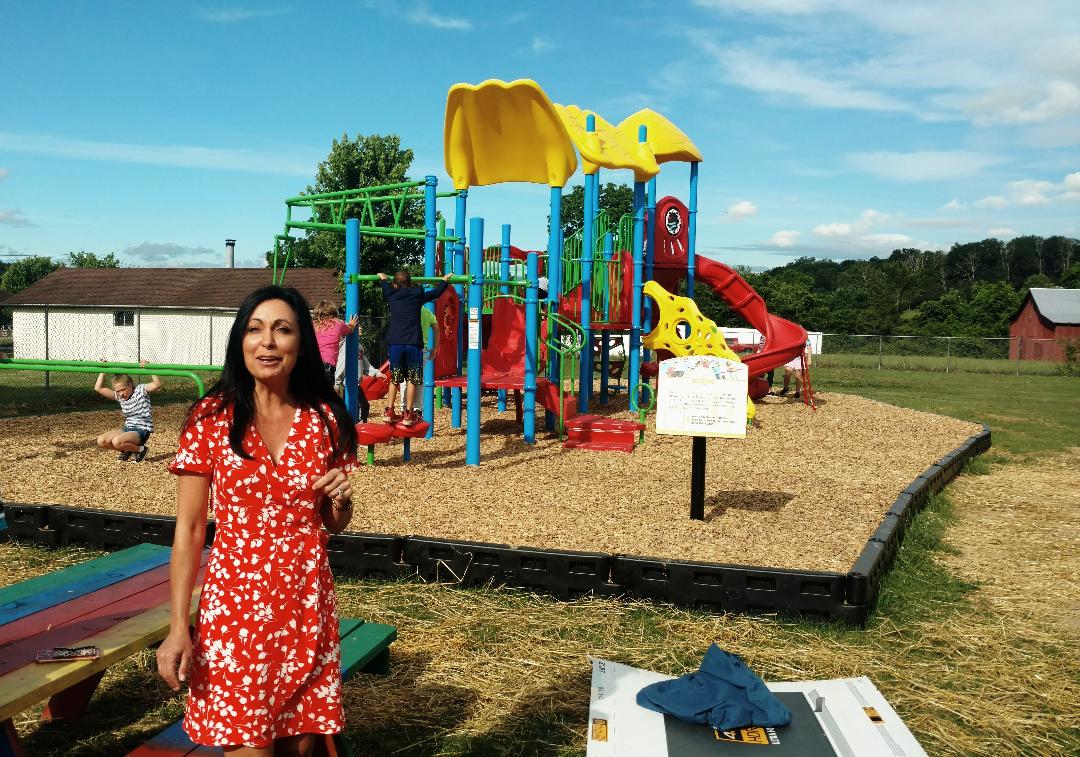 Campbell County Director of Schools Jennifer Fields was on hand for the unveiling of the playground Wednesday morning.

“I love my community and my school and that is what this project is all about,” Miller said.

Valley View Elementary school’s summer students were the first to try the new playground out on Wednesday morning. The kids ranged in age from kindergarten to fifth grade and put the playground through the paces.

The $60,000 project was done in conjunction with the school’s Parent Teacher Organization (PTO) and funded through the school’s general fund, multiple fundraisers and local donations.

According to school principal Jason Dotson, the school’s playground situation was in “bad shape” and had needed an upgrade for several years.

Dotson said the project could not have happened without the efforts of the leadership team, the school board and the parent teacher organization.

“Jeffrey Miller, Lisa Fields, Jamie Ball and many others were integral in the project coming together,” Dotson said. 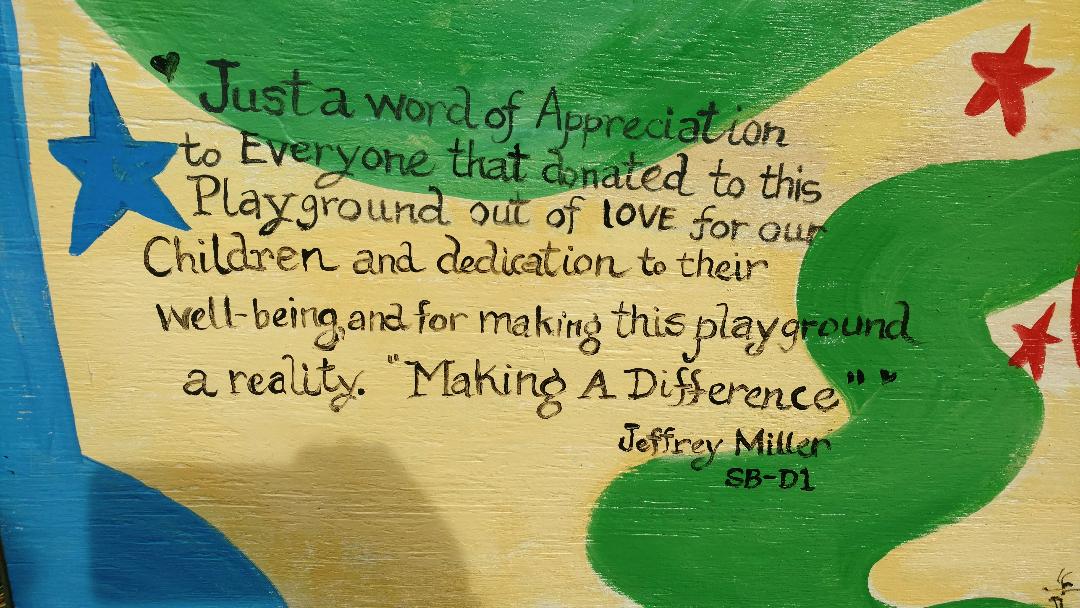 The sign has a special message of thanks from School board member Jeffrey Miller.

According to Miller, the school board provided around $45,000 for the project, the PTO raised around $3,000, student fundraisers garnered about $7,000 and local businesses donated $4,000.

“We are so grateful for all the help with this. Local businesses and individuals really stepped up to bring this project together. Recess for elementary students is vital. I am humbled and grateful to be a part of this for my school,” Miller said.

Principal Dotson said he hoped the playground would become a symbol for the kids to be happy about and to look forward to returning to school each year. 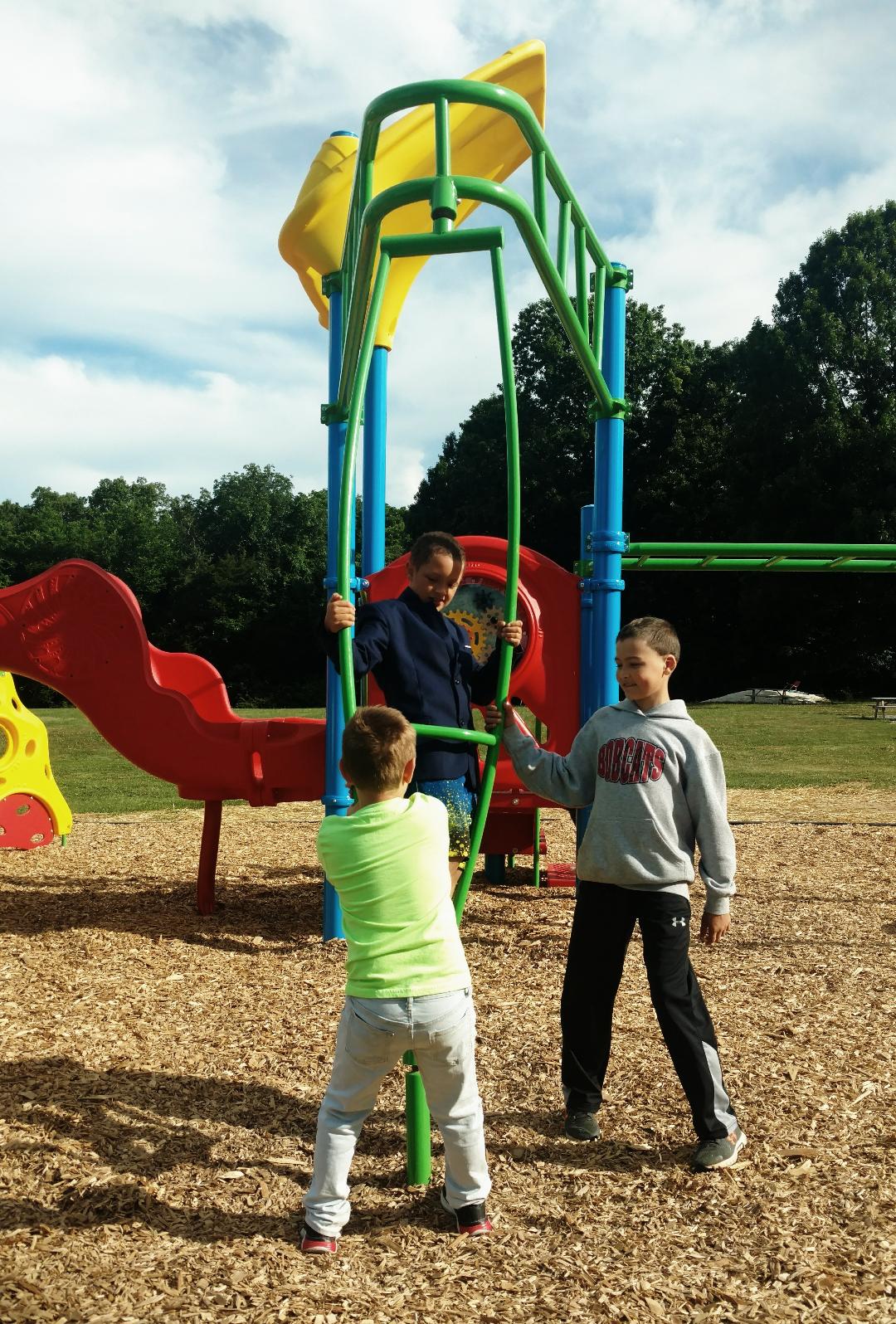 Summer students had fun monkeying around on the monkey bars at the new playground.

“It’s a privilege and honor to have this at our school; thanks to everyone who helped,” Dotson said.

Miller said he wanted to say a special thanks to local businesses and individuals for donations. Several anonymous donations were also received.