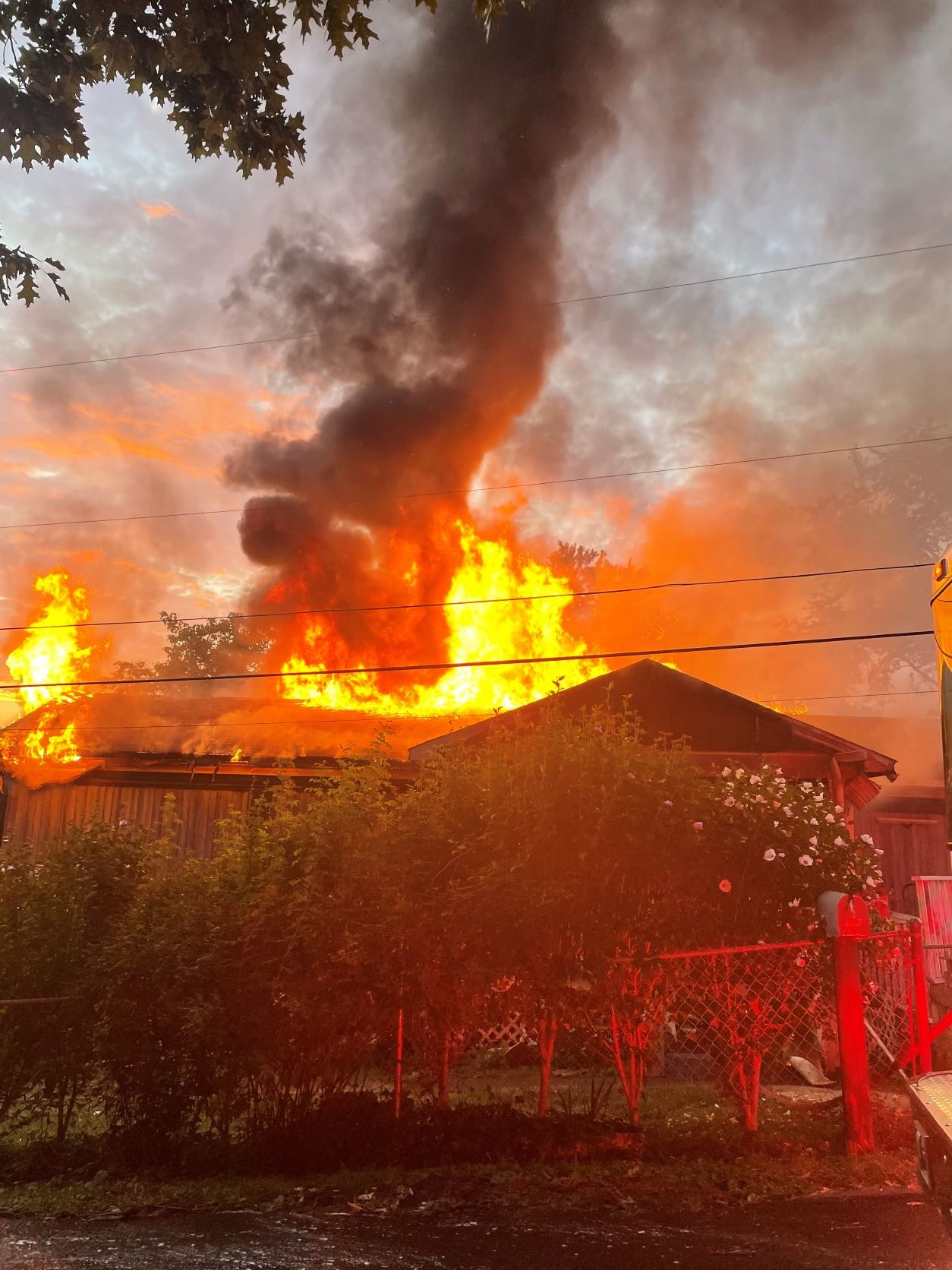 TOP PHOTO: Police say this home was set on fire around sunset on Friday.

LAFOLLETTE, TN (WLAF) – A bizarre series of events, that included a drive by shooting and a home being set on fire unfolded in quick fashion on Friday evening in south La Follette.

Just before 8:30pm, Campbell County Sheriff’s Office Deputies responded to a drive by shooting into a home on Coolidge Road. No one was injured inside the home, and the four people at the residence were able to identify the alleged shooter and the vehicle he was driving.

The man reported driving a Chevy truck and allegedly firing shots into the home was identified as 63-year old Charles Stewart of Davenport Road. Deputies were able to track Stewart down at his 118 Davenport Road home and located the truck next door which was said to belong to Stewart’s neighbor.

“As I was talking to the neighbor, I saw Stewart come out of his single-wide mobile home, grab a can of gasoline and go back inside. We tried to get him to come outside and talk, but he refused. I was able to peek through the kitchen window and saw him holding a gun like he was waiting for us,” said CCSO Chief Deputy Matt Wasson.

“Stewart lit the home on fire with him inside of it, and we immediately called for the fire department. I attempted to go through the front door and pull him out but the flames and smoke were too much,” added Wasson.

“We heard a window break at the back of the home. It was Stewart trying to crawl out. We grabbed a step ladder, and he was able to get out,” said the Chief Deputy.

In the meantime, firefighters with the Campbell County Rural Fire Service were staged up the street from the home until the scene was secure. “We don’t have bullet proof vests,” said CCRFS Captain Daniel Lawson. Firefighters with the La Follette and Caryville Fire Departments provided mutual aid. The Campbell County Ambulance Service also responded. There were no injuries.

“We found a weapon and a fuel can inside the home. We didn’t clear the fire until almost midnight,” said Captain Lawson.

Stewart was charged with four counts of aggravated assault in the drive by shooting, arson and cruelty to animals. “The fire killed the dog that was inside the home,” Wasson noted. Stewart remains in the Campbell County Jail today without bond. (WLAF NEWS PUBLISHED – 07/04/2022-6AM)