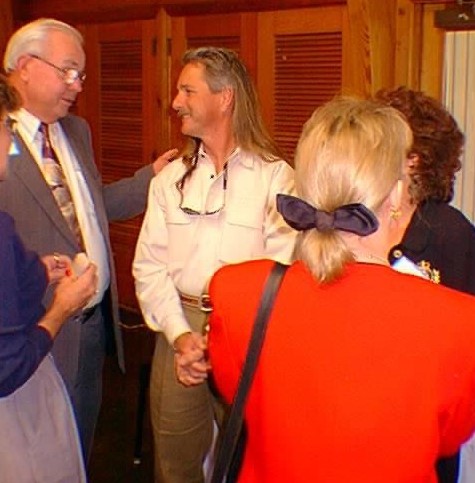 CHERRY BOTTOM, TN (WLAF) – For a career that now sits at the top of the highest peak on country music’s mountain, it all humbly began with a thumb ride to Nashville in the summer of 1973.  Cherry Bottom native Dean Dillon will be inducted into the Country Music Hall of Fame later this year.

“I’d come and go, come and go (to Nashville).  I worked at Opryland during the 1975 season.  Next I met music producer and publisher Tom Collins, and he signed me as a writer.  Before I knew it, I had three songs on Barbara Mandrell’s album, and the rest is history,” said Dillon from his Colorado home on Wednesday morning soon after the Country Music Association publicly announced its Hall of Fame inductees for 2020.

It was that Mandrell album in May of 1977 that led to my reunion with Dean.  We’d been childhood friends through high school.  He took off for Nashville, and I played radio.

In those days, I was the afternoon disc jockey and program director at 103.5 at Knoxville, Channel 10’s FM station, WBIR-FM.  The two Campbell County boys spent the better part of an hour on the radio talking about Dean’s first major accomplishment.  I knew Dean, who went by Dean Dalton in the early days, had left Nashville and ended up working at a carpet mill at Dalton, Georgia, for a while.  Little did I know that he had just lifted his career off the launch pad with the three Mandrell songs; “She’s Loved Me Out of You,” “How Long Does It Take,” and “Bedroom Reunion.”  The name of the album is “Lovers, Friends and Strangers.”

Dean was born at the Lake City Hospital and grew up in Cherry Bottom.  He won a talent contest at  the TVA & I Fair at Knoxville while attending Jacksboro High School.  Part of winning that contest was a guest appearance on Jim Clayton’s Star Time Show TV Show.  After the first show, Dillon became a regular.

He transferred to Oak Ridge High School for his senior year of high school.  “Oak Ridge had a theory and harmony class I wanted to take.  Heck, they had kids in that class that’d been playing the piano since they were four.  The only award I won was “being late to class the most times,” said Dillon. 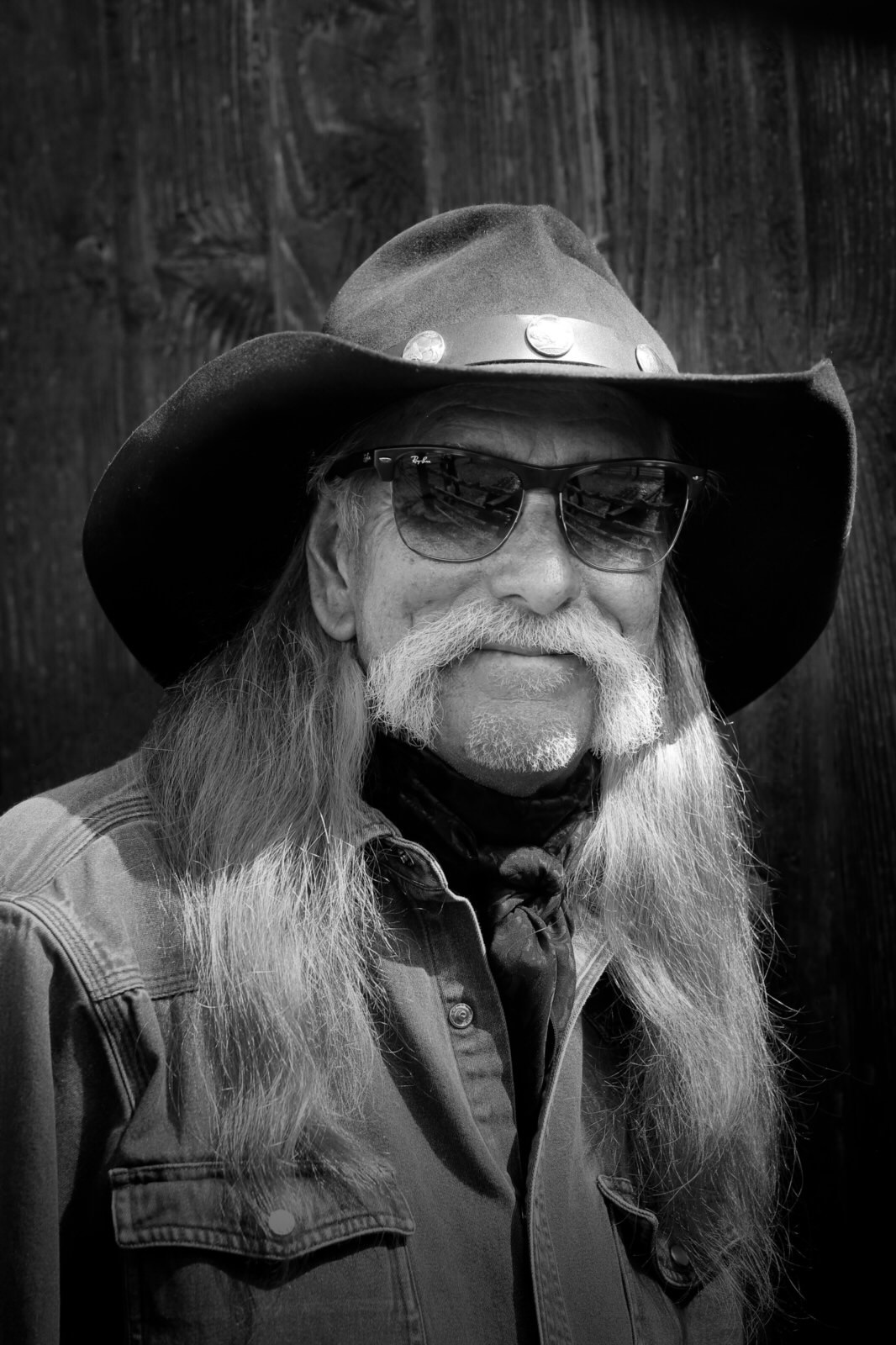 Dean Dillon splits time at homes in Colorado and Florida, but he still returns to Campbell County to visit family.  “I love Campbell County,” he said.

Dean graduated in 1973, toured with the Oak Ridge High School Chorus that summer and upon returning home, headed for Nashville.  He recalled a hippie in a station wagon gave him a ride from the Gallaher Road-Oak Ridge exit on to Music City.  “I graduated from college at Nashville; Music Row University.  That was my school,” Dillon laughed.

The RCA label listed Dean Rutherford and Gary Harrison as the writers for a song called “Lying in Love with You.”  It was the first Number 1 song for Dillon, then known as Rutherford.  Jim Ed Brown and Helen Cornelius were the artists on the 1977 hit.

“My phone has not stopped this morning.  Most of my calls have come from song writers.  George Strait was one of the first to text congratulations,” said Dillon.  He wrote hit songs for Strait for 35-years including six on the Texans first album, “Strait Country.”  It was the song “Unwound” that Dillon and Frank Dycus wrote in about an hour and a half that became Strait’s first Top Ten hit song.  “We were going to pitch that song to Johnny Paycheck, but he was in jail at the time,” Dillon pointed out.

Dillon and his family had to keep quiet since the CMA told him back in March that he was going to be inducted.  “They were so secretive about it, I didn’t know that Hank (Williams, Jr.) and Marty (Stuart) were the other two inductees until just now.  I’m honored to be going in with them, because we’ve been friends for decades,” said Dillon.

“I came to the conclusion one day (about 1979) my heart was in the writing.  I just live, eat and breath song writing,” said the Campbell County native.  Soon after, word came to him that Hank Cochran wanted to meet the young song writer.  In no time, Dillon found himself headed to a boat in the Caribbean named The Legend.  That’s where he and Cochran wrote George Strait’s Number 1, 1985 hit song “The Chair.”  Dillon quickly noted yesterday that that was his favorite song.  In a blink, he added, “A lot of Things Different,” written with Bill Anderson and recorded by Kenny Chesney, was right there with “The Chair.”

When asked if becoming a member of the Hall of Fame ever crossed his mind, he answered, “Not really.  But it did cross my mind once in my 60s.”  Dillon turned 65 back in March, the month he was told about his induction.  The pandemic pushed the announcement to yesterday.

He talked of Marty Stuart and Hank Williams, Jr., the other inductees.  “I’ve known Marty as long as I’ve been in Nashville.  He’s done so much.”  Dillon, on a wild guess, had figured that one of this year’s inductees would be Hank, another decades long friend.

Jay Willoughby shares this photo from a reception for Dillon in Campbell County circa 1990.  That’s attorney Frank Dossett visiting with Dillon.

Dillon explained that in the early ’80s, he and Bocephus (WIlliams) ran together, and the press was just hounding Hank on his every move; they would not leave him alone.  Waylon Jennings was also being hounded.  That’s when the idea of Hank’s hit song, “Leave Them Boys Along,” came to Dillon.  He wrote the song with friends Gary Stewart, Tanya Tucker and Williams.  That ended up being Ernest Tubb’s last song as he sang the hit with Bocephus and Waylon, Dillon noted.

In March, the CMA set up a time to FaceTime with Dillon under the guise it was an interview about a magazine story when in fact it was to tell him he was being inducted into the Country Music Hall of Fame.  “I didn’t say a word for, it seemed like, minutes.  I was dumbfounded.”  He calls it one of the most humbling or most humbling experience.

“I pray everyday for peace and my president, whoever that is.  I thank the Lord for my family’s support in the good and the bad times.  It’s humbling to be mentioned with Hank, Roy Acuff, George Strait and others,” said the Country Music Hall of Fame member.  This year’s annual October CMA Awards Show will not be a suit up, show up event.  Instead it will be held by way of a virtual platform.

As we visited Wednesday morning, Dillon was watching six tractors haying the fields next to his property.  “It’s kind’a fun to watch,” he said.  That turned his thoughts to saying that East Tennessee will always be his home; a lot of family is still there.  “I wanna give a big shout out to Campbell County.  I love this place and the people up there.  I’m one of ’em.  I am really, really blessed,” said Dillon.

Who would have known the guitar Dillon was given as a seven-year old would lead him from Cherry Bottom to the Country Music Hall of Fame?  Congratulations, Dean.  (WLAF NEWS PUBLISHED – 08/13/2020-6AM)