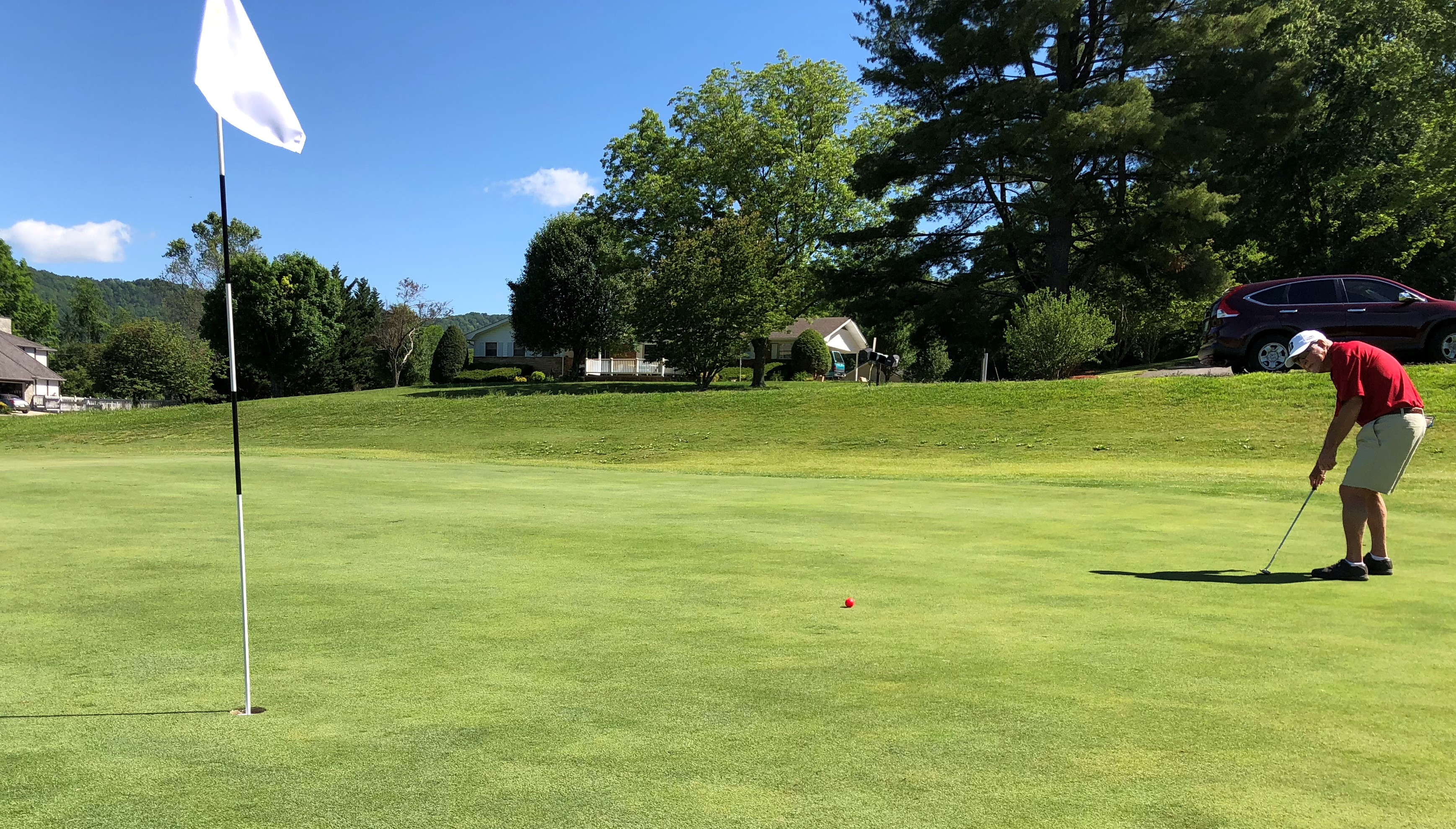 Even Joe Snodderly’s red Callaway ball couldn’t work any magic on the fourth hole for he and his teammate, Don Payne, during the final day of the Bobby Heatherly Classic on Sunday at the La Follette Country Club.

LAFOLLETTE, TN (WLAF) – I asked if they minded if I snapped a few photos of them playing.  Don Payne responded, “Nawh, we can play bad no matter who is around.” The foursome of Payne, Elwood Bailey, Coach Wayne Kitts and Joe Snodderly teed off at 10 am Sunday in their second day of the second annual Bobby Heatherly Classic at the La Follette Country Club.

I caught up with the team at the fourth hole and asked Snodderly about his former La Follette High School teammate Heatherly and the naming of the tournament in Bobby’s honor.  He said, “For decades, he (Heatherly) worked day and night to make this place something special.  This is a way to pay him back for all his dedication.” 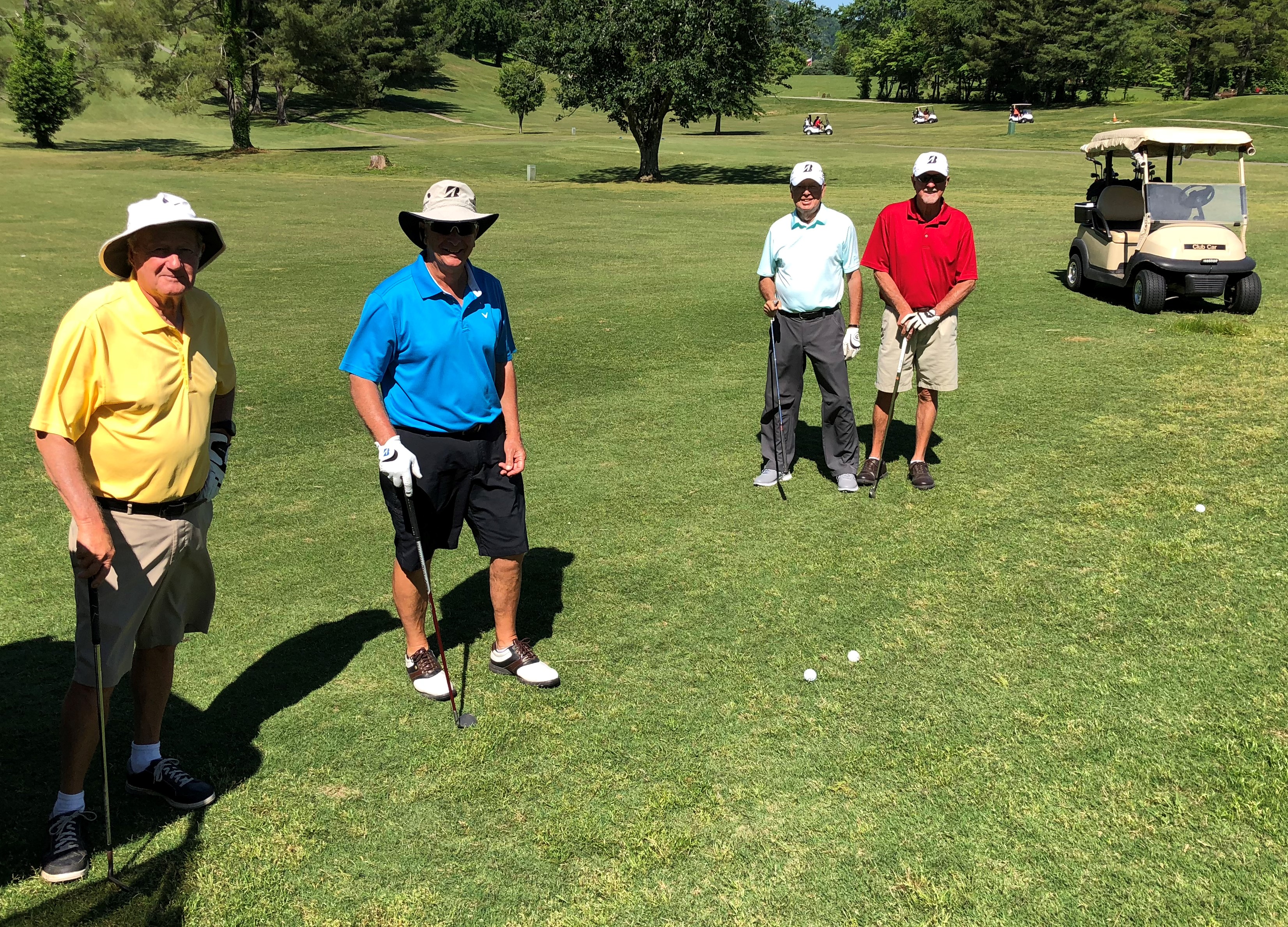 At the Heatherly Classic are (left to right) Elwood Bailey, Wayne Kitts, Don Payne and Joe Snodderly pausing for a quick photo as they finish up play on the fourth hole.

The classic is named in honor of Bobby Heatherly, the man who invested 36 years on the hill that’s home to the beautiful nine-hole course.  “This tournament is always going to be our first tourney of the year,” said the of the La Follette Country Club General Manager Josh Vann.  “All the years he worked here and all the hours and self sacrifice he made, this is the least we can do,” added Vann.

The two-person scramble teed off Saturday at 8 am, and the field had a nice increase from last year’s inaugural tournament.  Thirty-six golfers took part in 2019 compared to 50 this past weekend.  (WLAF NEWS PUBLISHED – 06/01/2020-6AM)