TOP PHOTO:  Investigators have been recently making heroin and meth buys from this commonly known drug house in La Follette according to officials. 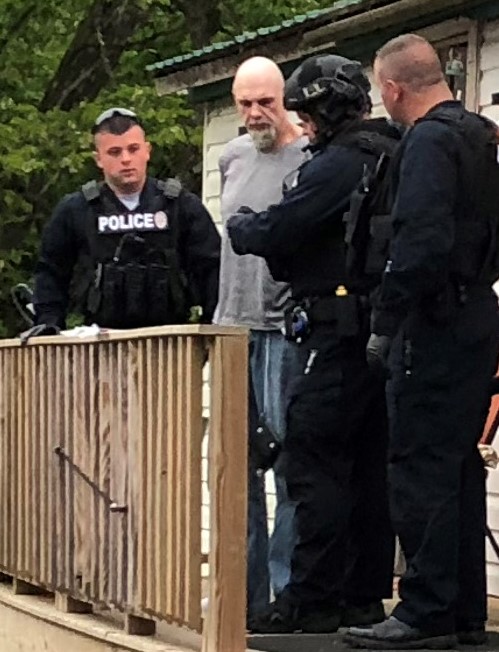 MacArthur Coffey (gray T-shirt) was the focal point of a Tuesday morning raid by La Follette Police and the Drug Task Force.

LAFOLLETTE, TN (WLAF) – On back-to-back days, officers with the La Follette Police Department and the 8th Judicial District Drug Task Force executed early morning narcotics search warrants.  Monday, it was at a home on North 13th Street.  Today, it was at a commonly known drug house on North 7th Street, near the train depot where investigators arrived soon after 7 am. 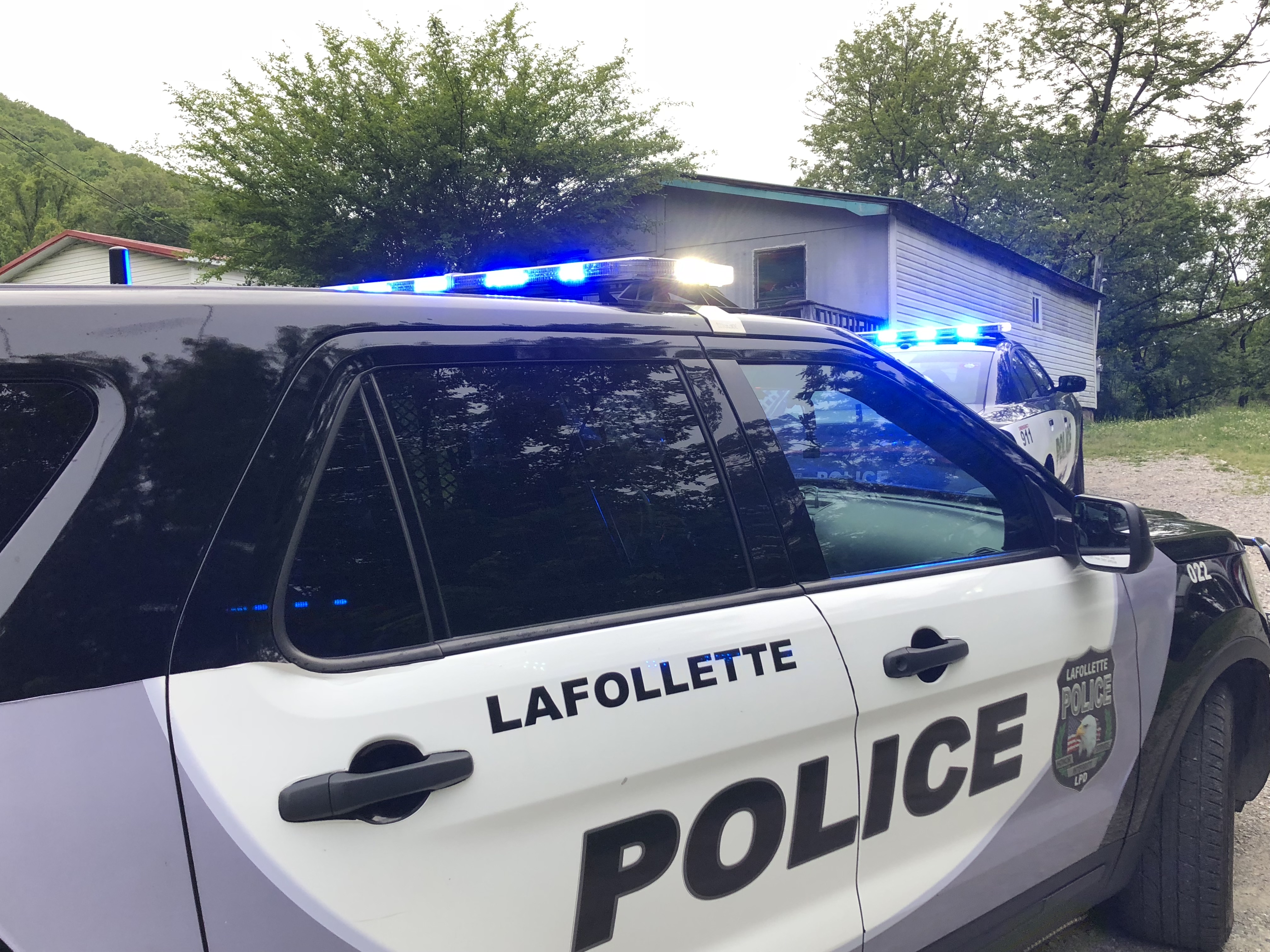 “Our investigators have been buying heroin and meth at this house since the operation began in October 2019,” said La Follette Captain Stephen Wallen.  The captain added, “There have been two suspected heroin overdoses here, and there was one drug overdose death at this home.” 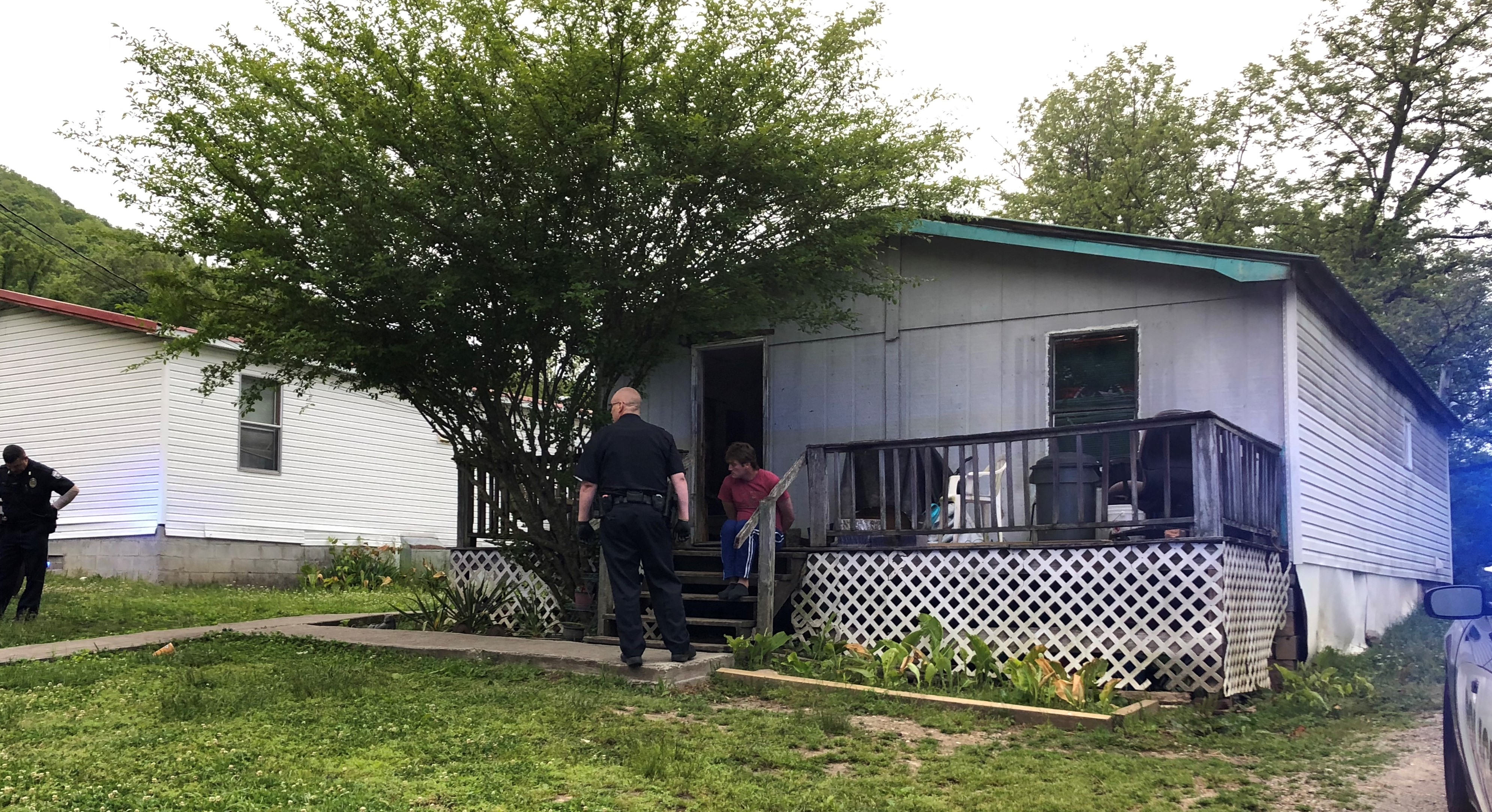 The unidentified man in the red T-shirt sat handcuffed while investigators interviewed Coffey.

Wallen said, “The focal point here is 50-year old MacArthur Coffey.  He’ll likely be charged with the sale and delivery of heroin and meth.  He’s known to move from address to address, but he’s been here a while.”

Officers and units converged on this North 7th Street home just after 7 am Tuesday morning.

The home owner, Randy Partin, is in jail according to Wallen.  Investigators came to this home for Partin in August.  (WLAF NEWS PUBLISHED – 05/12/2020-8AM)