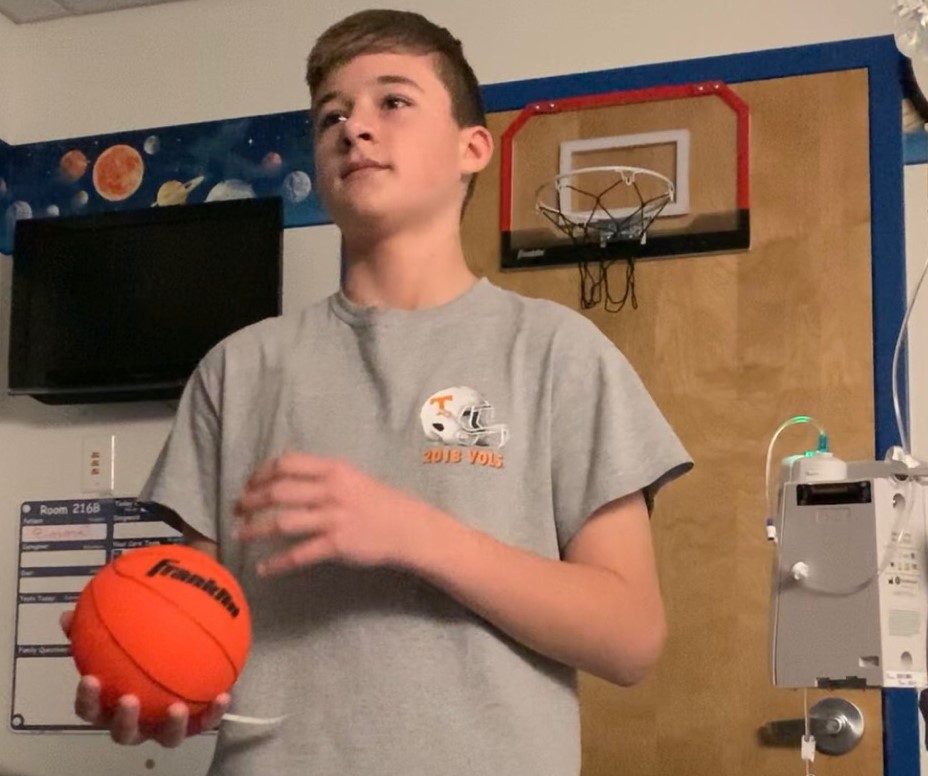 LAFOLLETTE, TN (WLAF) – Slipping on jersey Number 23.  Lacing up his sneakers.  Gunning through his favorite shot; the three-pointer.  It’s all second nature to budding high school basketball star Dalton Brown.  But since the first of the month, he’s been wearing shorts and a shirt without a number, slipping on house shoes, and gunning for a most unfamiliar opponent; leukemia.

“My lymph nodes swelled, and my energy level was low.  When my labs came back abnormal, we knew something was up,” said Brown who’s mother is Advanced Practice Registered Nurse Amanda Brown of Cumberland Gap Medical.  On May 1, he was diagnosed with leukemia, and treatments soon began. 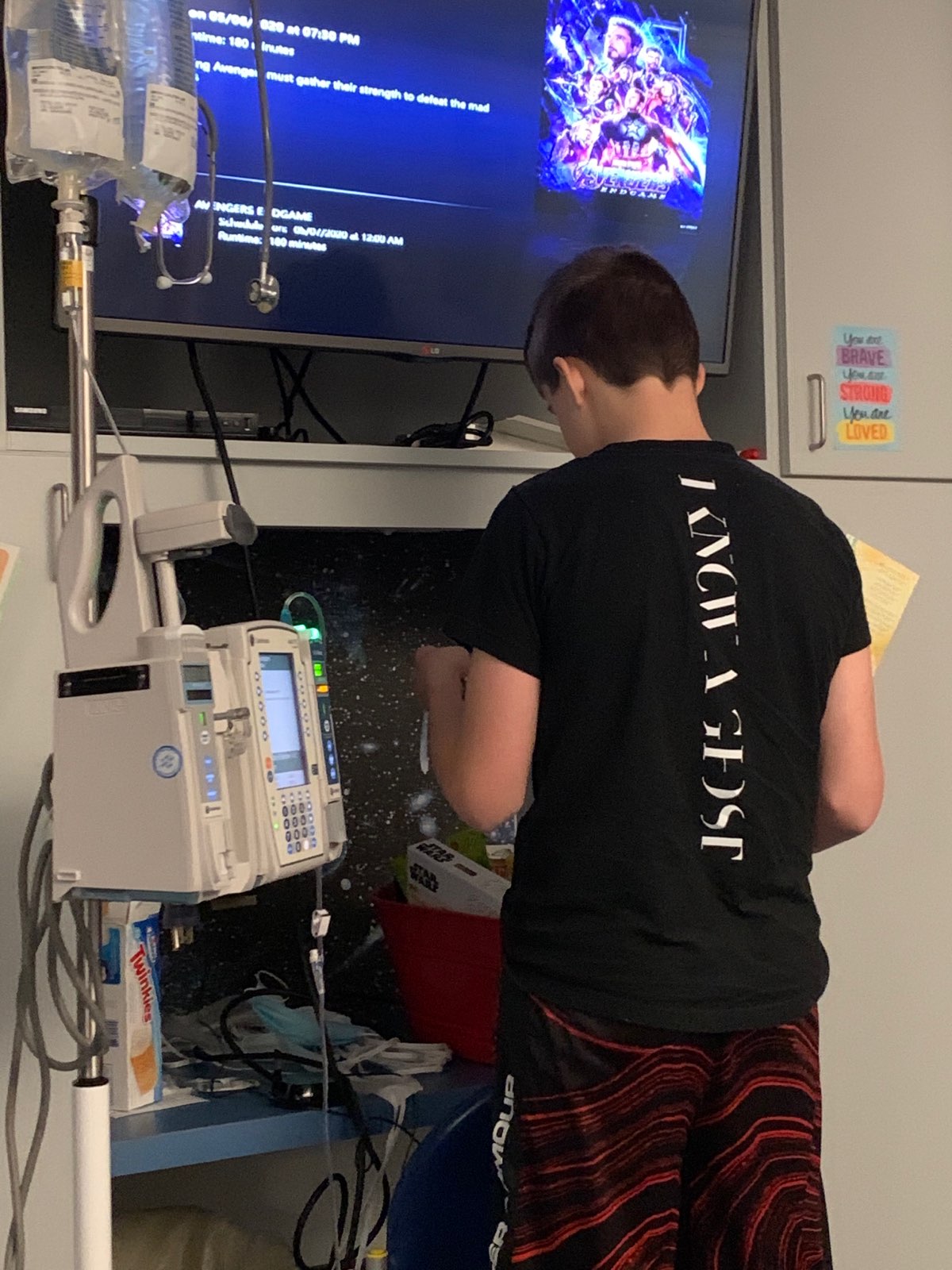 Even though Dalton’s computer is on the fritz, he’s able to play games in his hospital room.  His favorite game is Fortnite, a game he’s pretty good at.

Dalton’s best friend, Josh, was the first person he told.  “Josh let me know that he was there for me and for me to keep him updated,” said Brown.

Since his diagnosis of less than three weeks ago, Brown is up against a most un-teenage-like challenge.  However, Number 23 is up for the challenge and has the attitude to boot.  He confidently said on Tuesday, “I know I’m going to get over it.”

He’s been a bit taken with all the support and is certainly happy to have it.  “My J. Frank White Academy varsity basketball coach, Alan Wright, told me to hang in there while my golf coach Travis Muncy has stayed in touch,” Dalton said.  Coach Muncy and his wife have even delivered care packages to Dalton.  His logo (below) is starting to show up around town on T-shirts and even on WLAF TV 12’s Green Screen. 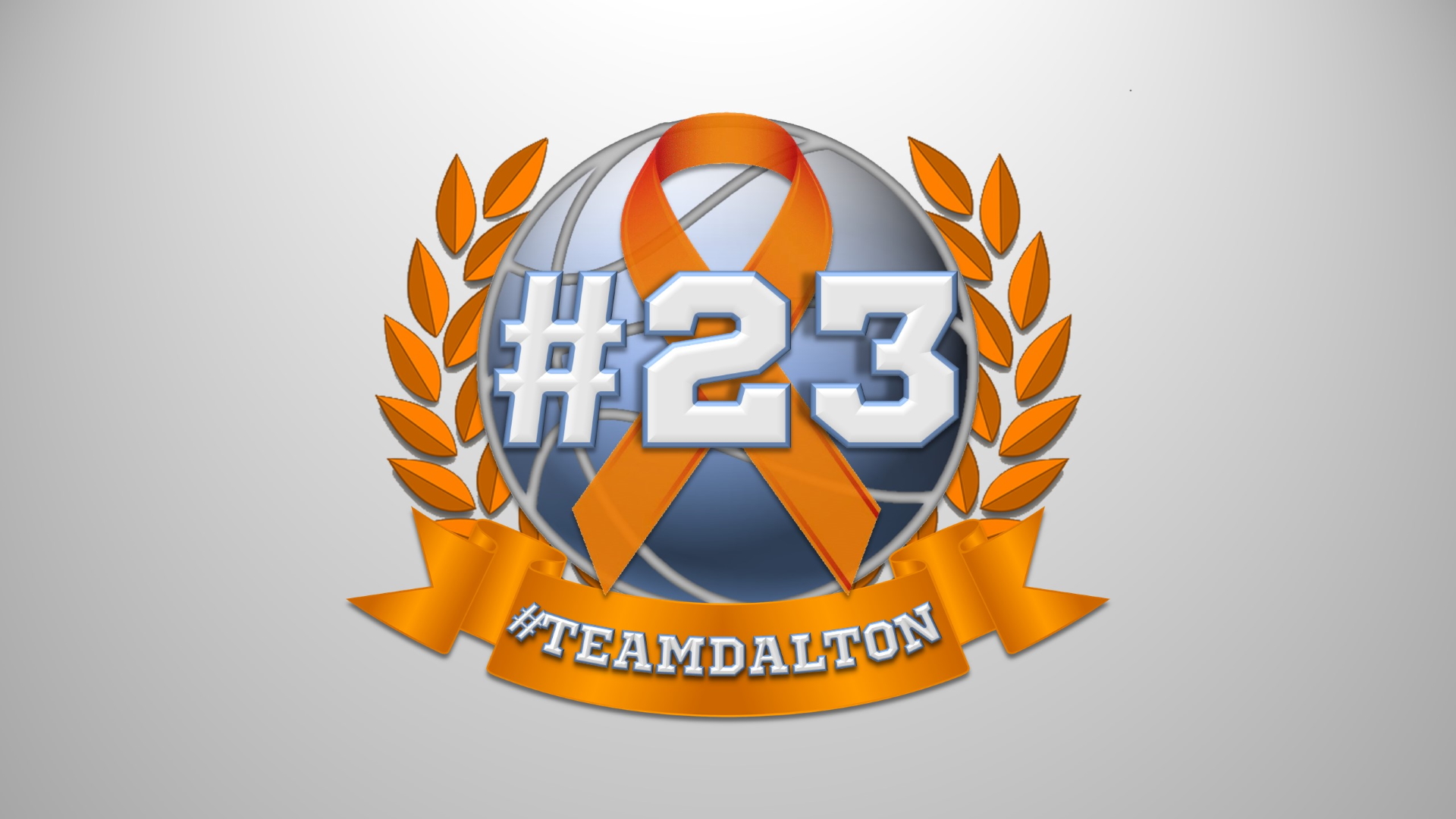 When asked what’s been the toughest thing so far, Dalton said, “Having to stay in the hospital that first week.”  His most recent treatment was on Monday with the next round this coming Monday 18.  Dalton’s team of doctors is encouraged by his progress.  “I think that’s cool,” exclaimed the soon-to-be 15-year- old.

For now, basketball is on hold for the five-seven sharp shooter.  Instead of a basket, Dalton Brown’s put a bullseye on leukemia.  (WLAF NEWS PUBLISHED – 05/13/2020-6AM)

5 Replies to “Brown stares down his toughest opponent; leukemia.”