Failing to maintain his lane cost a White Oak man a trip to jail.

Long before sun up Sunday morning, Campbell County Sheriff’s Deputy John Minor noticed a vehicle on Pine Mountain Road having issues maintaining its lane. Minor saw the vehicle cross the fog line twice and the center line of the road twice. When Minor stopped the vehicle and approached the driver, he could smell a strong odor of alcohol. He noticed that the driver, who was later identified as Brandon Isaac Shelby had blood shot eyes, according to the report. During this time, Minor noticed an open case of Bud Light in the back-passenger floor board. 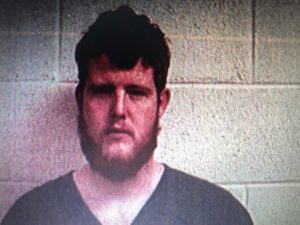 Shelby, 20, of White Oak is charged with DUI

When asked for his driver’s license, the deputy noticed that Shelby appeared very nervous. At this point, Minor asked if he drank any alcohol today. The man allegedly said he had had two beers. Minor asked if he was sure it was only two beers, and he then said he drank three beers.

Shelby was given field sobriety tests and read his Miranda warnings. He then asked Shelby where he had got the alcohol, to which he allegedly said at a party in Jellico where he drank five beers before leaving. He said that he last drank at around 2:30 am.

Shelby, of  Hickory Hill Circle, White Oak is charged with drivers to exercise due care, under age consumption of alcohol and driving under the influence (DUI).  He is free this morning on a $3,750 bond and is scheduled to appear in court on Thursday at 9 am. (WLAF NEWS PUBLISHED – 03/27/2019-6AM)

One Reply to “Shelby charged with underage consumption”