Cove Lake State Park will have a new park manager later today.    Casey Hatmaker will be officially named as park manager this morning at 10 am in a ceremony and celebration at the Cove Lake Park Pavilion.  The ceremony is hosted by the Tennessee Deputy Commissioner of the Bureau of Parks and Conservation, Brock Hill. 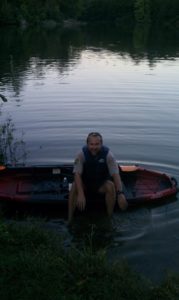 One Reply to “Hatmaker to be named park manager today”