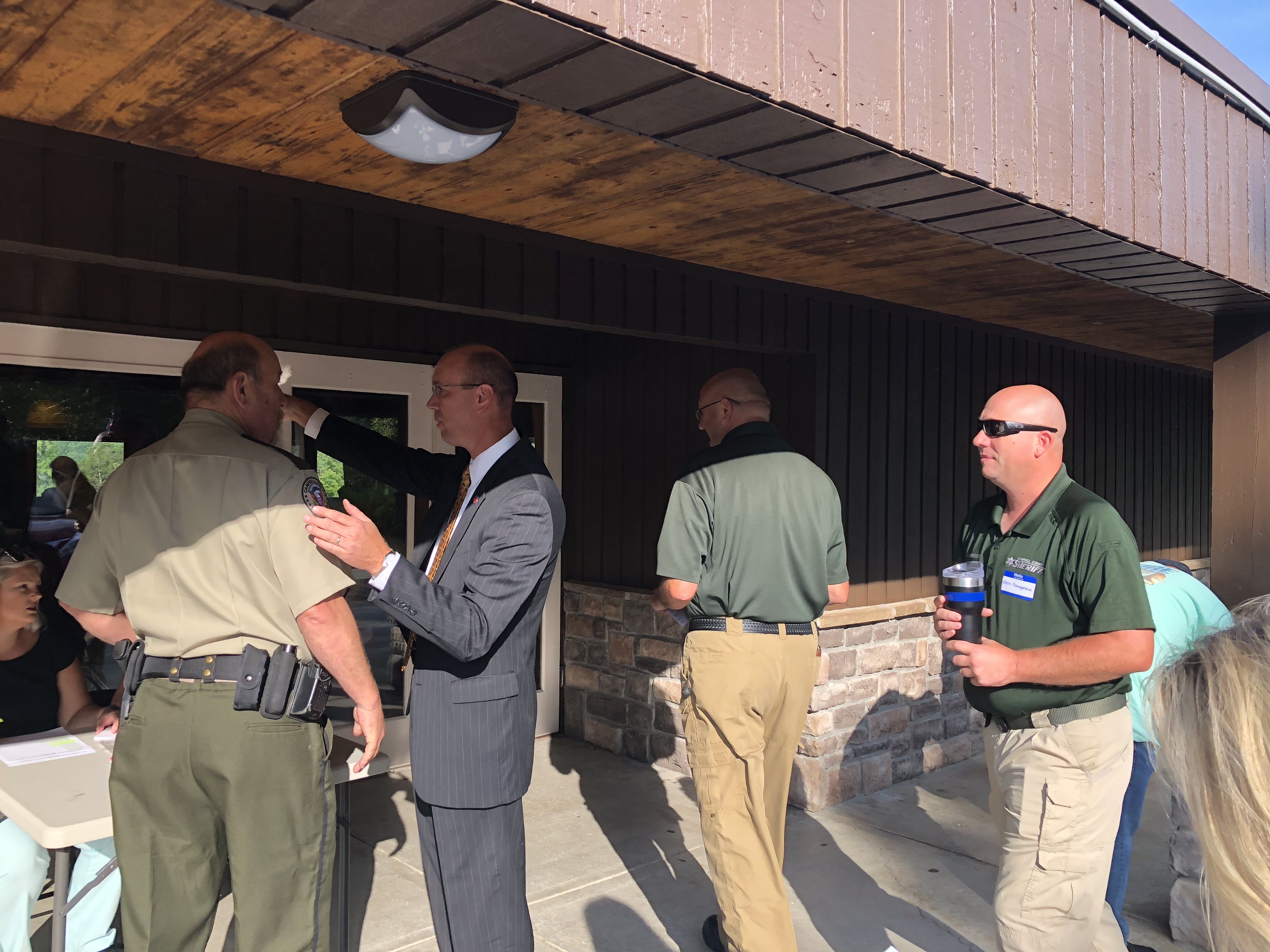 CARYVILLE, TN (WLAF) – Every school and every sheriff’s office from the 8th Judicial District was represented at the first School Resource Officer (SRO) and School Administration Training Session. Jeffrey Miller, from the 1st District, represented the Campbell County Board of Education.   “I’m overwhelmed by the participation,” said Eighth Judicial District Attorney General  Jared Effler.  More than 100 people from Campbell, Claiborne, Fentress, Scott, and Union counties filled the Cove Lake State Park Pavilion on Thursday to take part in the day long event that was hosted by the district attorney’s  office. Effler pointed out, “My staff came up with the idea and has been brainstorming and preparing for this day over past couple of months.” 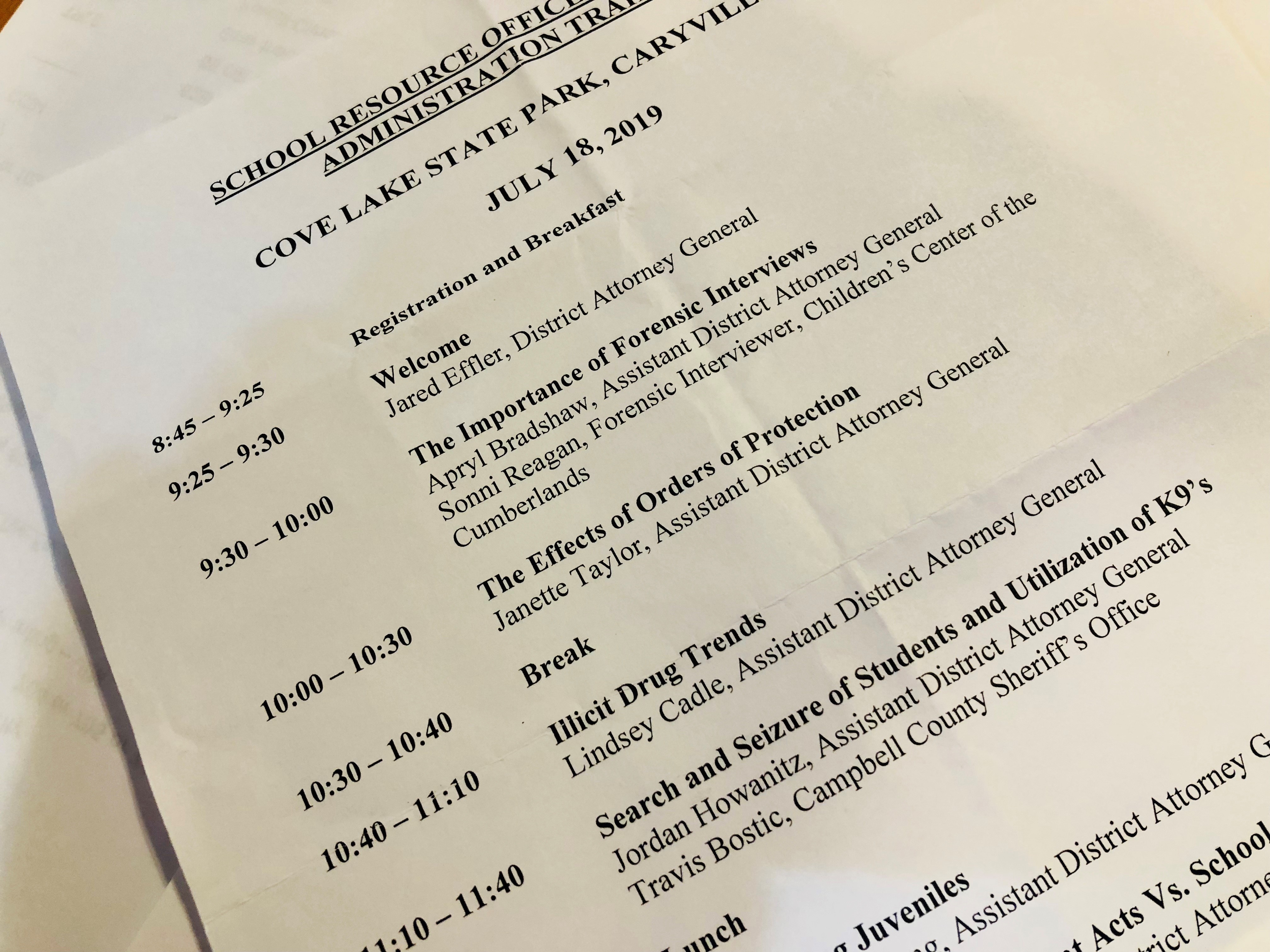 “I am honored to work alongside you in improving safety for our children,” Effler said as he opened the session just before 9:30 am. He described it as a good triangle working relationship involving the SROs, school administrators and the DAG office.  The Eighth Judicial District is the only rural district in Tennessee to have children’s centers for all of its counties. 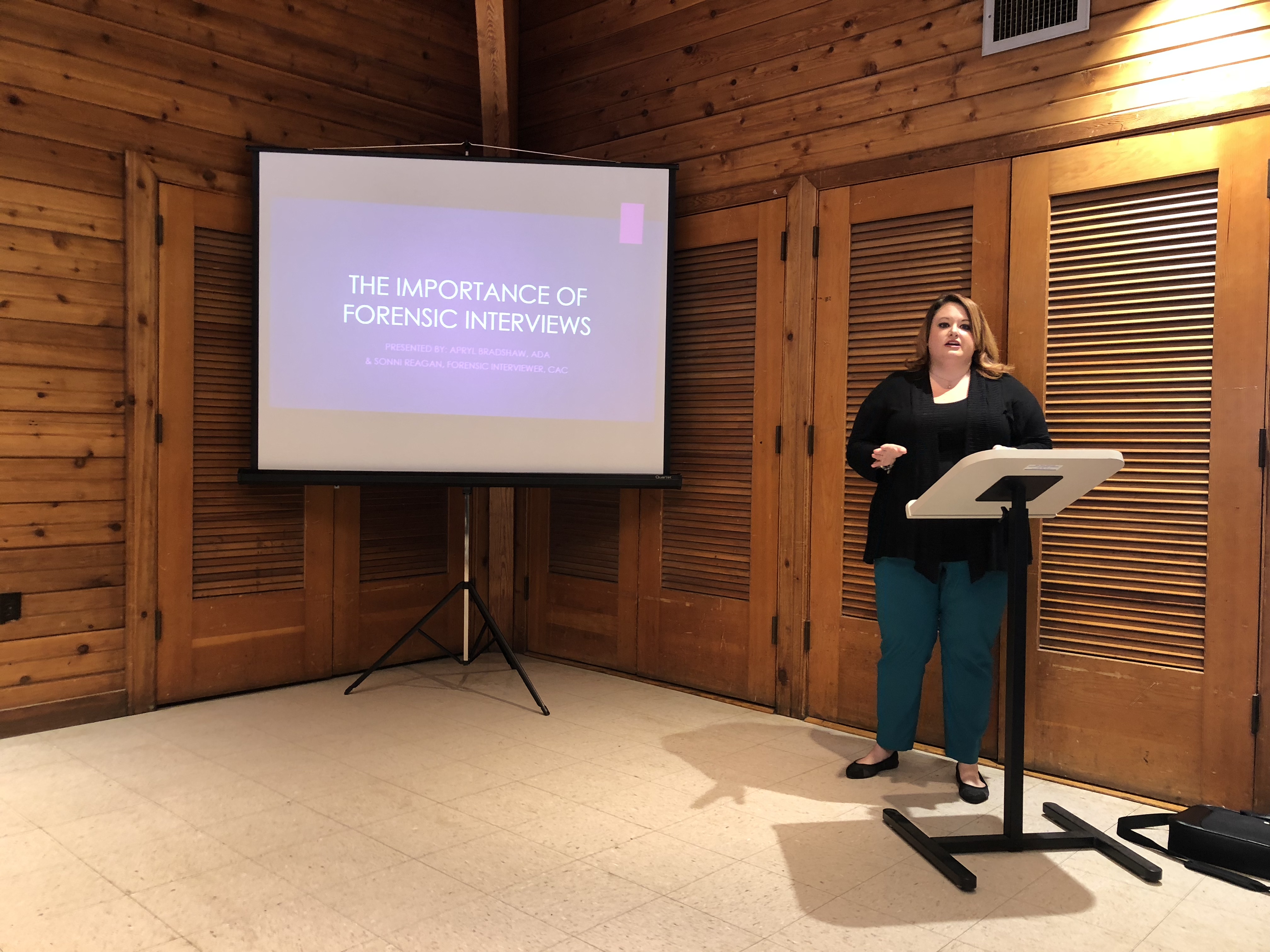 Apryl Bradshaw (ABOVE) was the first presenter and focused on the importance of forensic interviews. She said, “The school is usually the link between a child and the Department of Children Services.”  The one time DCS employee went on to say that when something happens to a child, in particular over the summer, it will more than likely say something about it to a teacher when school is back in session.

“I gained great knowledge as a new school board member on several topics in particular on some school board policies with regard to Cannabidiol (CBD) and searches on school property,” one officer said. 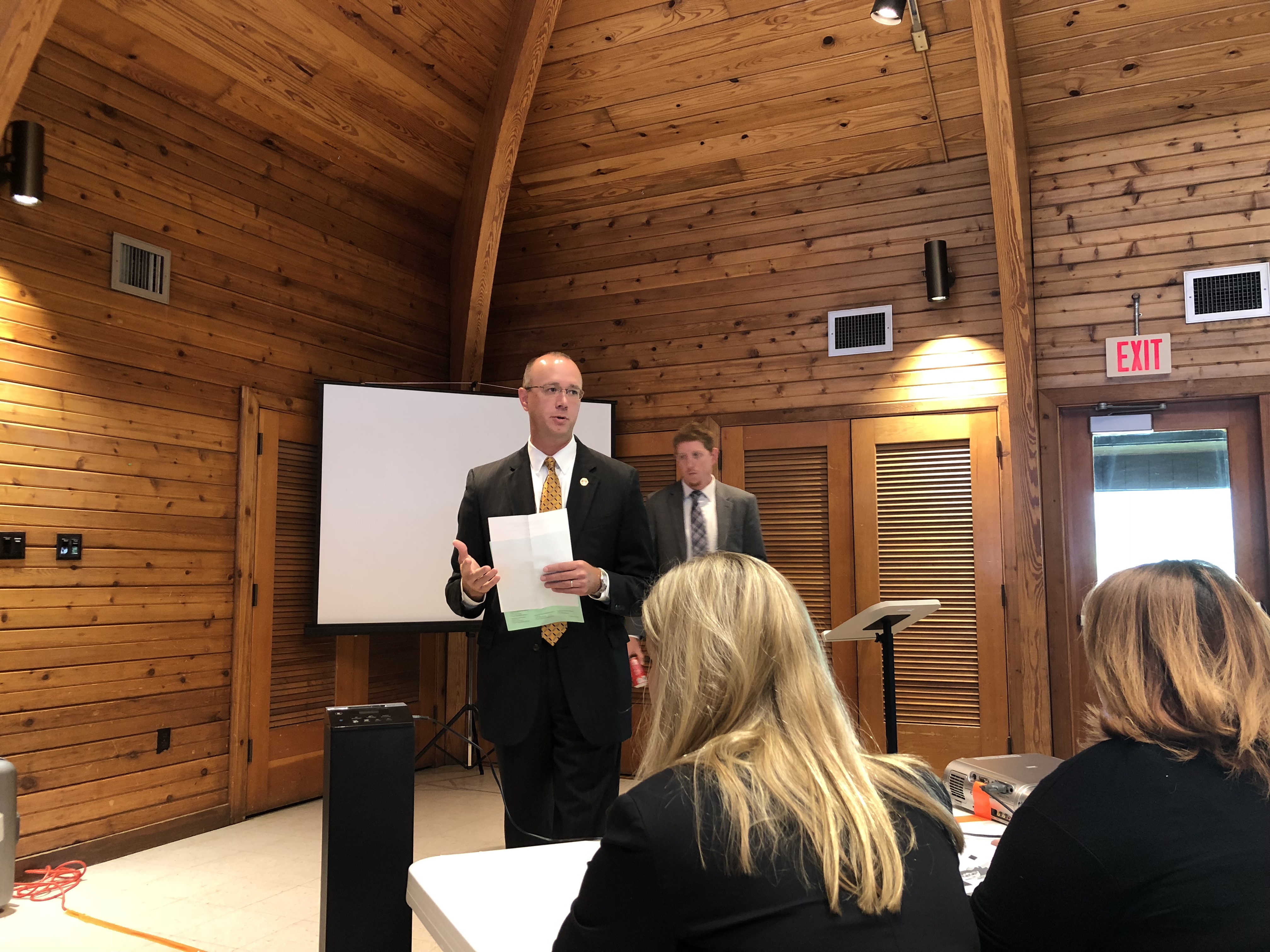