The WLAF – Hammrtech Hot Line
... FREE food give-a-way Wednesday morning at 8 am at the La Follette Church of God ...

TOP PHOTO:  With the backpack in the foreground (left to right) are Capt. Steve Wallen, Sgt. Noah Riggs and Patrol Officer Shane Tillman as a body rests in high grass inside the area of the triangle the trio is forming.

LAFOLLETTE, TN (WLAF) – La Follette Police Captain Steve Wallen informed WLAF News early Monday afternoon that the body that was discovered on the morning of September 13, 2020, has been positively identified. 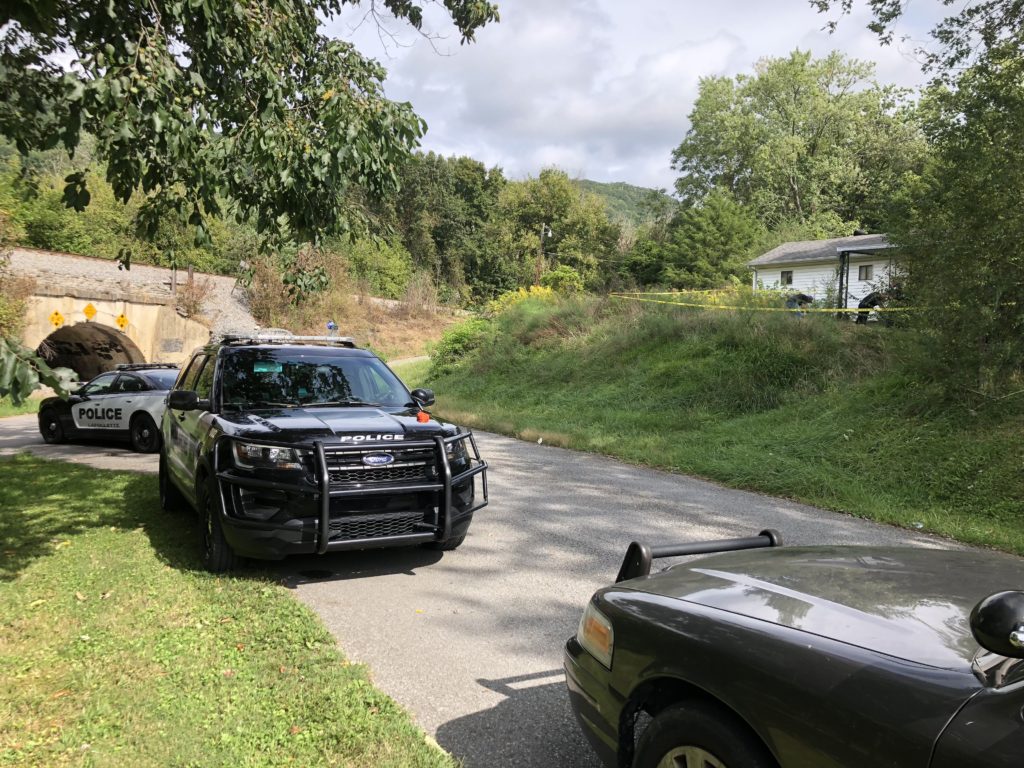 Investigators with the La Follette Police Department were called to this home on North 13th Street after a body was found in the front yard of the residence.

Forensic specialists identified the person as 59-year old Joey Steven Lively.  Lively’s body was found in waist high grass by a passerby in the yard of the home where Lively lived; 206 North 13th Street.  That was around 10 am on Sunday, September 13, 2020.

The Captain noted that a couple of more tests are still being conducted, and that the prevailing school of thought is that Lively died of natural causes.  Foul play is not suspected according to the Captain.  Wallen is not sure if it can be determined just how long Lively had been dead though he is confident that is was at least two weeks before his body was discovered. (WLAF NEWS PUBLISHED – 09/21/2020-1:30PM)