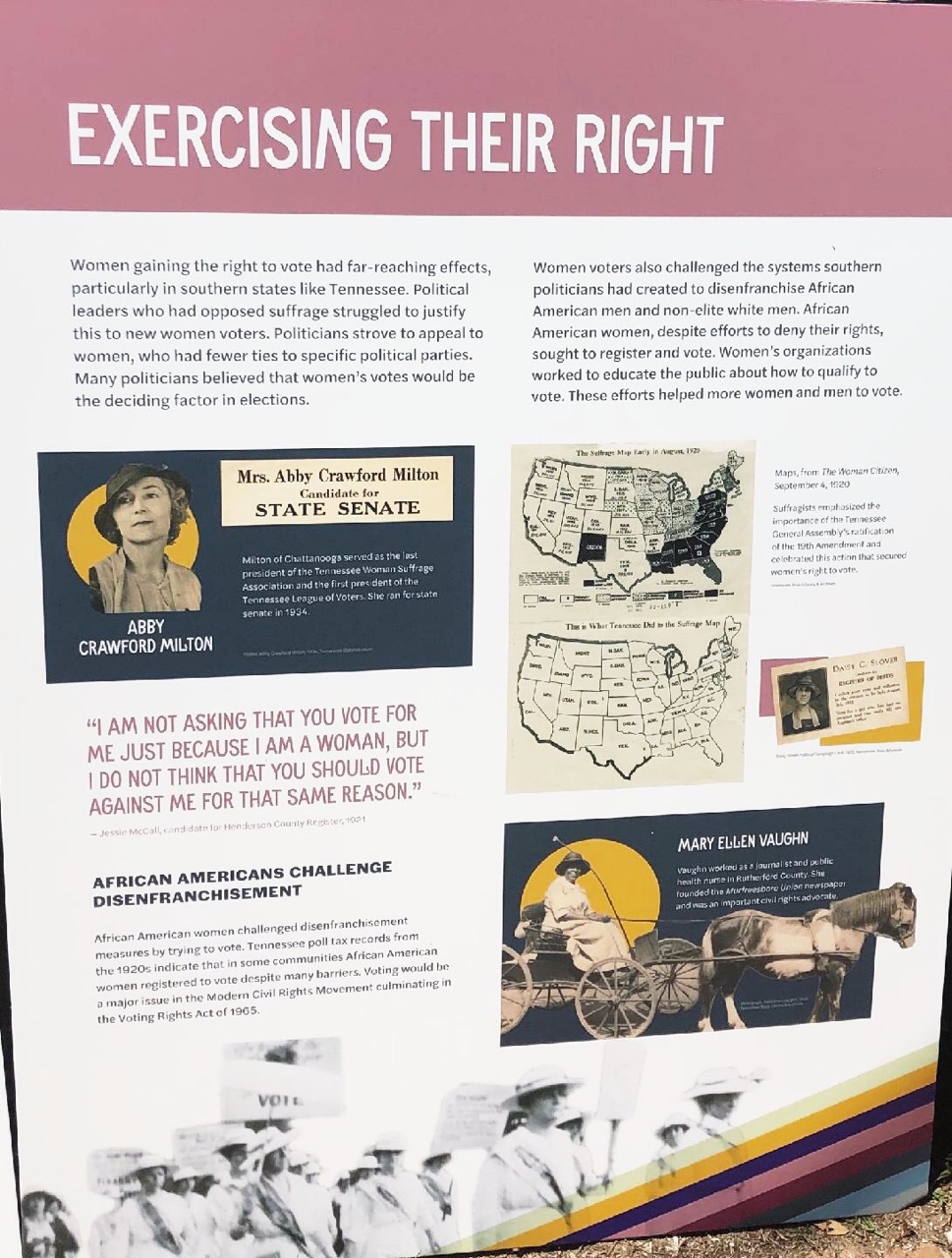 TOP PHOTO:  A historical exhibit brought to Campbell County by Postmark LaFollette was unveiled at Tuesday’s South Campbell County Rotary luncheon. The exhibit will be loaned out to local entities for future display.

August 18 marked the 100th anniversary of the ratification of the women’s vote by the state of Tennessee. This date is a milestone in American history for many reasons, including the passage being done by the Volunteer state. 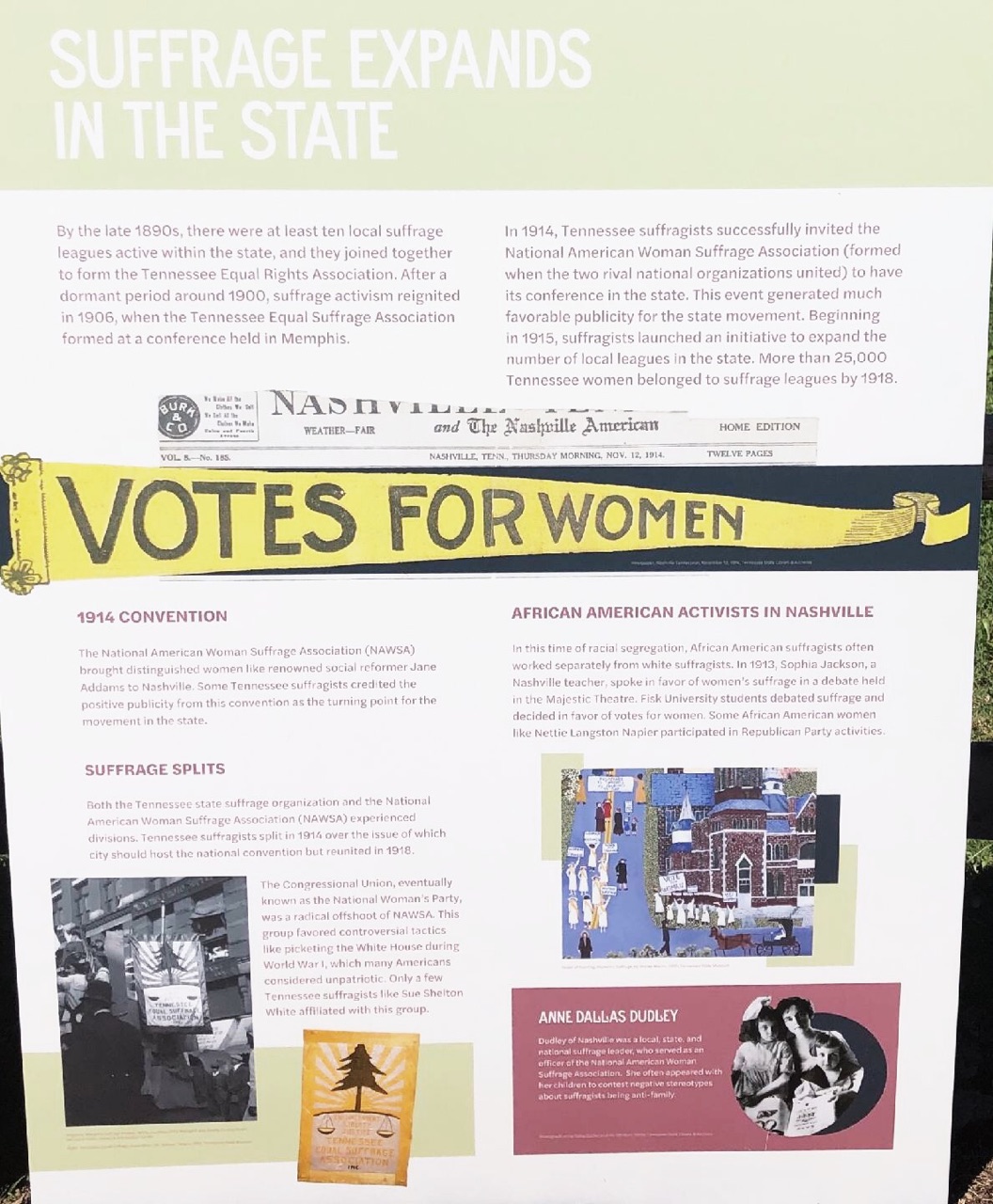 Watch for this historical display featuring the story of women’s suffrage in Tennessee. The exhibit is being sponsored locally by non profit Postmark LaFollette.

According to Postmark LaFollette Co-founders and Co-chairs Karen Cumorich and JoAnne McCloud Meyers, the exhibit showcases a “vital part of Tennessee and American history.”

“A lot of people, both male and female take voting rights for granted because they can’t imagine a time that women could not vote” Cumorich said. The exhibit details the history that led to the ratification of women’s voting rights in Nashville in August of 1920.     The panels are moveable and the plan is for it to go on display at various locations around the county. The exhibit can be loaned out to school’s, local cities, libraries, churches and even businesses can request to display the panels for a week at a time. The exhibit will become part of Postmark LaFollette’s archive of exhibits and can brought back out for display each year. 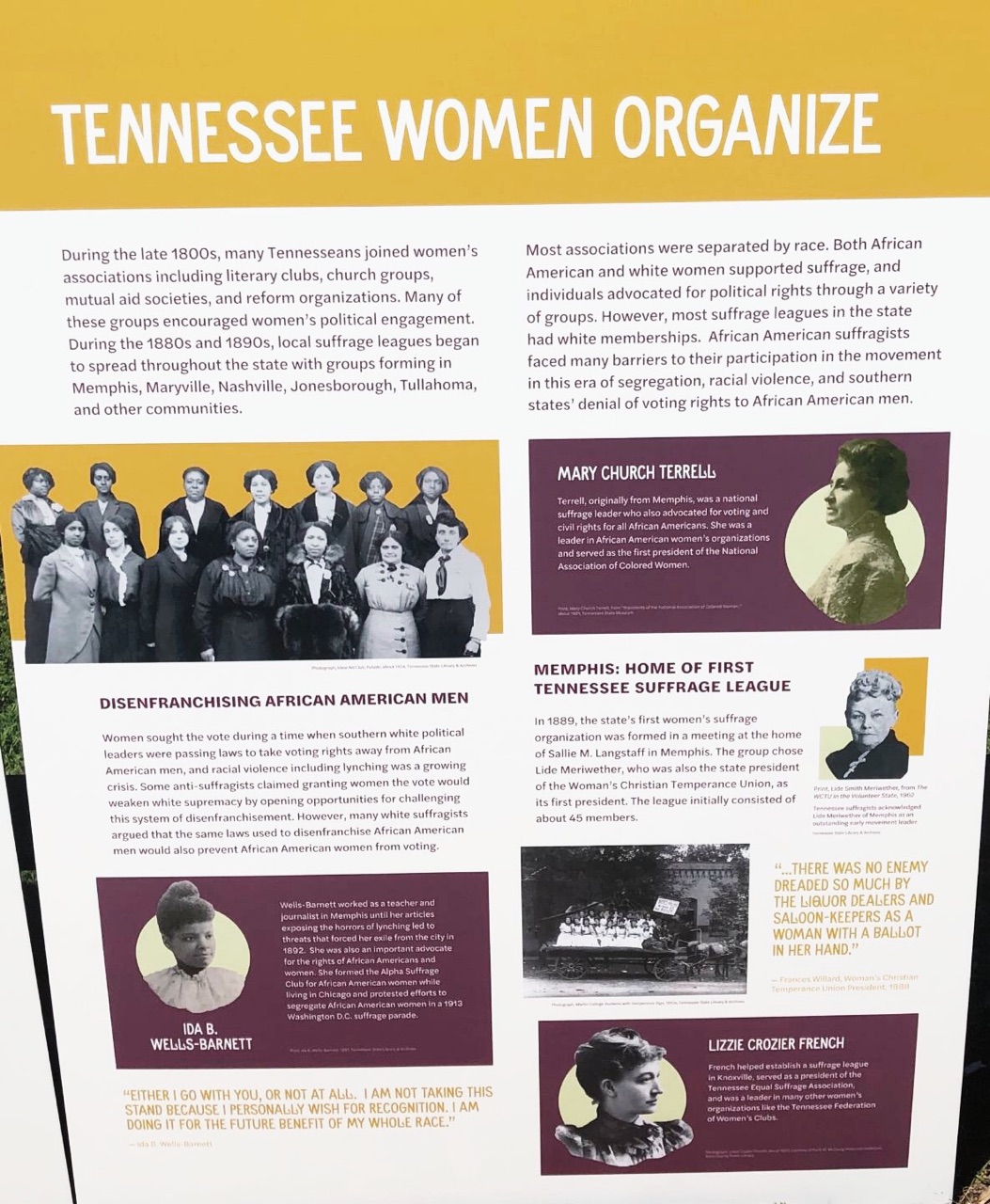 A historical exhibit brought to Campbell County by Postmark LaFollette was unveiled at Tuesday’s South Campbell County Rotary luncheon. The exhibit will be loaned out to local entities for future display.

Postmark LaFollette plans to try to work with the schools as there is an educationalcomponent associated with the exhibit. Teachers can visit HERE to download educational content and lesson plans.

To Make Our Voices Heard:  Tennessee Women’s Fight for the Vote was organized by the Tennessee State Library and Archives and the Tennessee State Museum with funding provided by The Official Committee of the State of Tennessee Woman Suffrage Centennial. This project was also funded in part by a grant from Humanities Tennessee, an independent affiliate of the National Endowment for the Humanities.  You can also check it out on Facebook.and connect on Instagram and Twitter.

Postmark LaFollette is a non profit organization that was established in 2017. For more information visit HERE.  Anyone wishing to request the panels for display can do so via email.  (WLAF NEWS PUBLISHED – 08/19/2020-6AM)