TOP PHOTO:  On Wednesday morning, eastbound travelers through La Follette were funneled down to one lane to make it past a wreck on East Central Avenue at Indiana Avenue. 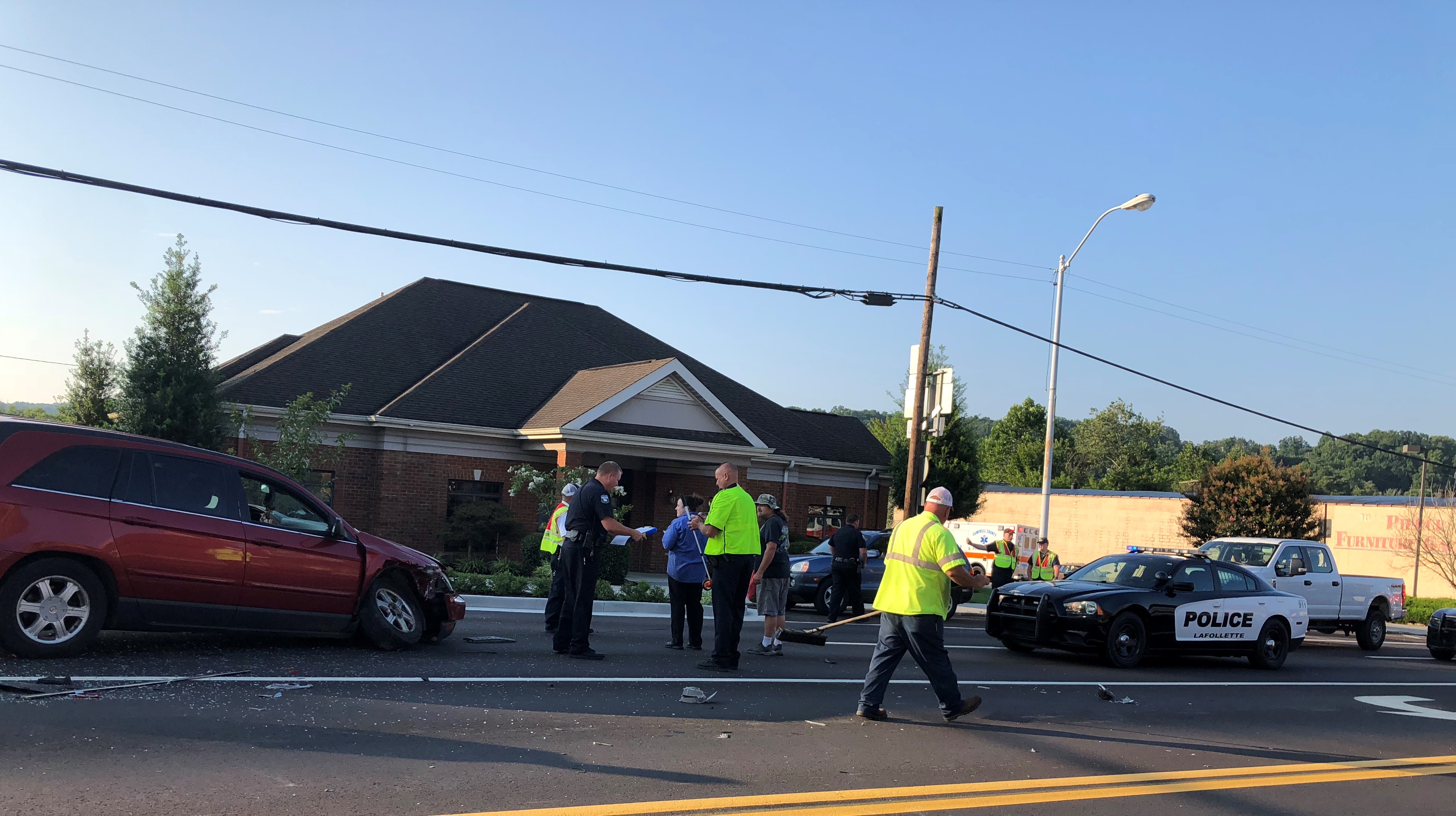 LAFOLLETTE, TN (WLAF) – Two rush hour wrecks on Wednesday morning happened about an hour apart; the first at Caryville and the second in La Follette. 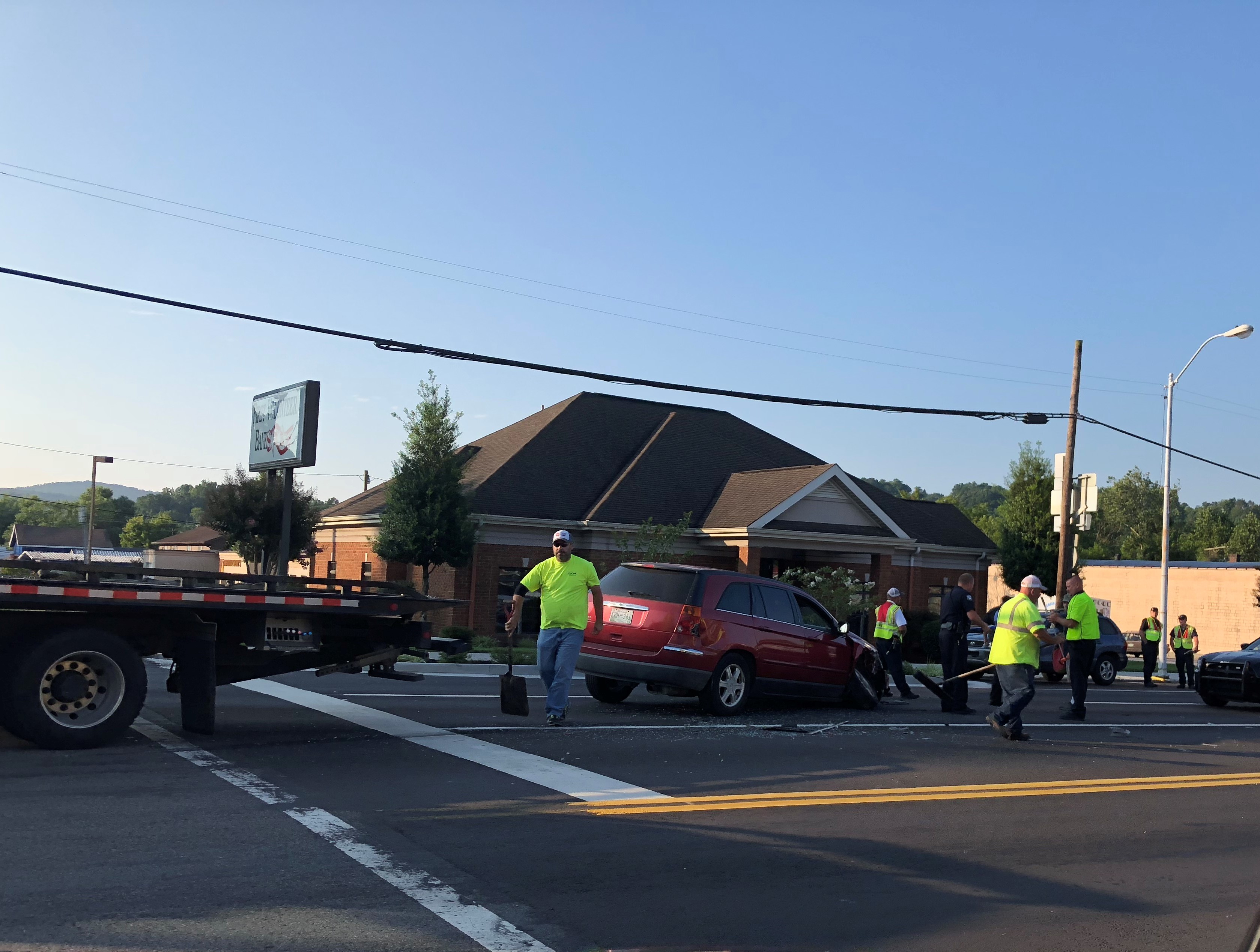 One person was injured in a wreck on Wednesday morning where Central and Indiana Avenues meet.

There was a wreck with injury in front of Shoneys called in at 6:25 am this morning.  The other mishap occurred just before 8 am in Downtown La Follette.  That crash was in the eastbound lanes of East Central Avenue at the intersection of Indiana Avenue.  One person was injured in that wreck.  (WLAF NEWS PUBLISHED – 08/05/2020-8:30AM)