TOP PHOTO:  As many as 10 emergency vehicles were on the scene where two people died this afternoon at a Jacksboro home. 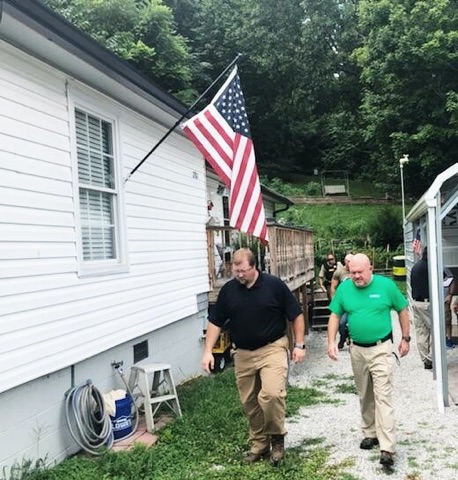 JACKSBORO, TN (WLAF) – Details are few at this point of following an investigation by the Campbell County Sheriff’s Office into multiple deaths at a Campbell County home.

The call came in to the E-911 Dispatch Center just before 1 pm on Thursday of two people pronounced dead with gunshots involved.  One official suspects it was a murder-suicide.

Campbell County Detectives are on the scene at a home on Queener Road at Jacksboro.

12 Replies to “Investigators on scene of possible murder-suicide”