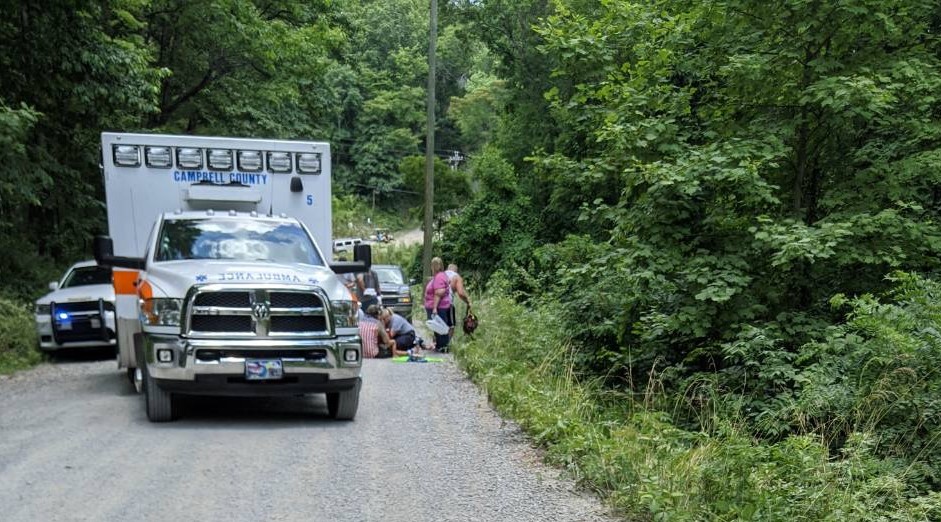 First Responders responded to an ATV rollover accident around 1:30 pm on Saturday afternoon.

First responders described the wreck site as at the top of Ivydale en-route to Peabody Mountain.

Initially a couple of medical helicopters were placed on standby.  The Anderson County Ambulance Service was also called on to cover in the event the situation developed further. 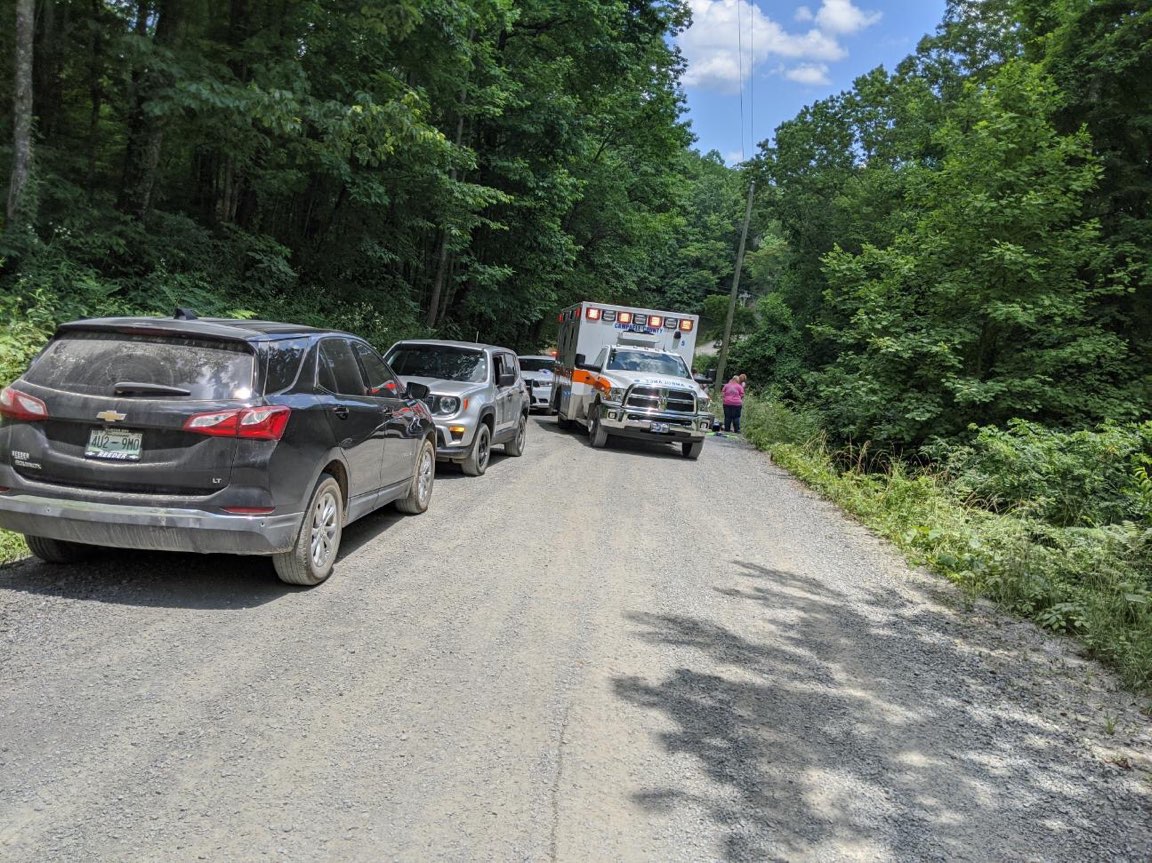 The scene of the ATV wreck as described at the top of Ivydale.

A Campbell County Sheriff’s Deputy at the scene described the ATV as being 10 to 15-feet down an embankment.  All nine patients were transported to the La Follette Medical Center suffering from non-life threatening injuries according to officials.  (WLAF NEWS PUBLISHED – 07/04/2020-2:45PM-UPDATED 07/04/2020-3:15PM & 3:30PM-PHOTOS COURTESY OF CAMPBELL COUNTY CHIEF DEPUTY MATT WASSON)