TOP PHOTO:  The last house within the La Follette City Limits on Ridenour Lane is the one at 214.  A narcotics search warrant was executed at the home at 7:45 am on Tuesday. 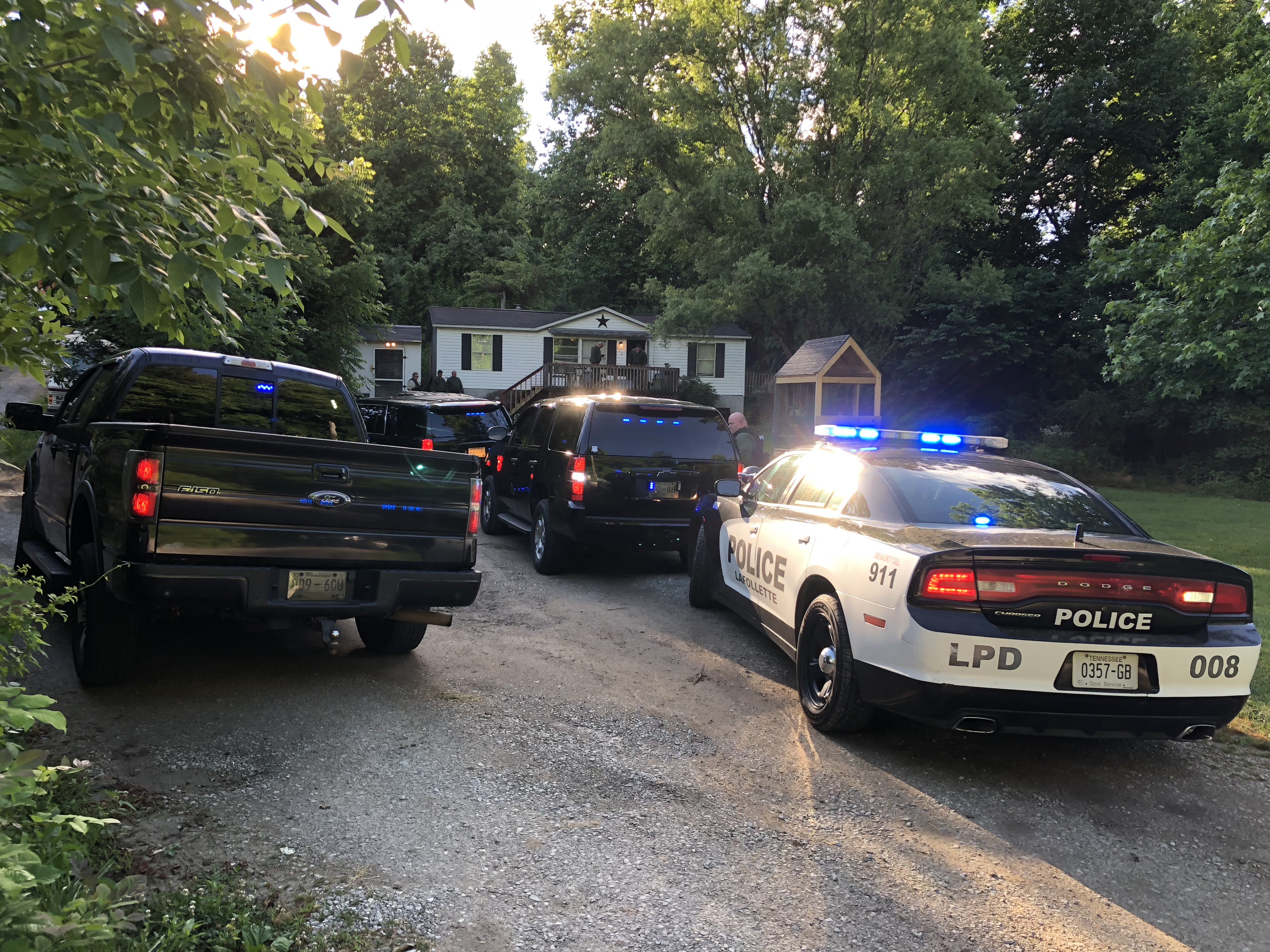 Children were removed from this home where police say they’ve been making undercover drug buys the past few weeks.

LAFOLLETTE, TN (WLAF) – Not long after daybreak this morning, an infant in diapers along with his brother and sister were removed from a home where police say heroin was being sold.

Members of the La Follette Police Special Response Team and Drug Unit along with deputies from the Campbell County Sheriff’s Office and investigators with the 8th Judicial District Drug Task Force executed a narcotics search warrant at 214 Ridenour Lane just before 8 am on Tuesday morning. 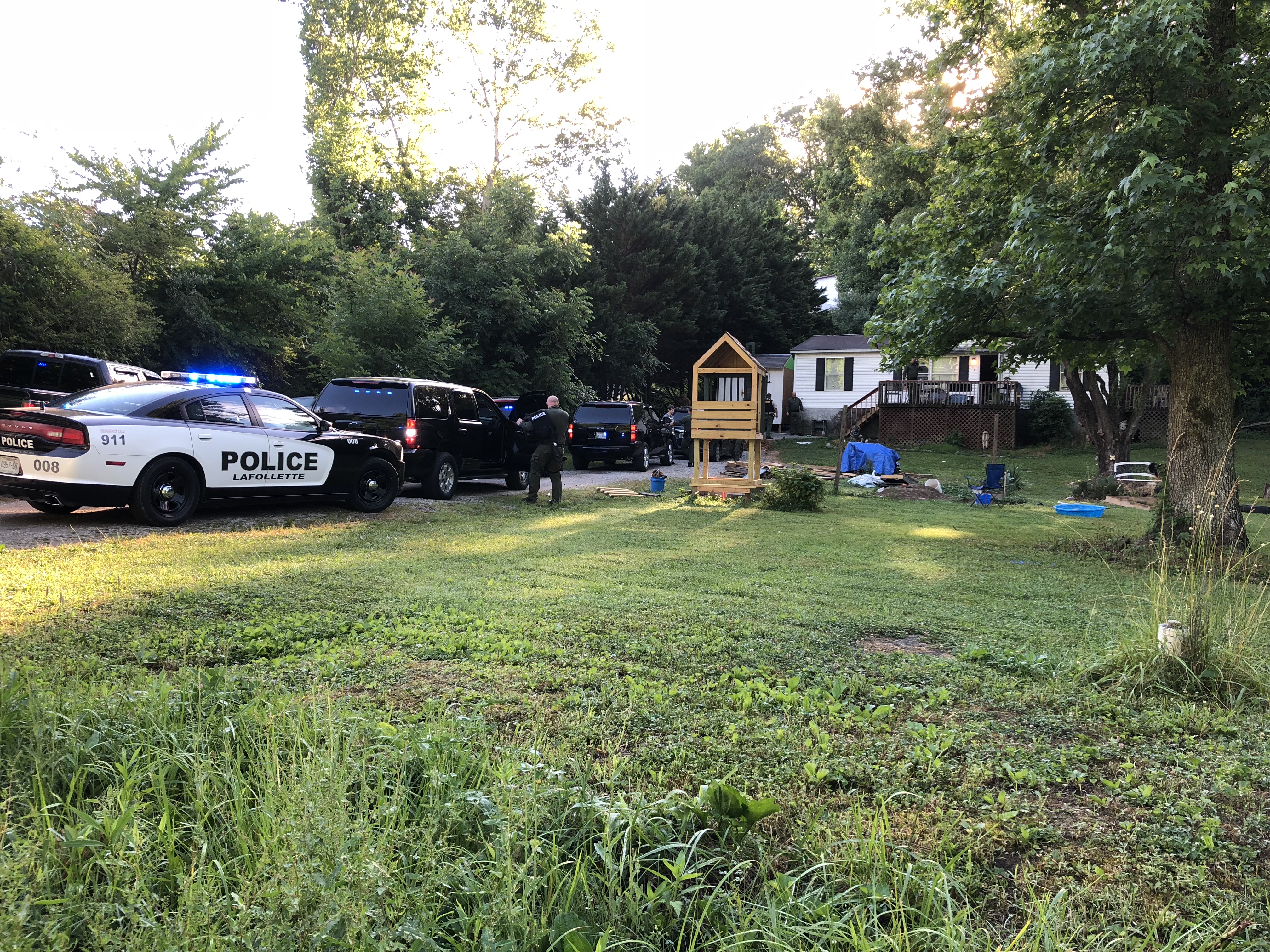 Three children, one an infant, all under age 10 lived in this home where police say herion was being sold.

LPD Captain Stephen Wallen said, “Our target today was a convicted felon, 29-year old Mitchell Swygart.  Investigators with La Follette’s Narcotics Unit and the DTF recently made herion buys at this home, and that led to today’s execution of the warrant.”

Aside from Swygart, 27-year old Michael Barrington and, the mother of the children, 29-year old Brittany Jones, were still being questioned when WLAF News left the scene.  The children, two boys; a 15-month old and nine-year old, along with their eight-year old sister, are now in the care of the Department of Children Services.

This home on Ridenour Lane is about 500-yards off the four lane near the mall.