TOP PHOTO:  What a weekend of competition it was for the Campbell County Middle School Fishing Team. 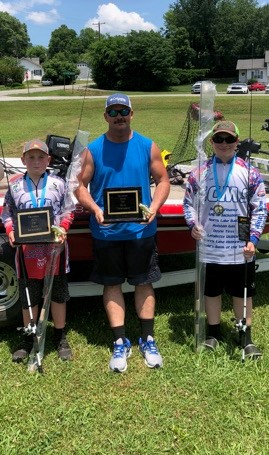 The Campbell County Middle School Fishing Team of Mason Dople and Gabe St. John won the TBF/FLW State Championship on Chickamauga Lake on Sunday making it two years in a row as champions. 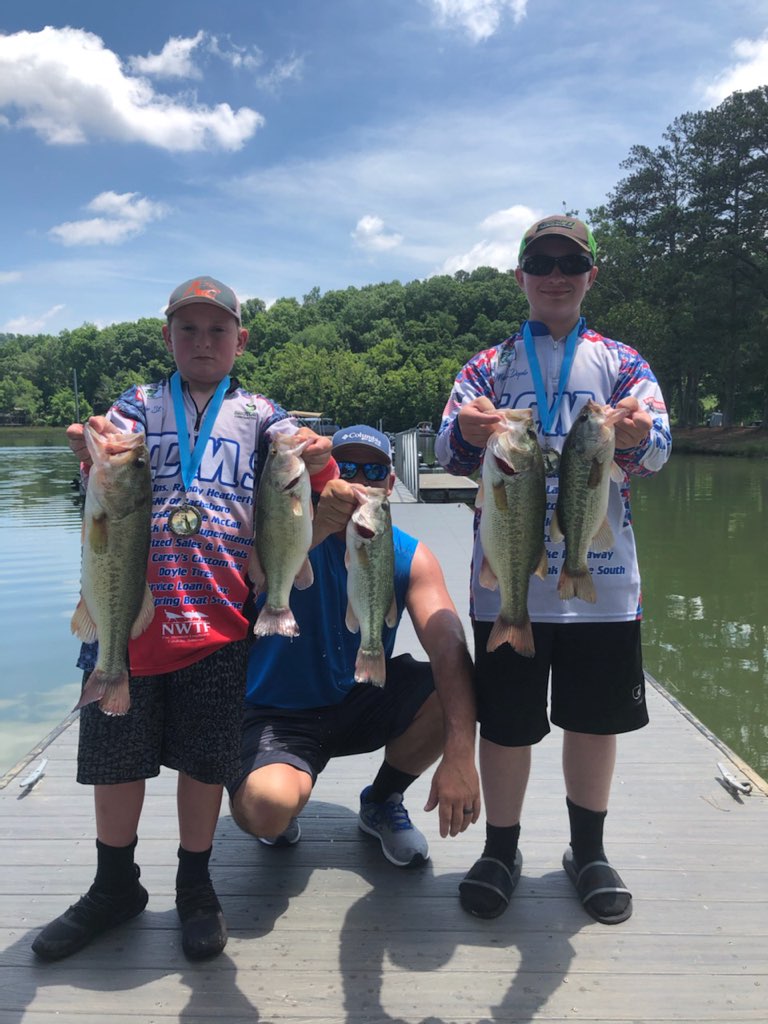 The Dople-St. John team hauled in a total weight of 11 lbs 14 oz with five fish.  This victory means the duo will return for the nationals like in 2019. 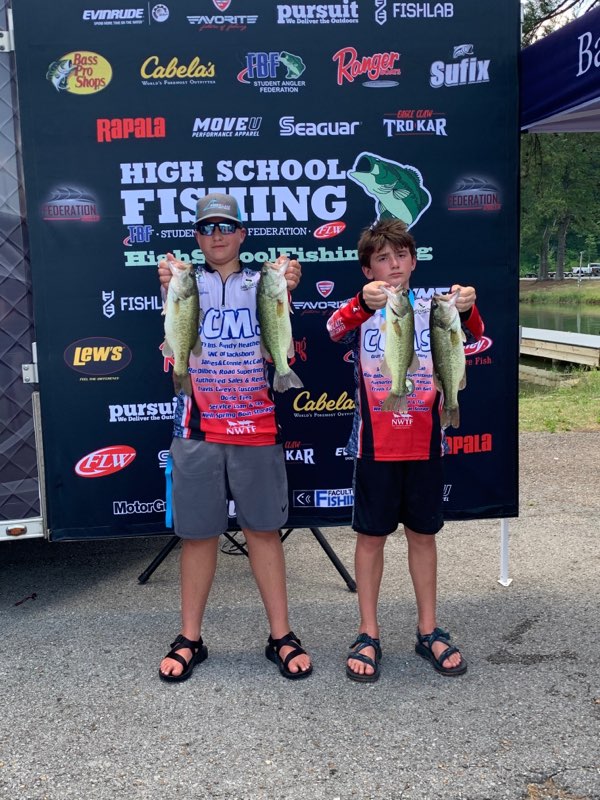 The team of Reid Chapman and Mac Fritts (above left to right) claimed second place.  They weighed in at 6 lbs 14 oz with four fish. 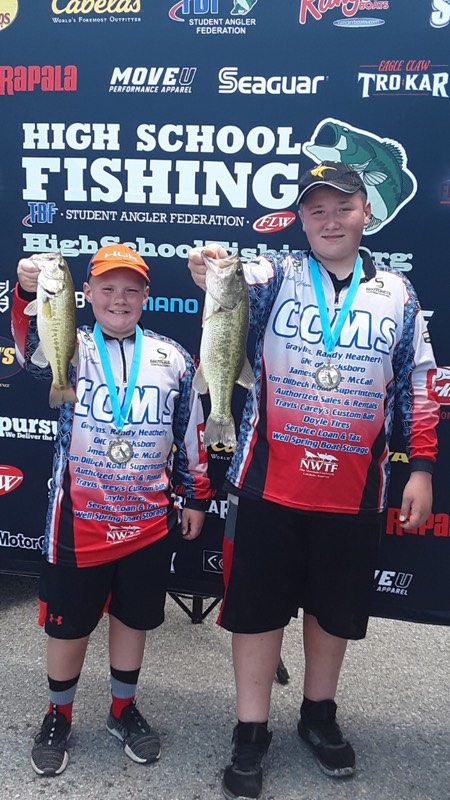 Fifth place belongs to Ayden Malone and Anthony Malone (above left to right).  The Malones claimed a weight of 3 lbs 11 oz with two fish.