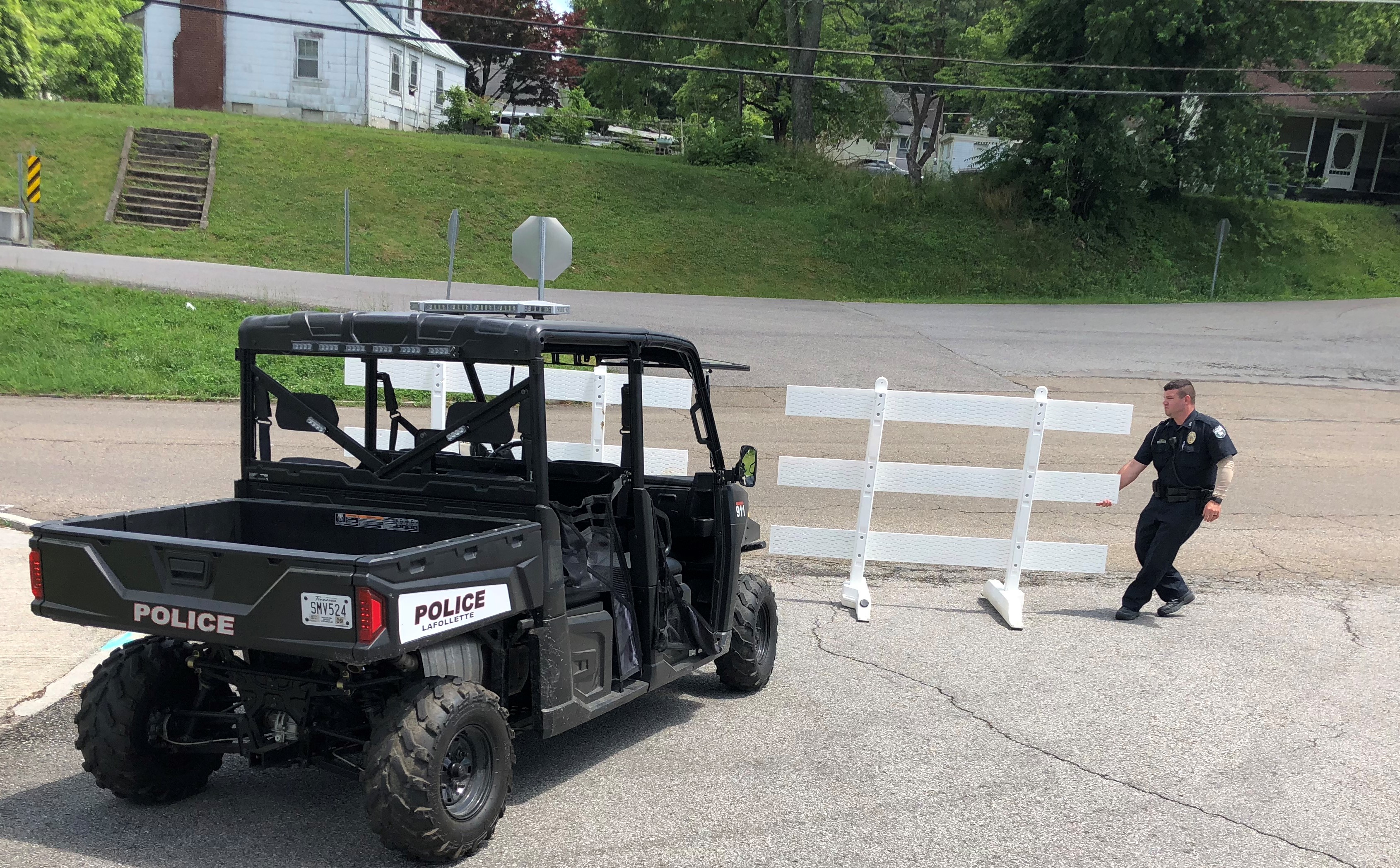 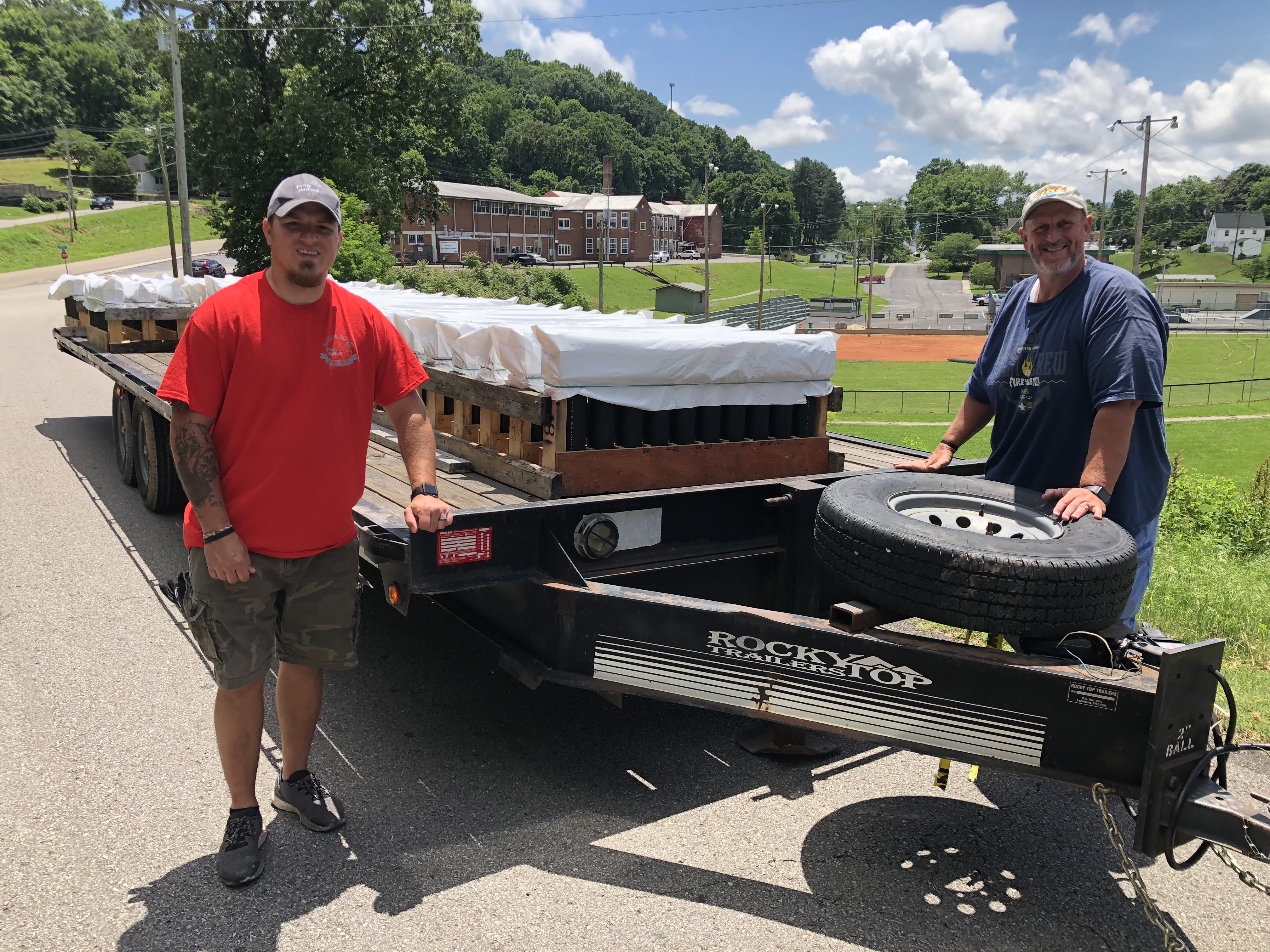 The son-in-law and father-in-law team of Justin Chapman (left) and Brian Nelson will spend a few hours getting set for the Downtown La Follette shoot.  Chapman said, “We’ve already done a lot of prep before we made it over here this afternoon.” 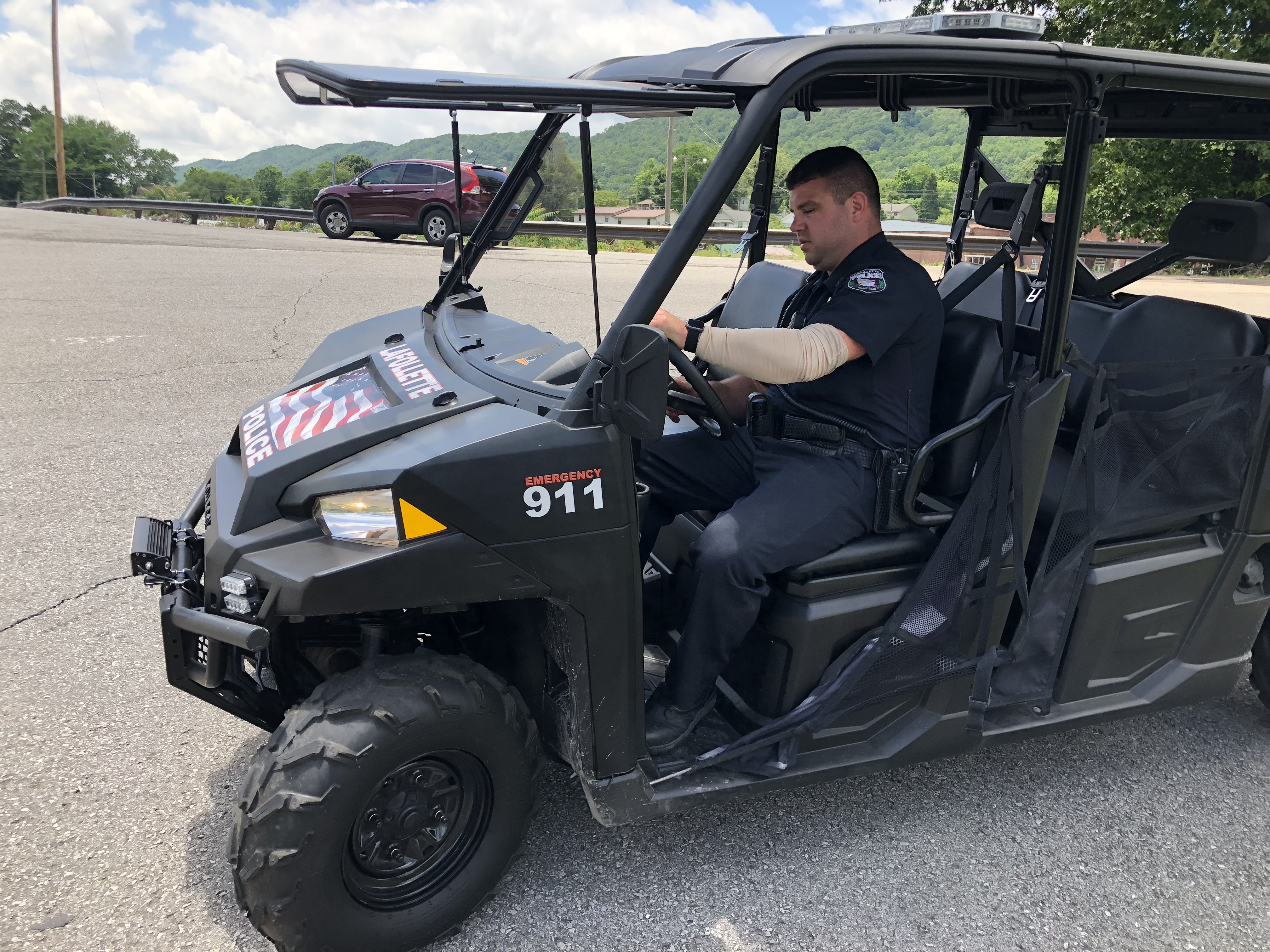 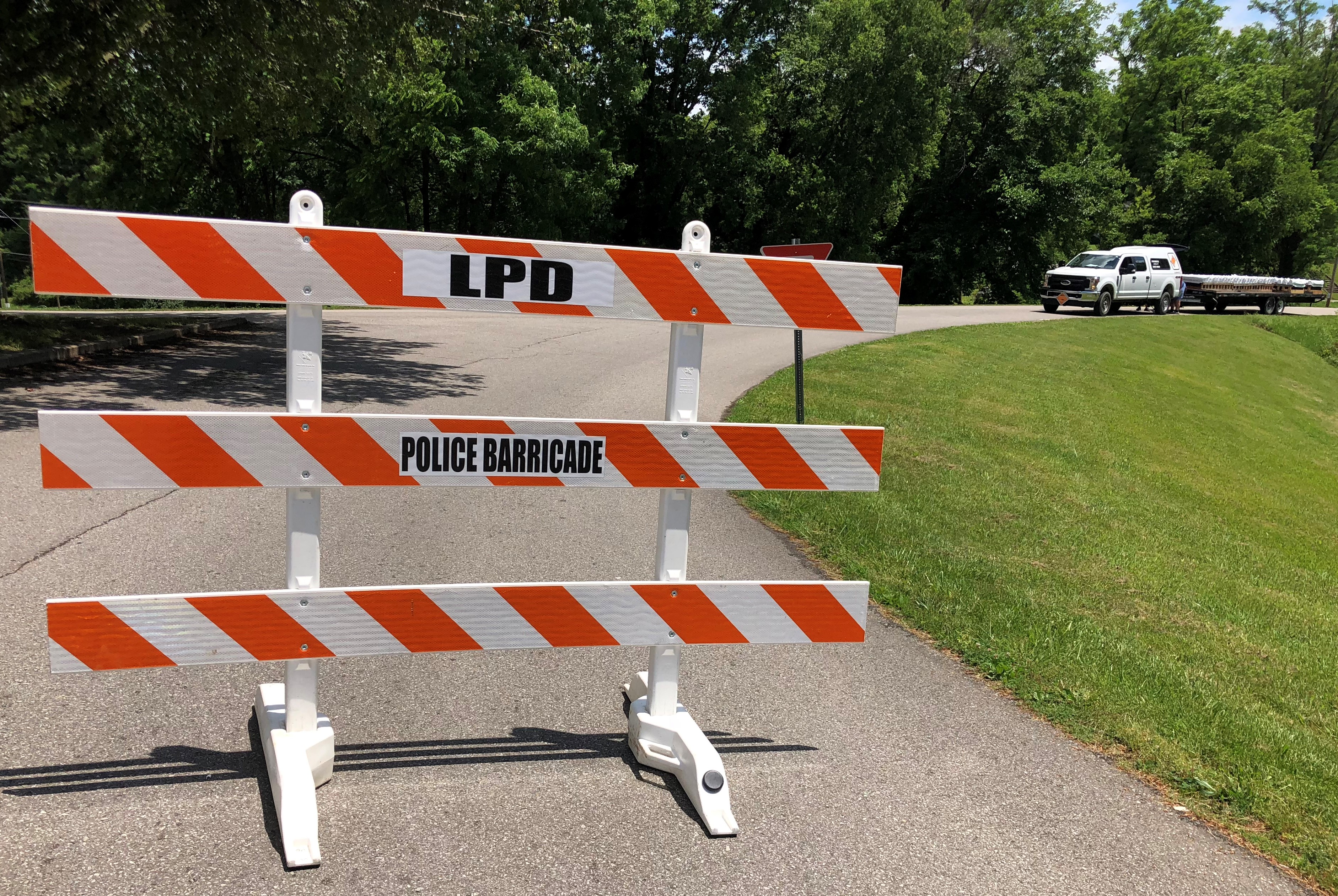 Officer Lawson set up barriers to give Pyro Shows some elbow room between the Main Street Shell and the former West La Follette School.

WLAF’s live telecast of tonight’s fireworks will be this show from Depot Street.  It’ll be televised right here, just click the video player to your right, as well as over WLAF-TV 12, Roku TV, YouTube, Facebook and Amazon Firestick. (WLAF NEWS PUBLISHED – 06/05/2020-3PM)