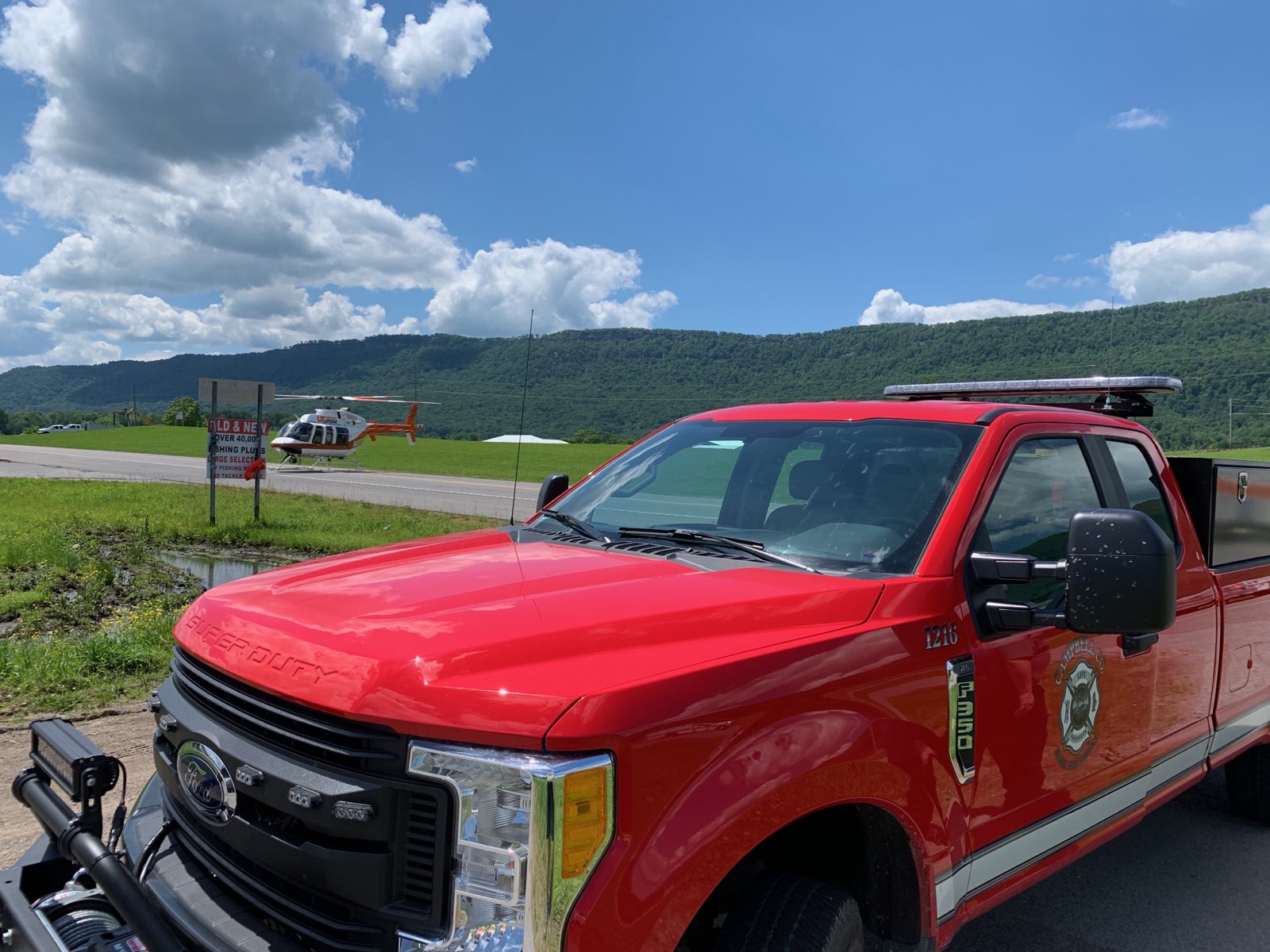 First Responders cared for a man injured in a farming accident near the Frontier Store.  Members of the Campbell County Rural Fire Service assisted in establishing a landing zone for the med chopper.

LAFOLLETTE, TN (WLAF) – Plans on sites of where to fly out a young Campbell County man were changed a couple of times Saturday afternoon.  Rather than from the La Follette Medical Center heli-pad, the injured man was flown to a Knoxville hospital leaving from close to the scene of the accident.  The landing zone (LZ) was established on the General Carl Stiner Highway in front of the Frontier Store. 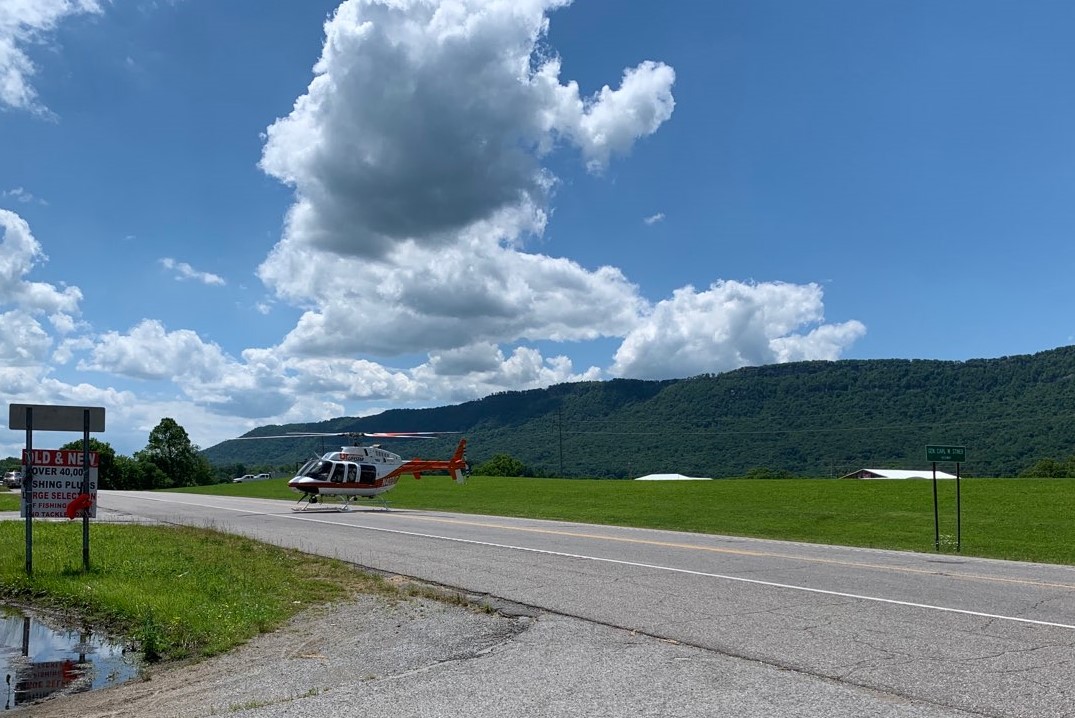 The General Carl Stiner Highway was shutdown to establish a landing zone for a medical helicopter to land on Saturday afternoon up the valley.

Reports coming in to WLAF are that a 55-year old (correction:  29-year old) man was injured in a bush hogging accident in the area near the Frontier Store up the valley east of La Follette.  The call to E-911 came in shortly after 2 pm Saturday afternoon.  (WLAF NEWS PUBLISHED – 05/30/2020-2:15PM-UPDATED-05/31/2020-6AM-PHOTOS COURTESY OF CAMPBELL COUNTY RURAL FIRE SERVICE CHIEF DANIEL LAWSON)