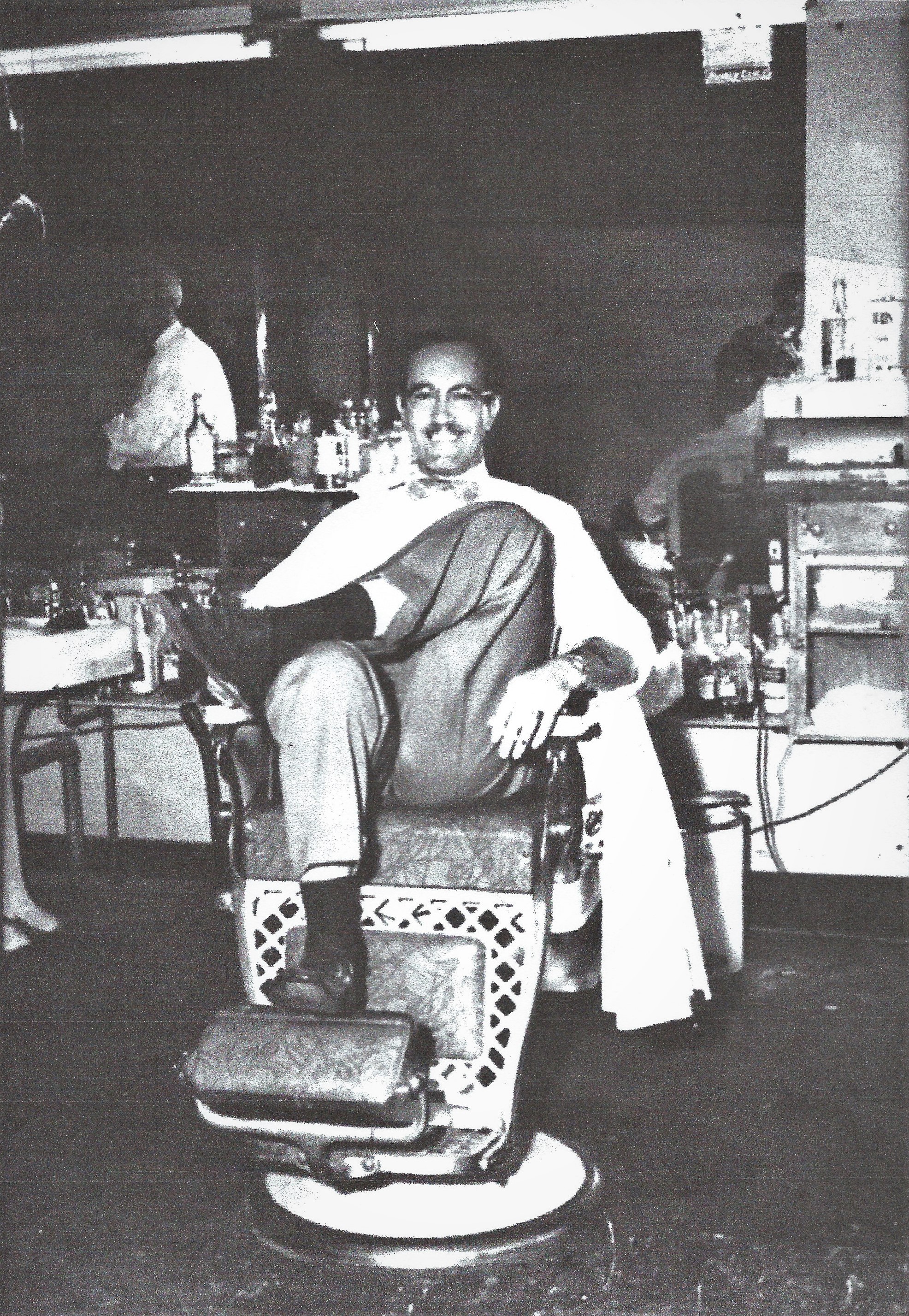 Ron Cable takes a smoke break while waiting on his next client at Modern Barber Shop on West Central Avenue.  Notice his bow tie.  His partner, Charlie Gilreath (left) is wearing a tie.  In the 1960s, the shop was moved from North Tennessee Avenue to just up from Peoples Bank of the South on Central.

LAFOLLETTE, TN (WLAF) – Lots of fun memories of growing up in La Follette stirred when WLAF’s Charlie Hutson sent over this snapshot of barber Ron Cable.  Cable also doubled as captain of the La Follette Rescue Squad.  I remember him as a sharp dressed man whether it was in uniform for the Squad or at the barber shop. 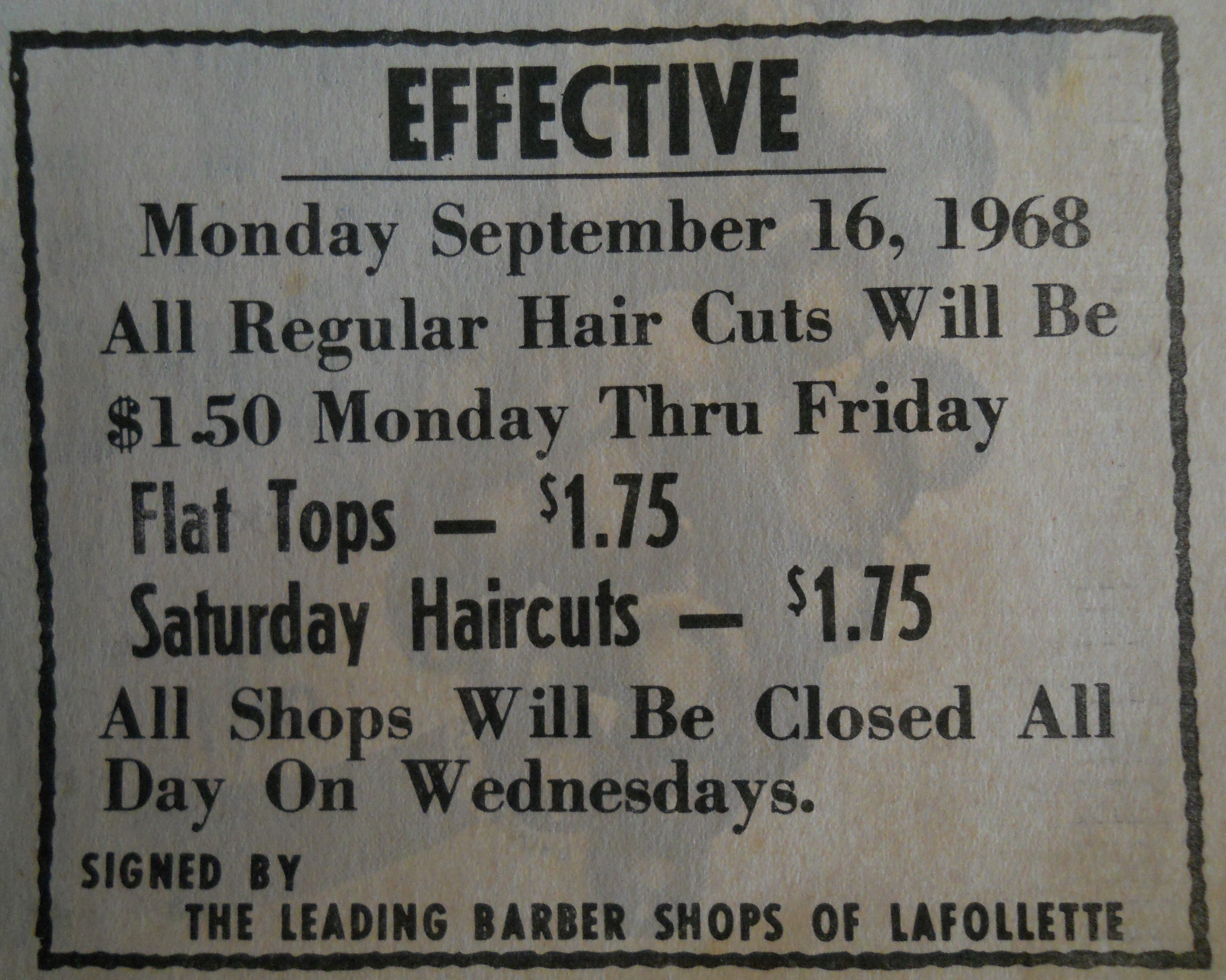 The across the board rate increase of a haircut was the “buzz” around town in 1968 and was advertised here in the La Follette High School publication The Valley Echo.

My first flat top was cut by Mr. Cable around 1962.  That was when his shop was on North Tennessee Avenue, across from the Pool Room.  He also sold me my first jar of Butch Wax.

One Saturday morning, before heading off to a Tennessee Football game, I stopped in for a haircut.  All of 11, Charlie Gilreath was cutting my hair that day.  Mr. Cable was tending to another client, and there was a man waiting.  The waiting man weighed-in on La Follette Mayor Curt Alley leaving little doubt how he felt about the mayor.  Mr. Alley was my next door neighbor and my dad was the vice-mayor.

Pretty soon, the man saying all the bad things about Mayor Alley stopped dead in his rant and asked who’s boy is that? “Doc Freeman’s,” said Mr. Gilreath.  Without missing a beat, the man just picked right back up where he left off.  (WLAF NEWS PUBLISHED – 05/07/2020-6AM)