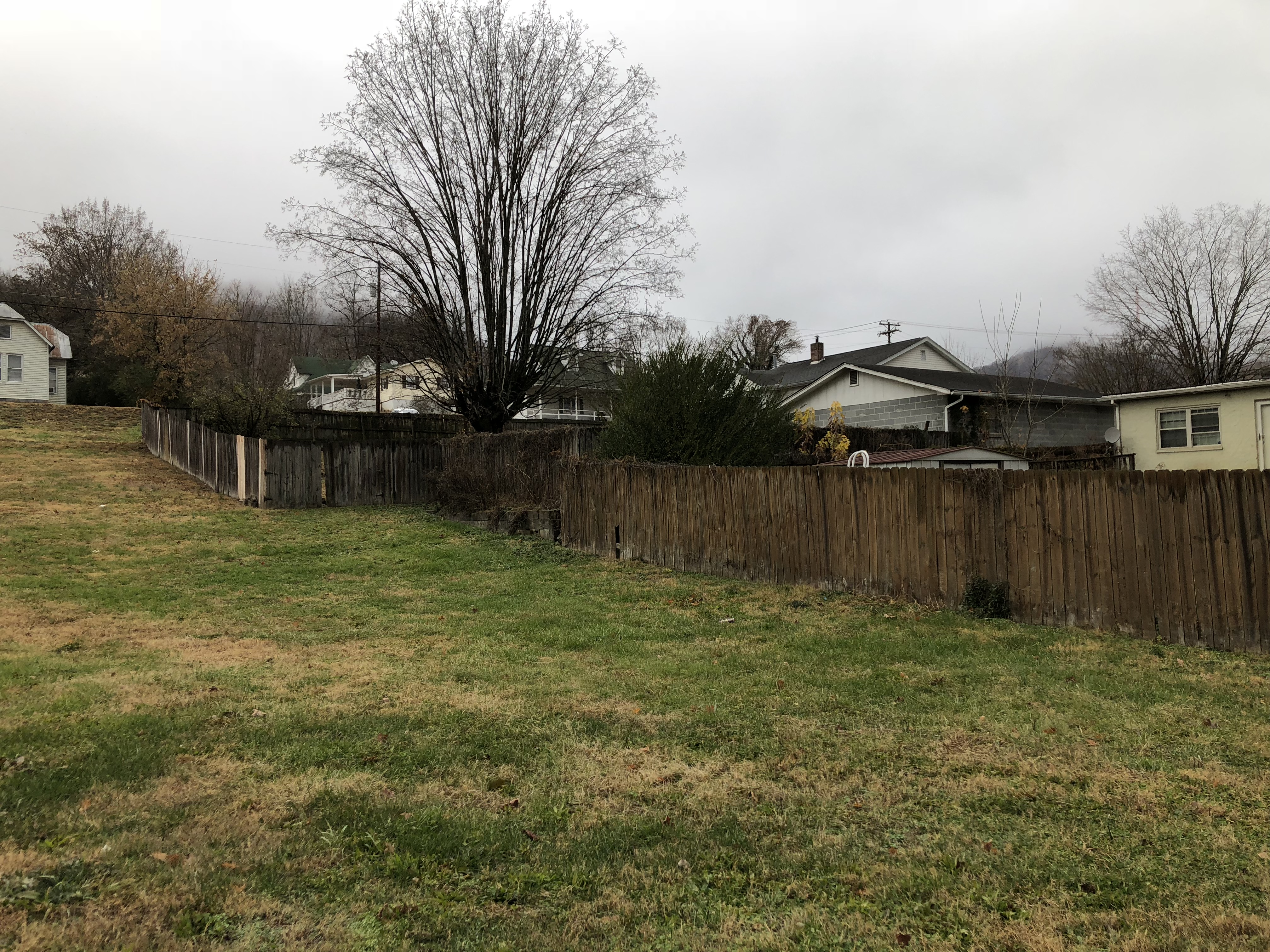 Behind this wooden fence, that lies off an alley way between West Central Avenue and West Walden Street and bordering North 7th Street, is where Kitts was located by Bostic and Santo.

LAFOLLETTE, TN (WLAF) – When Campbell County Sheriff’s Corporal Travis Bostic and his partner, K-9 Officer Santo, came face-to-face with Joe Ted Kitts on Friday morning, Kitts was drenched from the day’s steady rain.  And he was shoe less.   Kitts was soaked to the bone in his gray hoodie, black  workout type pants and socks. 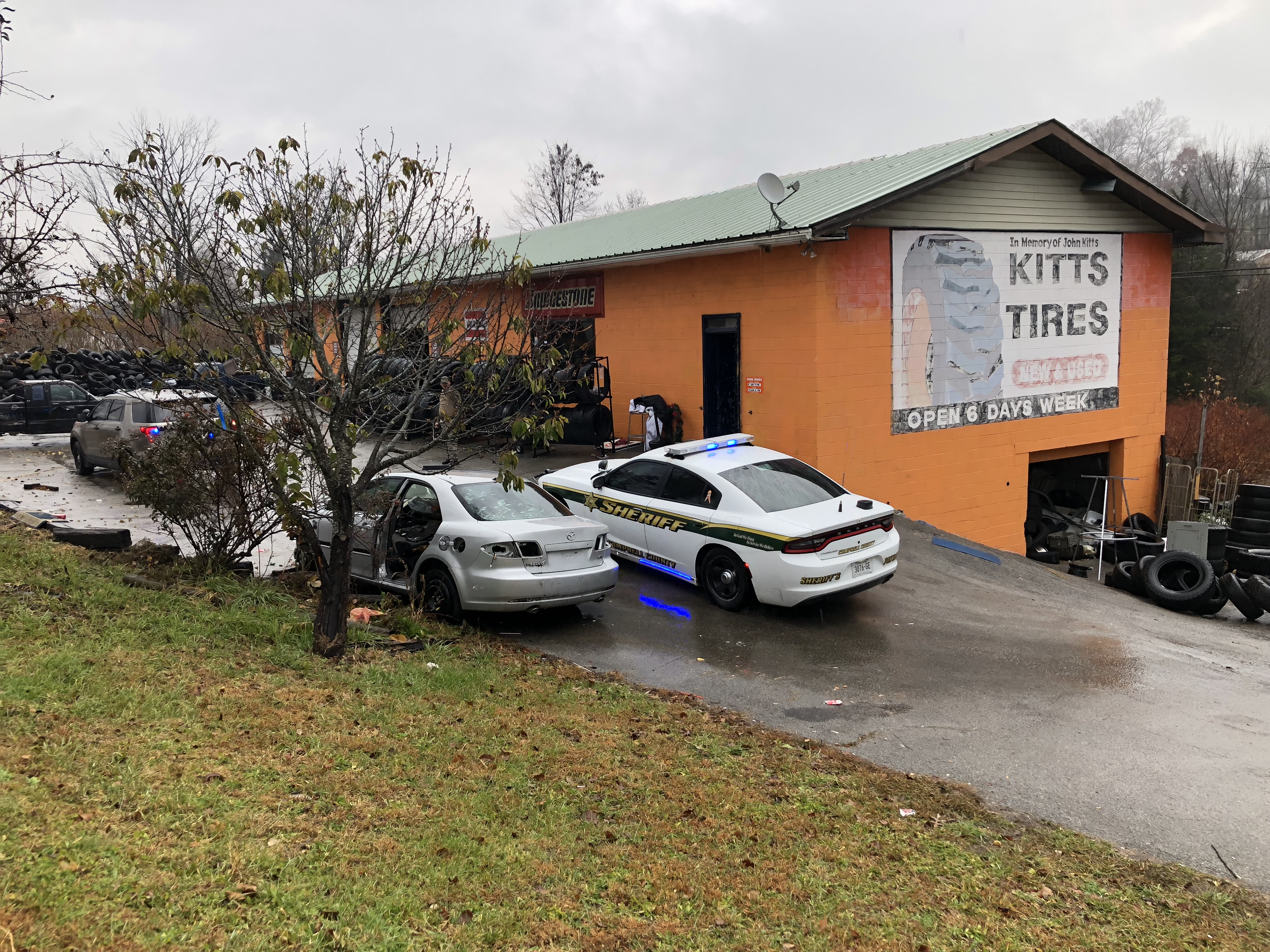 Bostic and Santo began tracking Kitts immediately after he fled from the building (above) where officers were about ready to execute a narcotics search warrant around 8 am this morning.  The building doubles as Kitts’ business, Kitts Tires, and his home.  It’s located next to the railroad near where Old Jacksboro Pike intersects with the four lane at the Skyway Bridge.

Deputies and members of the CCSO SWAT Team, of which Bostic is a member, searched for Kitts on the tracks and around the bridge.  Tips came in with sightings of Kitts on the tracks behind Lyk-Nu Auto Collision and Automotive Center, and a caller said Kitts was hold up in a house on the West End of La Follette.  Someone thought they saw him crossing a street, while another tip eluded to someone giving Kitts a ride.

Bostic caught a glimpse of Kitts behind Sweat’s Wrecker Service, across from Main Street Shell, and trailed him behind the office complex where State Farm Agent Lynn Ray, Rotech and other businesses are housed.  Kitts kept running and vanished.   Within seconds, Santo locked up, and Bostic knew Kitts was close.

Even though it was raining, Santo was aided by the fact that Kitts was in sock feet giving him some scent to trail.  Behind a wooden fence in a neighborhood block bordered by West Central Avenue, 7th, 9th and West Walden Streets is where Bostic and Santo came face-to-face with Kitts.  Around 11 am, a soaking wet Bostic placed Kitts under arrest without incident as other deputies began arriving on the scene.

Investigators found large quantities of narcotics evidence at Kitts tire shop. The 35-year old young man is currently in custody on a failure to appear warrant and evading arrest charge.  Sheriff Goins points out that this is an ongoing investigation, and findings will be presented to the Campbell County Grand Jury. (WLAF NEWS PUBLISHED – 11/22/2019-7PM)