Last Thursday, Campbell County Deputy Nathaniel Bostic went to assist another officer at an accident on Glade Springs Road.  Bostic was assisting with traffic control when he approached a vehicle that was stopped. 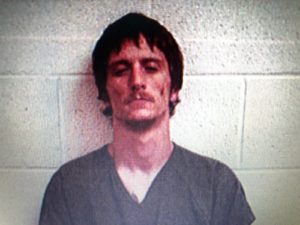 Roark was given field sobriety tests and asked on a scale of one to 10, one being completely sober and 10 being the most impaired/high he had ever been. He replied he would be a two and a half.