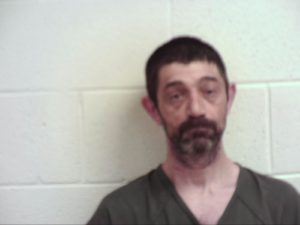 The man who went as far as to jump into a very cold Norris Lake trying to elude Campbell County Sheriff’s Deputies has been booked into the Campbell County Jail this morning.Charles E. Bondy, Jr., age 47, of Knoxville was brought into the county jail at 3:12 am on Wednesday morning and faces multiple charges.  Bondy, who led deputies on an adventurous late Tuesday night chase, had to be medically cleared at the La Follette Medical Center before being arrested.

Jail officials explain to WLAF that Bondy is charged with public intoxication, resist-stop-frisk-halt, disorderly conduct and criminal impersonation.  Bondy is a wanted felon out of Union County and is also being held for the Union County Sheriff, according to jail records.