PIONEER, TN (WLAF) – A Jellico man died late Sunday afternoon from injuries sustained in a head-on collision.     Tennessee Highway Patrol Trooper Michael Freels said in his report that two vehicles came into contact with each just after 5 pm Sunday on the Howard Baker Highway (State Route 63) in Scott County.  The accident happened not far from the Pioneer Post Office.

Freels said 31-year old Chris Elliott of Jellico was traveling west behind the wheel of his 2011 Ford Fusion.  Nineteen-year old Devin Day of Pioneer was driving a 2005 Dodge Ram pick-up heading east on the Baker Highway along with his passenger 19-year old Harold Strunk of Oneida. 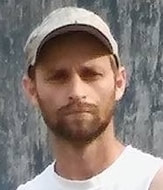 The report outlines that Elliott’s Ford crossed over the center line into the path of Day’s Dodge.  The Ford came into contact with the Dodge as both vehicles came to an uncontrolled final rest.  The Dodge Ram pick-up ended up on its top on the south side of the road.

Elliott was pronounced dead at the Big South Fork Medical Center at Oneida.  Day was injured.  Strunk was not injured.  Both were wearing seatbelts.  Elliott was not.

Chris Elliott’s funeral arrangements are incomplete and will be announced by the Harp Funeral Home of Jellico.   (WLAF NEWS PUBLISHED – 12/02/2019-6AM)