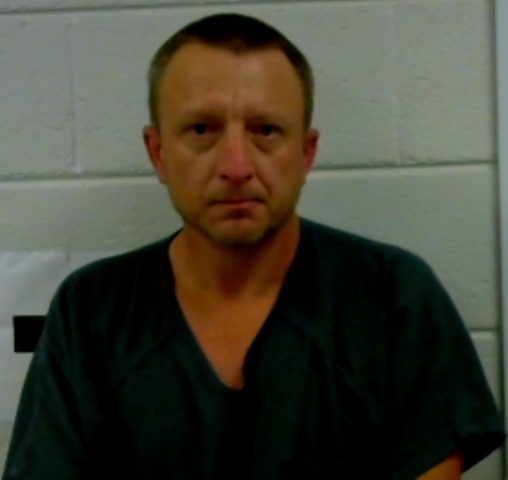 CARYVILLE, TN (WLAF) – Officers with Caryville and Jacksboro Police answered what developed into an adventersome domestic disturbance call on November 4 on Abilene Circle at Caryville.  Just after 5 am, when CPD Officer Daniel Garrett and JPD Officer SaVannah Allen pulled up on the scene, Crystal Botts came running out of the front door of the home crying hysterically saying that her husband, Chris Botts, had assaulted her according to the report.  Once inside the home, Garrett heard a thud and noticed the back door standing wide open.

Chris Botts had fled on foot.  Crystal Botts was placed for her safety in the back of the JPD patrol car as Garrett chased Chris Botts through a briar thicket and then  jumping a fence.   Garrett located Botts under a truck, and Botts soon crawled out and started running again based on the report.  When Garrett caught up with Botts, he turned around and gave up.

Garrett arrested Chris Botts and found a bag of meth and a piece of a suboxone strip on Botts.  It was deteremined that Botts was under the influence, and he also admitted, according to the report, that he had shot up illegal drugs before police arrived at his home.

Back at the home, Crystal Botts told Officers Allen and Garrett Chris Botts hit her with a metal crutch and busted up their home.  She had marks and a welt on her arm where she had been struck.  Allen and Garrett noted that they saw that the home had been ransacked with damaged items all around.

Chris Botts, age 41, of 104 Abilene Circle, Caryville, faces multiple charges including public intoxication, possession of meth and suboxone, domestic assault, evading arrest and possession of drug paraphernalia..  He remains housed in the Campbell County Jail this morning on an $80,000 secured bond.  Botts is scheduled to appear in court on Thursday.  (WLAF NEWS PUBLISHED – 11/13/2019-6AM)