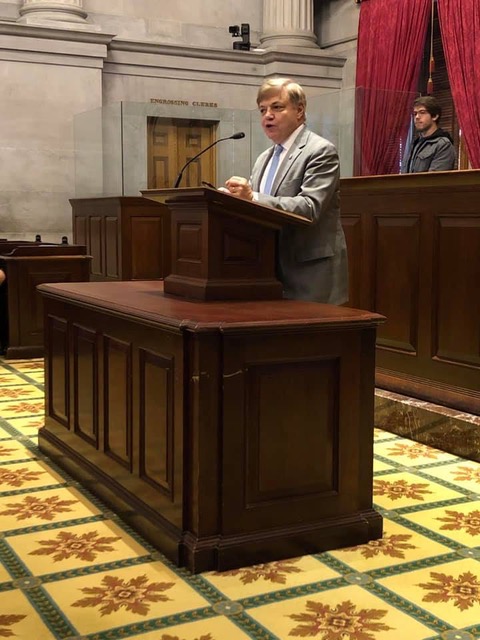 On Thursday at Nashville, State Representative Dennis Powers was named Chairman of the newly-formed House Banking and Investments Committee.

Tennessee’s new Speaker of the House, Glen Casada, said in a Tweet on Thursday, “Tennessee is quickly becoming a powerhouse in the financial commerce arena, and that’s why I want Powers to serve as Chairman for the Banking and Investments Subcommittee.

Casada calls Powers “someone who is incredibly intelligent and who will lead this committee in a way that benefits all Tennesseans.  Powers is a graduate of the University of Tennessee with a degree in Business Administration.

In his new role as Chairman of Banking and Investments, Powers will be working closely with Commissioner Greg Gonzales of the Tennessee Department of Financial Institutions and the Tennessee State Treasurer, David Lillard.  Commissioner Gonzales was just re-appointed by Governor-elect, Bill Lee and Lillard was just re-elected to another two-year term as a Constitutional Officer by the Legislature.

Tennessee is one of only 12 states with a AAA bond rating and is the lowest-taxed, lowest-debt state in the nation and Rep. Powers hopes to work with the administration to continue the excellent record the Legislature has achieved over the past 8 years.  (WLAF NEWS PUBLISHED – 01/11/2019-6AM)