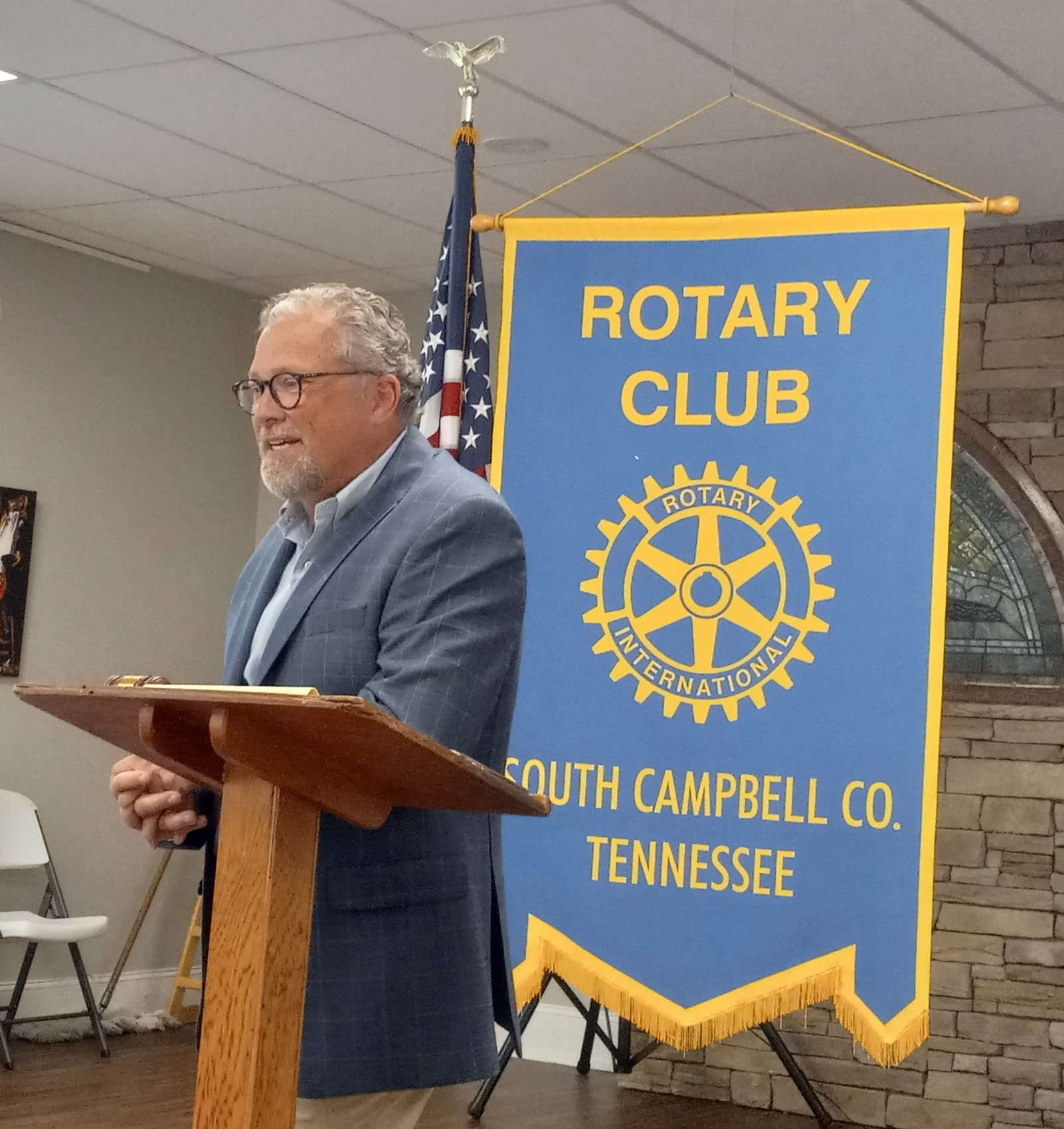 Snodderly gave facts about the LaFollette Housing Authority, what it does, who it serves and challenges faced with the current housing crisis.

The LaFollette Housing Authority is 100 percent federally funded. It serves seven counties and 12 cities in East Tennessee. It is the largest regional Housing Authority in the state of Tennessee and is operated by a 12 member board made up of representatives from each city it serves. It serves people through two major public housing programs, both of which are income based.

The LaFollette Housing Authority operates 1,116 apartment units ranging from efficiency size up to five bedrooms. They are rented based on 30 percent of an individual’s income. For those that apply, the Housing Authority does background checks, credit checks, landlord checks, along with personal reference checks. The organization serves low income individuals and families, especially the elderly.

Snodderly spoke about the current housing crisis, saying it was a nationwide crisis, not just Tennessee and that there simply was not enough housing to go around. He also said he had been seeing a trend of landlords raising rent on units, which was especially affecting the elderly, who were being forced to move in with family members.

According to Snodderly, the LHA has a waiting list for units, with the average being 25 or more people on waiting lists for homes. This is compounded by “HUD’s moratorium on building new public housing units.”  COVID also increased numbers on the waiting list as well.

Snodderly said he did not know what the solution was, especially with HUD’S moratorium on new units built.

“We could fill 500 new units instantly; we just don’t have the units to take care of the people we need to,” Snodderly said, adding that the LHA would continue to do its best to help people, many of which have nowhere else to go.

“People have to have the ability to have a home and have a roof over their head; we need affordable housing for people.” Snodderly said. (WLAF NEWS PUBLISHED – 09/21/2022-6AM)