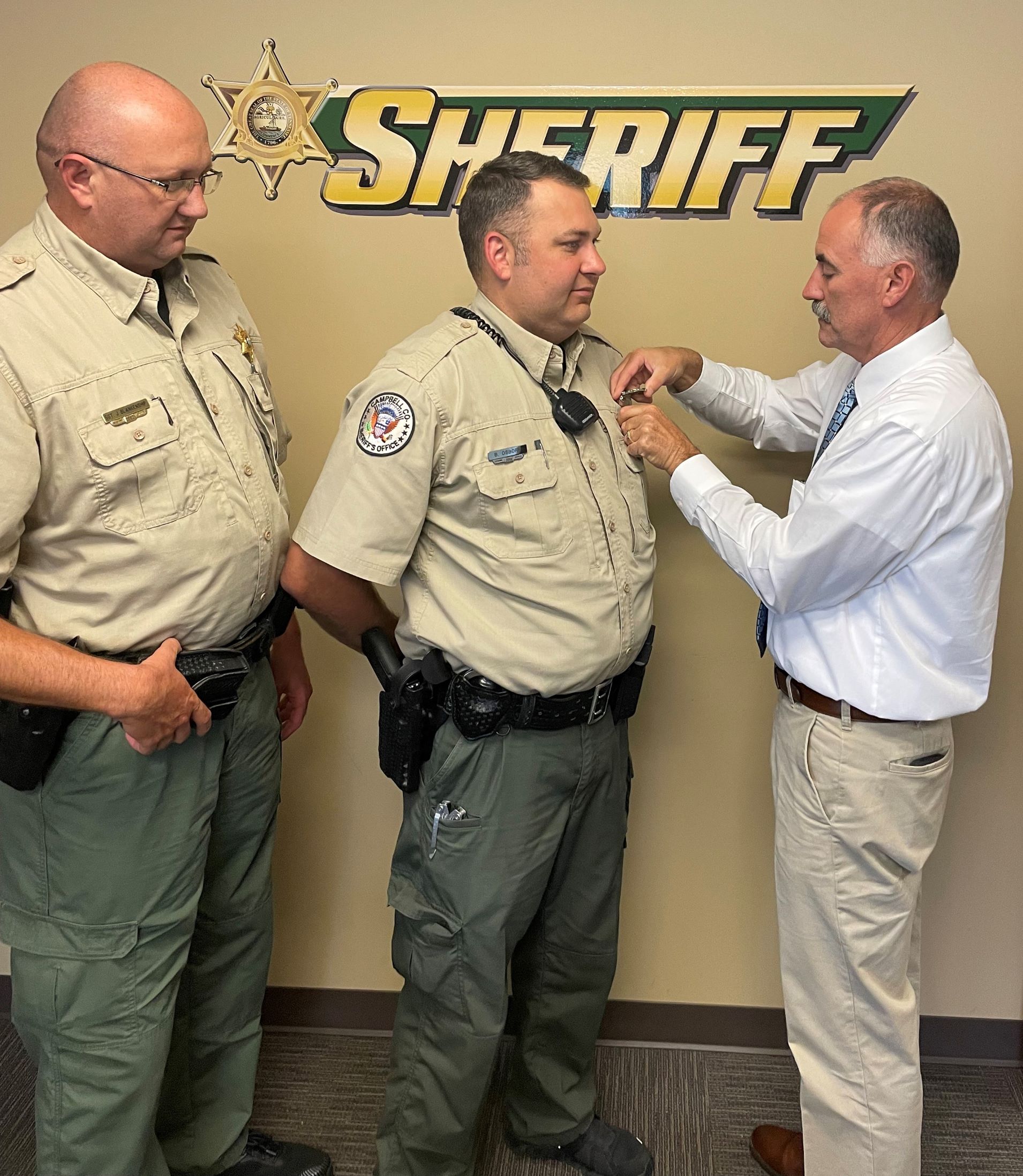 JACKSBORO, TN (SPECIAL TO WLAF) – In a release to WLAF, Campbell County Sheriff Wayne Barton announced the promotion of Deputy Sheriff Brian Osborn to corporal. Osborn will serve as a First Line Supervisor for the School Resource Officer (SRO) Division.

Osborn began his service with the Campbell County Sheriff’s Office as a corrections officer; eventually promoted to sergeant and assisted in oversight of daily operations of the jail. In 2019, Osborn graduated from Walters State Community College Law Enforcement Academy. After graduation, Osborn has served as the SRO for Jacksboro Middle School.

Osborn’s goals are to continue to enhance the security and safety of schools in Campbell County and seek training opportunities for the SROs. “I want to create officers that are multi-faceted in knowledge and ability,” said Osborn.

“The sheriff’s office wants to enhance the relationship between the SRO Division and the Campbell County Schools; including the administration, teachers, staff and most importantly, the students,” Osborn said. (WLAF NEWS PUBLISHED – 09/13/2022-6AM)

One Reply to “Osborn named as CCSO’s SRO supervisor”