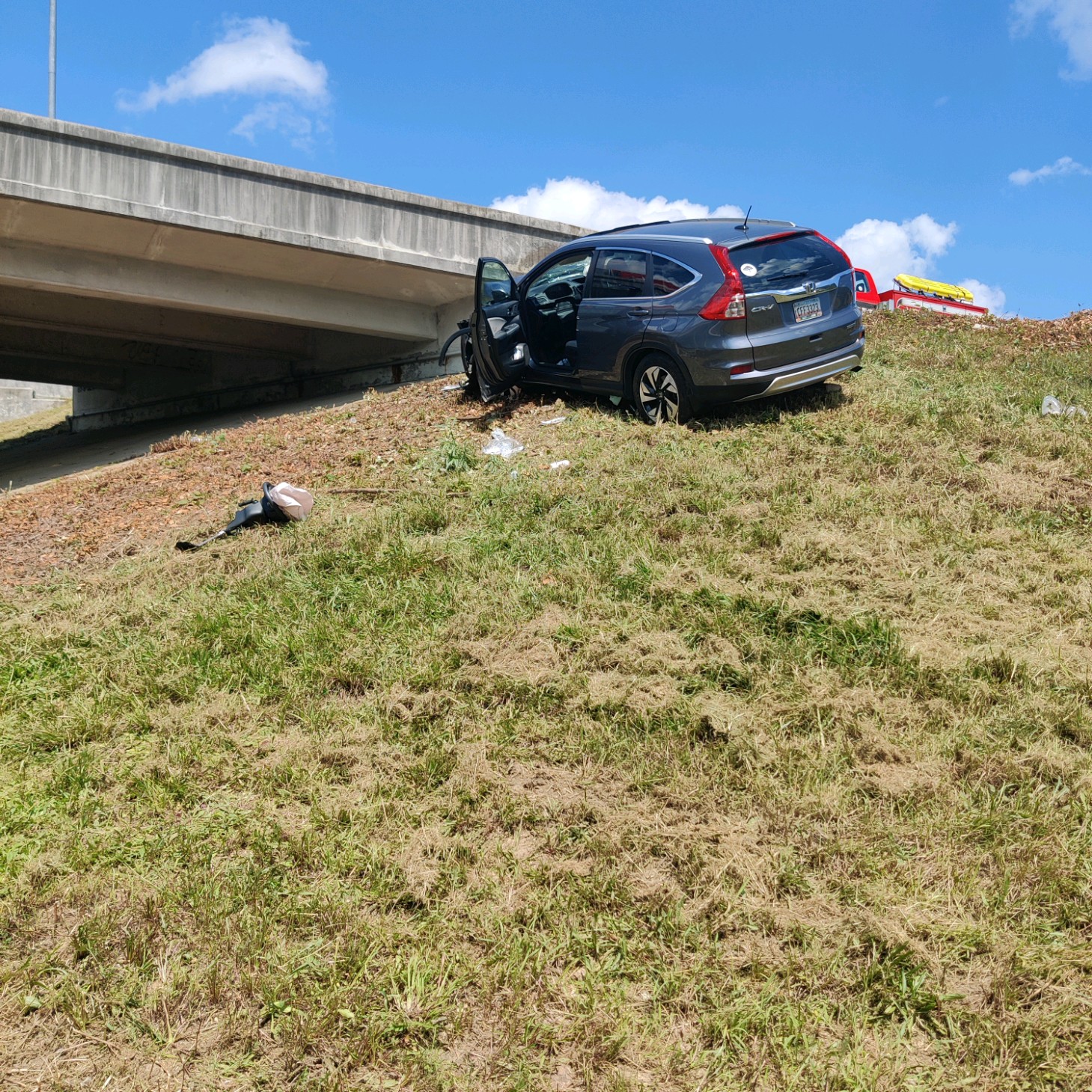 TOP PHOTO: This car wrecked on Wednesday afternoon at 1:30pm.

CARYVILLE, TN (WLAF) – The driver of a 2016 Honda CRV has died from injuries sustained in an early afternoon wreck on I-75 at Caryville according to the preliminary report from the Tennessee Highway Patrol. See the original story HERE.

THP officials say that 81-year old David Miller of Griffin, Georgia, passed away at 6:21pm on Wednesday at the UT Medical Center. Miller and his lone passenger, 80 year old Linda Miller of West Palm Beach, Florida, was also injured. Both were airlifted from the scene of the 1:30pm wreck to UTMC.

The report details that the Honda, traveling north, ran off the roadway to the right and continued up an embankment. The vehicle then went airborne hitting the side of the concrete bridge that spans the interstate at Exit 134. (WLAF NEWS PUBLISHED – 08/26/2022-6AM)