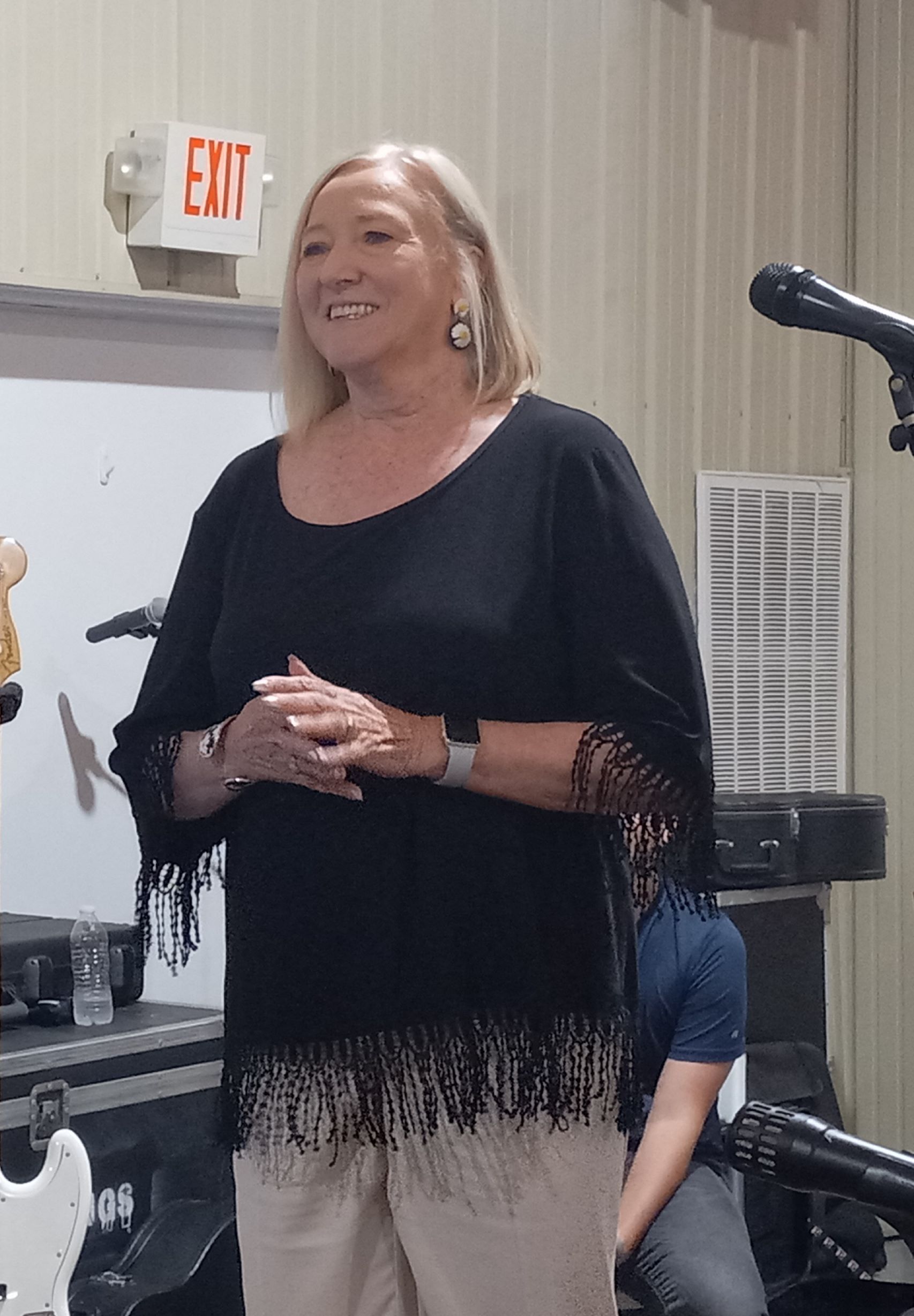 TOP PHOTO: CASA Board members recognized Anita Norman at Saturday evening’s Bluegrass Breakdown for her many years as an advocate. Norman was honored for her 22 years as a CASA advocate.

LAFOLLETTE, TN (WLAF) – Campbell County’s CASA Bluegrass Breakdown was a huge success, according to organizers. It was the 21st Annual event, with all funds raised going to support CASA of Campbell County and its efforts in supporting children going through the court system.

CASA Executive Director Jan Jones said the county “turned out in overwhelming support for the children of Campbell County. “

Saturday’s fundraiser was an important one for CASA, which will use the funds to recruit and train volunteers and advocates, according to Jones, who said without the help of individuals, businesses and volunteers CASA would not be able to serve the children of the county.

“We are extremely grateful and overwhelmed by the support we received for our 21st Annual Bluegrass Breakdown. Funds raised will help us help the abused and neglected children going through the court system,” Jones said.

The evening was filled with music by The Birdsongs, Eddy Sweat and Thundercreek and Caden Poston with Second Chance.

During the event, long time CASA Advocate Anita Norman was presented with flowers to honor her many years volunteering. She is retiring after 22 years with CASA as an advocate. She began her journey with CASA because she wanted to help children going through Foster care and court proceedings.

She said looking back on her many years with CASA, there were many children who changed her life.

The CASA Board of Directors and Executive Director Jan Jones all thanked Norman for her many years as a volunteer.

Long lines formed for the Dunk the Candidate fundraiser where six local candidates took the plunge over and over to raise money for a great cause of CASA. Candidates participating included Sheriff’s department candidates and General Sessions Judge candidates. Tickets were $5 for three pitches, and all candidates were dunked tons of times.

Jones said she wanted to say thanks to all involved and to everyone who supports CASA.

“Thank you to our sponsors, area individuals and businesses for auction items, volunteers and anyone else than had a small part in making this event a huge success. We hope everyone enjoyed the evening,” Jones said.