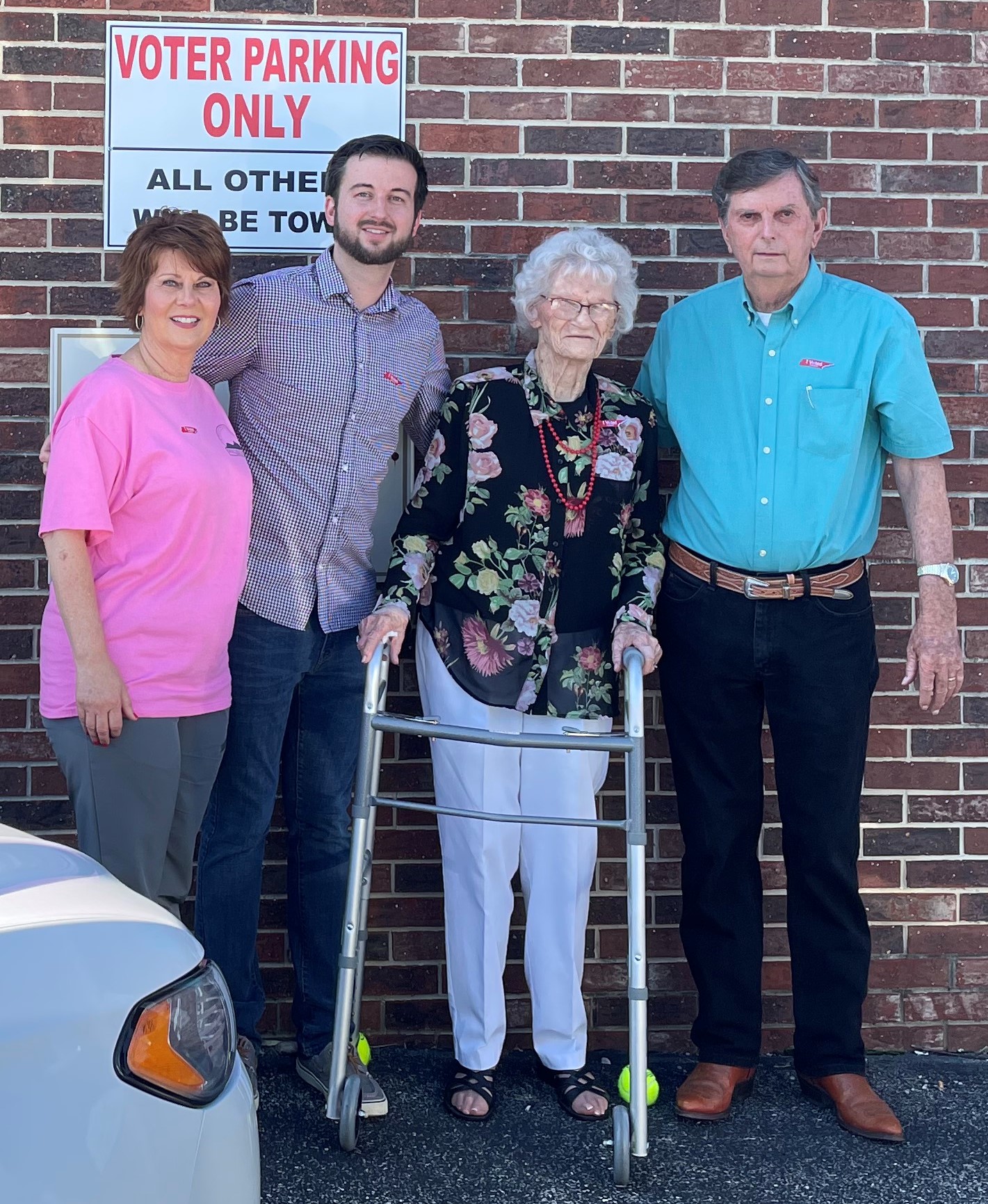 JACKSBORO, TN (SPECIAL TO WLAF – PAID AD) – Early voting began this morning in Campbell County, and 100 year old Margaret Johnson Morrow was one of the first in line to vote! Alongside Margaret (photo above) was her great-grandson, Criminal Court Judge candidate Zack Walden—as well as her son Gary Johnson and granddaughter Pam Walden—making for four generations of voters.