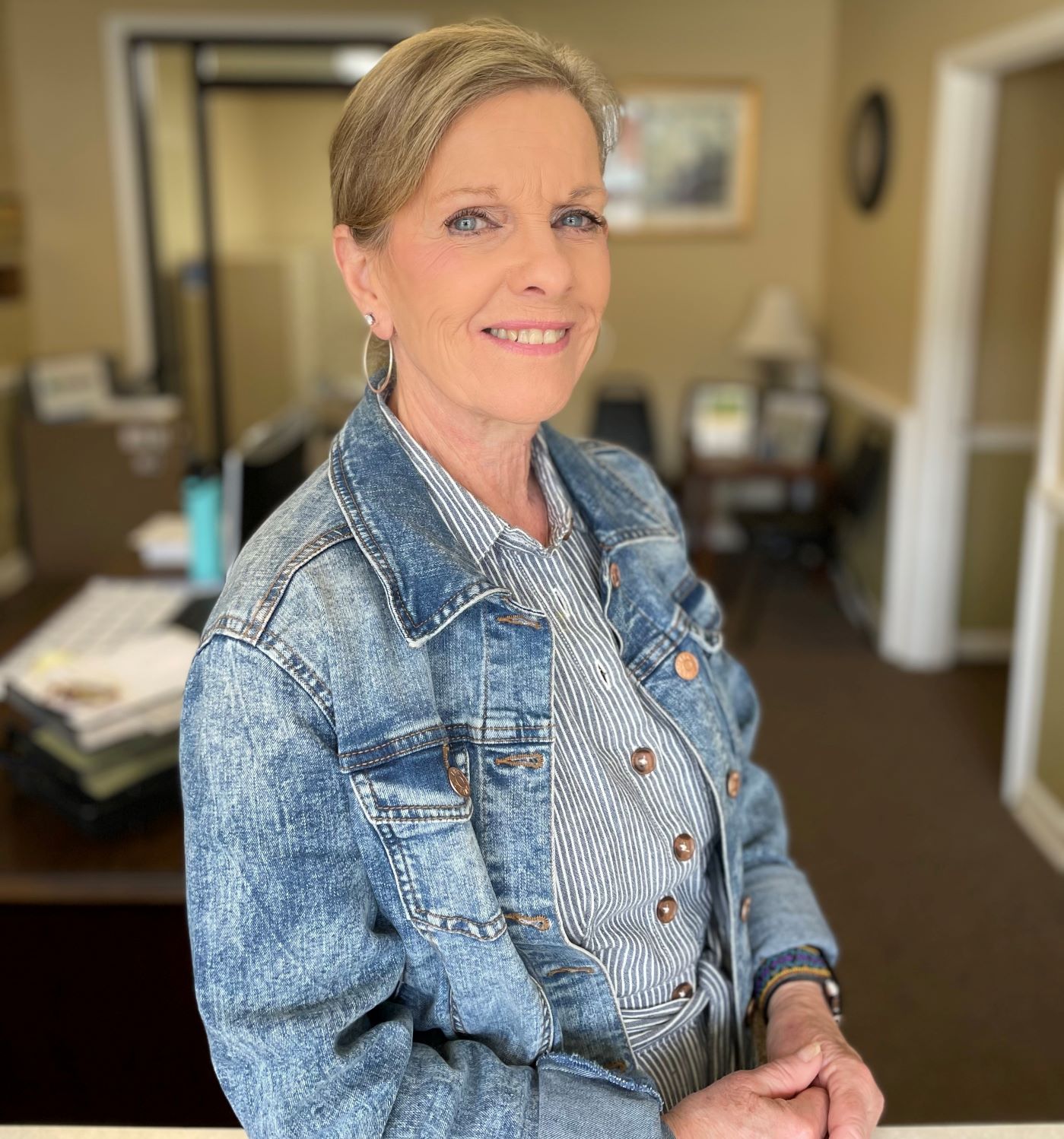 TOP PHOTO: After more than 40 years, Cathy Owens is calling it a career at E.E. Hill & Son Insurance.

LAFOLLETTE, TN (WLAF) – There’s no one left at E.E. Hill & Son Insurance who can say they were hired by the late Lan Hill, except for Cathy Owens. However at the close of business today, she’s calling it a career.

“Mr. Hill, Lansden’s dad, hired me in 1976, and except for a couple of years when I had my children, I’ve been here,” said Owens. She recalls that the insurance agency’s building on West Central Avenue was a lot smaller in those days, and Mr. Hill, (Uncle) Dave Reynolds, Linda McNeill, Lansden and I were the only employees.

About the memories she has from E.E. Hill & Son Insurance, there are more than you’d like to know she says. “I could write a book.”

Cathy’s handled Hill’s commercial line and describes her clients as being pleasant. “The customers have been great. It’s been a great place to work with past and present staffs,” said Owens.

“I bought the agency from my father in 1978, and worked with Cathy, worked together with Cathy, and then I realized that I worked for Cathy. She was the glue while I was the fluff,” said Lansden Hill. He adds that she could get so much work done in a small amount of time.

“Lansden’s been really good to me and my family. He’s an excellent boss,” said Owens. She summed up her whole Hill Insurance experience by saying “It’s been good.”

Though she’s quick to say she’s not going to work anymore, she is looking forward to joining her husband Ken in retirement. “We bought a camper and have hardly used it, but that’s going to change. Aside from camping, traveling and joining a hiking club are two more things I’m excited about,” said Owens.

She laughed when asked if this meant Ken’s retirement was coming to an end. “We do have some things that need to be done. We’ll just mark them off as we go,” said Cathy.

Ken and his sister Charlotte worked with Pyro Shows along the way. So Hill became quite close to the whole family. “I’ve never regretted a day about it. All three were super,” Hill pointed out.

“She was the wind beneath the wings of Hill Insurance, and the door is always open for her to consult, stop by for coffee and visit or come and do as she wishes,” said Hill.

You’re invited to a reception/celebration for Owens today. It’s from 11am until 2pm at the Hill offices at 701 West Central Avenue.