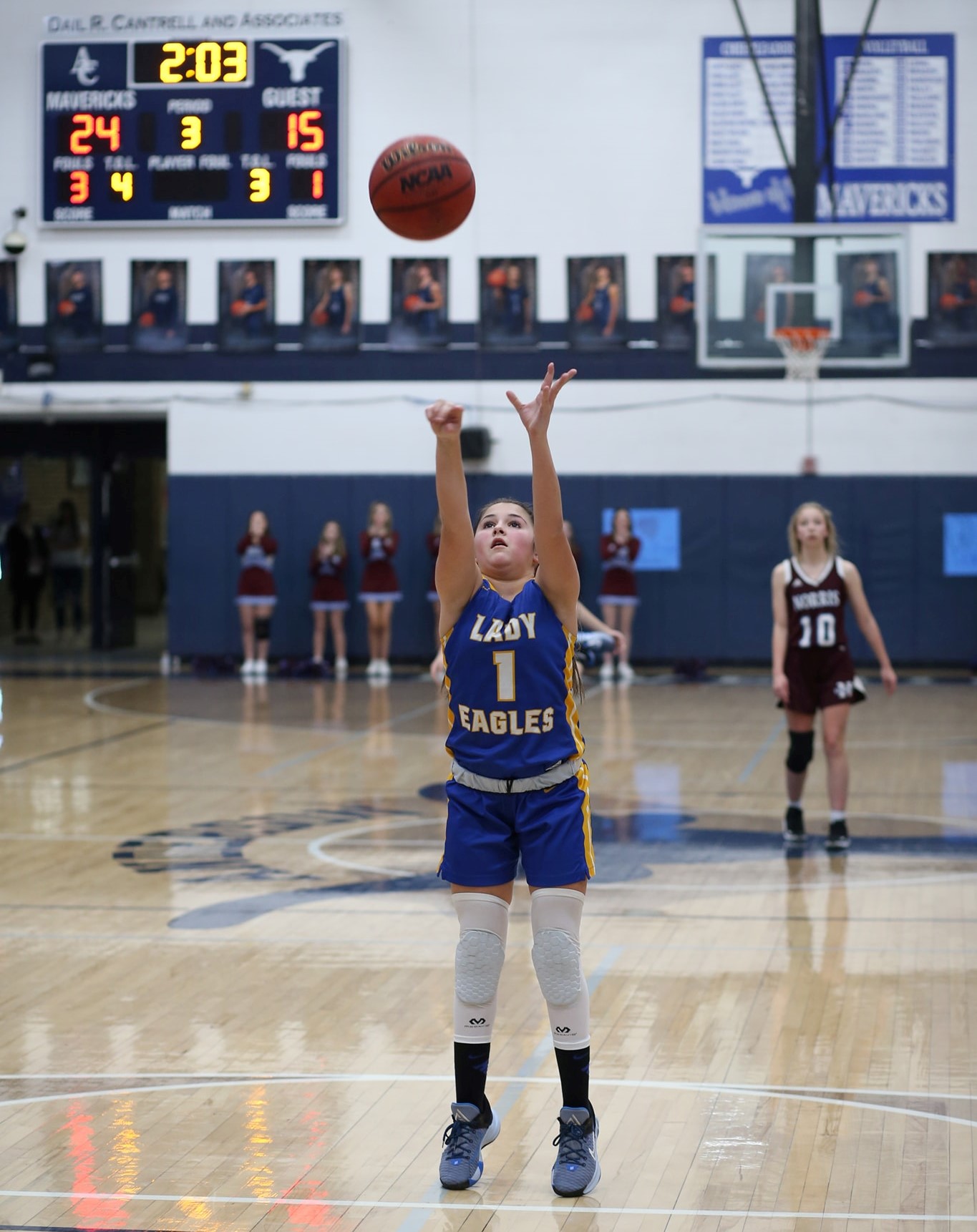 JACKSBORO, TN (WLAF) – Even though the Jacksboro Lady Eagles play their home games at Agee Gym, they’ve actually played more basketball games this season on the Anderson County High School Basketball Court. Come Saturday afternoon, the Blue-n-Gold will play for the ninth time on the Anderson hardwood. In this last visit to their home away from home, the Lady Eagles look to leave the gym built in the 1980s with the sectional championship.

Tomorrow at 2pm, Jacksboro will battle the New Center Lady Rockets out of Sevierville. The winner advances to the Final Four next weekend at Murfreesboro continuing the march toward a state championship. JMS and New Center are among the final eight teams still playing out of 118 teams in the AA division.

It was in April when first year head coach Scott Davis took over this team of no returning starters. In fact, there are only two members from last season’s squad on this year’s team. New coaches. New players. Who knew? “We’re not the most athletic and not the biggest team, but we have a great group of players,” said Coach Davis. “I never dreamt of making it this far,” added Davis

Jacksboro played Cherokee Middle School from Kingston for the fourth time this year, and until Thursday, Cherokee had won the previous three meetings. But yesterday, the Lady Eagles took it to the Yellow Jackets when it counted most with a 48-38 victory. New Center beat rival Gatlinburg-Pittman 35-30 last night to make it to the championship round.

For much of the season, Reagan Davis and Jayden Kitts have handled the bulk of the scoring and did so again in the win over Cherokee. Kitts, a 7th grader, tallied 18 points while Davis poured through 15. Abi Johnson posted nine points to go along with four from Preslee Chapman and two from Rose Allen.

Playing so many games on the Anderson Court was by design. “I knew the post season games would be played on this court, and I scheduled us to play in Anderson County’s Christmas Tournament just so we could get used to playing here,” said Davis.

The Lady Eagles are getting a much needed break from game action and practice today. “I’m gathering as much information as I can on New Center, and I’ll share it with our team tomorrow morning,” said Davis. The Lady Eagles will gather for a walk through Saturday at 11am, eat a team lunch and then head to their home away from home. (WLAF NEWS PUBLISHED – 02/04/2022-1:30PM-PHOTOS COURTESY OF WLAF’S PAT PEBLEY)