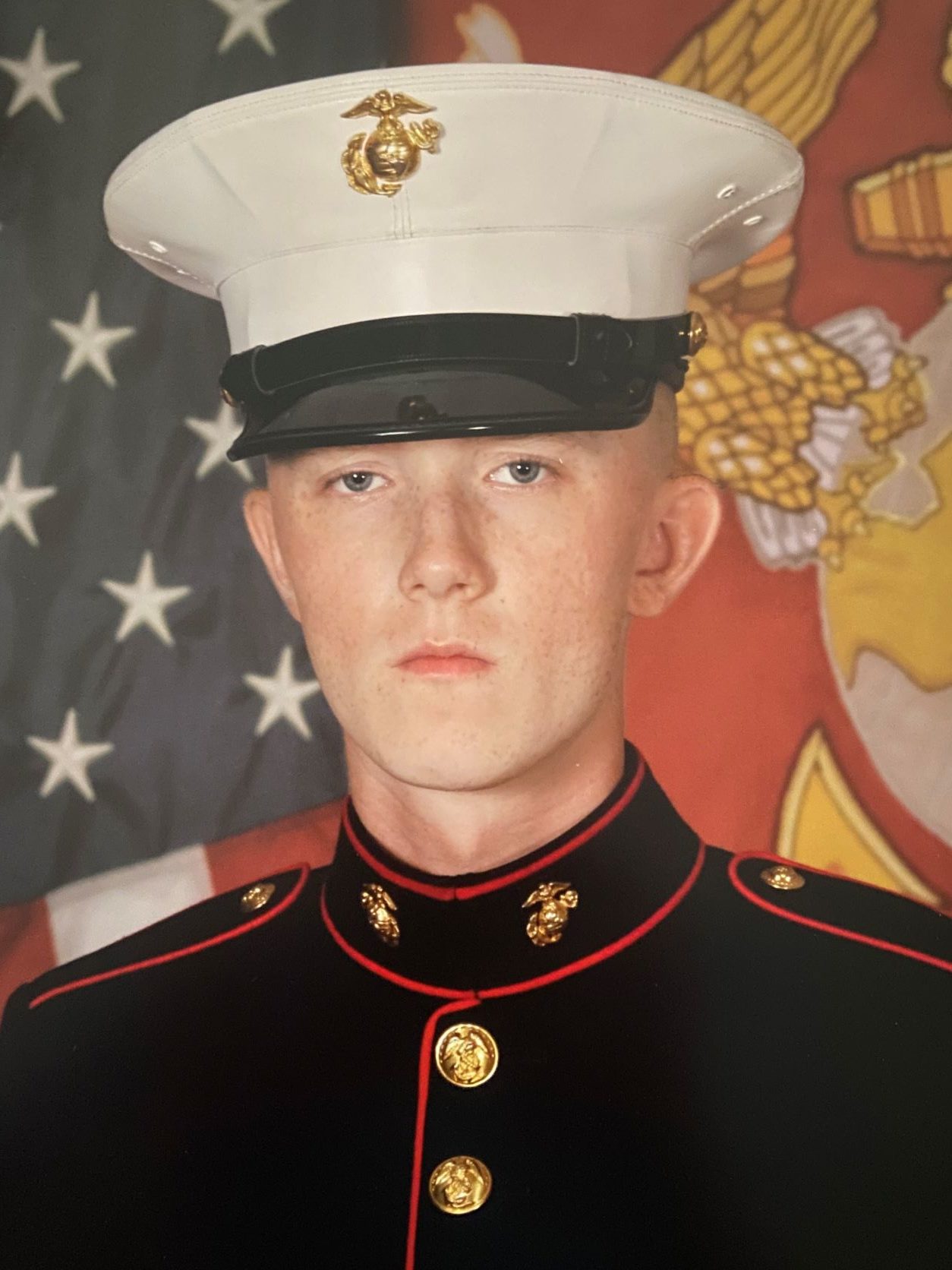 LAFOLLETTE, TN (WLAF) – Nate Smith is living his life long dream as a United States Marine. “He’d always wanted to join the military, and there wasn’t any talking him out of it,” said Heather Carroll Wilson, Smith’s mother.

Smith’s journey to his Sept. 10 graduation from the Marine Corps Recruit Depot (MCRD) at Parris Island was more than a year in the making. After enlisting, COVID-19 delayed his starting boot camp. Then once the 13 week camp began, he was injured breaking ribs and his dominant hand, his right. He was able to endure basic for about a week before his injury gave him away during a rope climbing drill. Smith was x-rayed, and his injury sidelined him for a few weeks despite his begging not to be pulled from camp. Being sidelined was Smith’s toughest part of boot camp.

Smith successfully completed 13 weeks of intensive basic training at MCRD Parris Island as one of 74 recruits in Training Platoon 3069.  While in recruit training, Smith achieved the following:  expert rifleman, 1st class PFT (Physical Fitness Test), 1st class CFT (Combat Fitness Test), squad leader and fire team leader throughout the Crucible.  The Crucible is a test every recruit must go through to become a Marine. It tests every recruit physically, mentally and morally and is the defining experience of recruit training. The Crucible takes place over 54-hours and includes food and sleep deprivation and over 45 miles of marching.

“I’m super, super proud of him,” said Wilson. It’s evident Smith loves what he’s doing. “I could see him making it a career,” added his mother.

Smith has reported to Camp Lejeune for one month at Military Combat Training then Military Occupation Specialty (MOS) school.  Smith will then be stationed at his Permanent Duty Station following training.

Combat engineering is Smith’s MOS. His family is looking forward to his first chance to come back home which might not be until January.

2 Replies to “La Follette leather neck living out his dream”