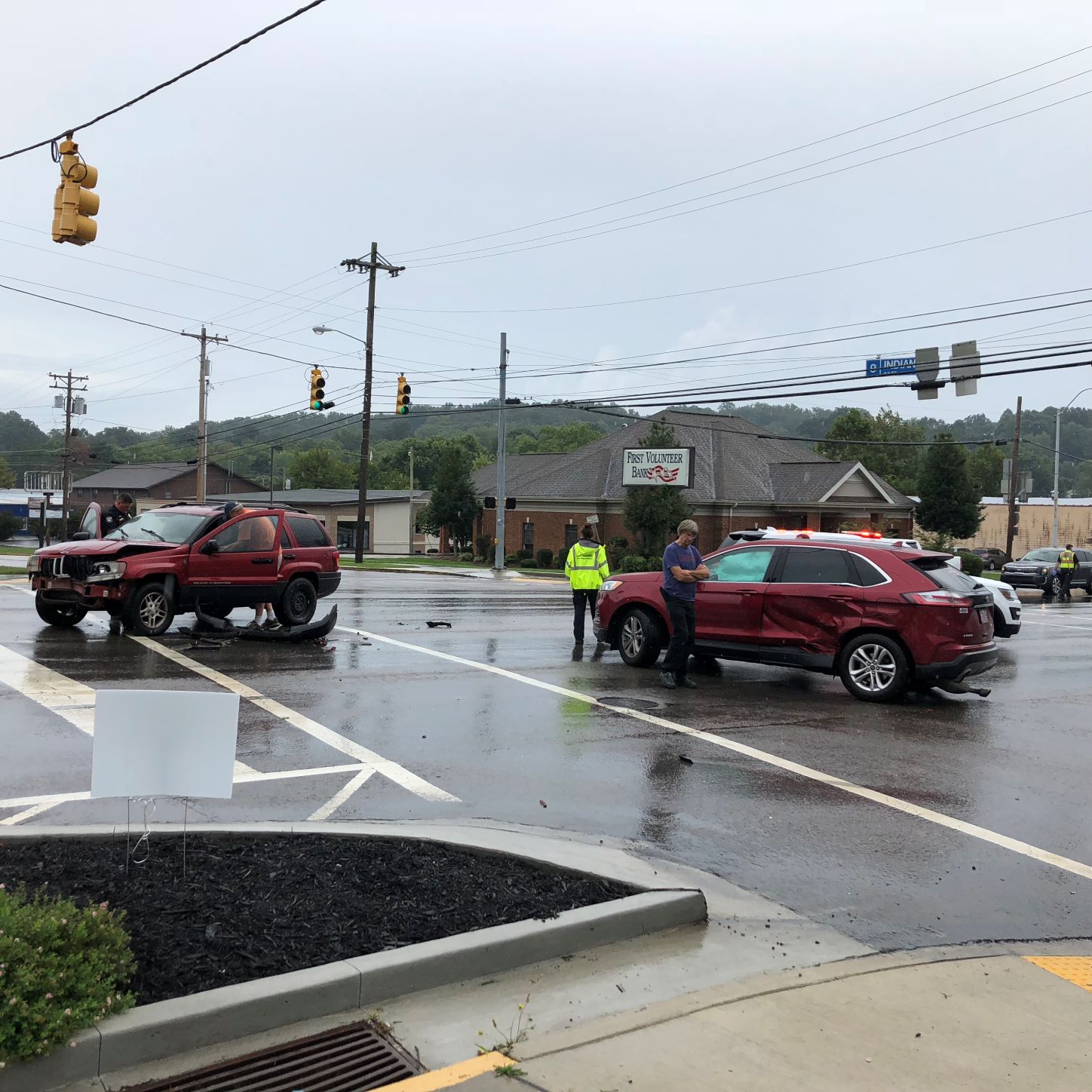 TOP PHOTO: A two vehicle wreck closed off traffic to four of the five lanes of East Central Avenue.

LAFOLLETTE, TN (WLAF) – As a steady, light rain fell, La Follette Police and first responders with the La Follette Fire Department were checking on those involved in a wreck that happened just before 4pm on Monday.

Under the Indiana Avenue traffic light is where two red vehicles collided setting off air bags in one of the vehicles.

West bound or La Follette bound traffic was sent around the block at South 4th Street and back onto Central at Indiana. Those travelers headed east were down to a single lane with the flow of traffic backed up to 9th Street.

No one was seriously injured.