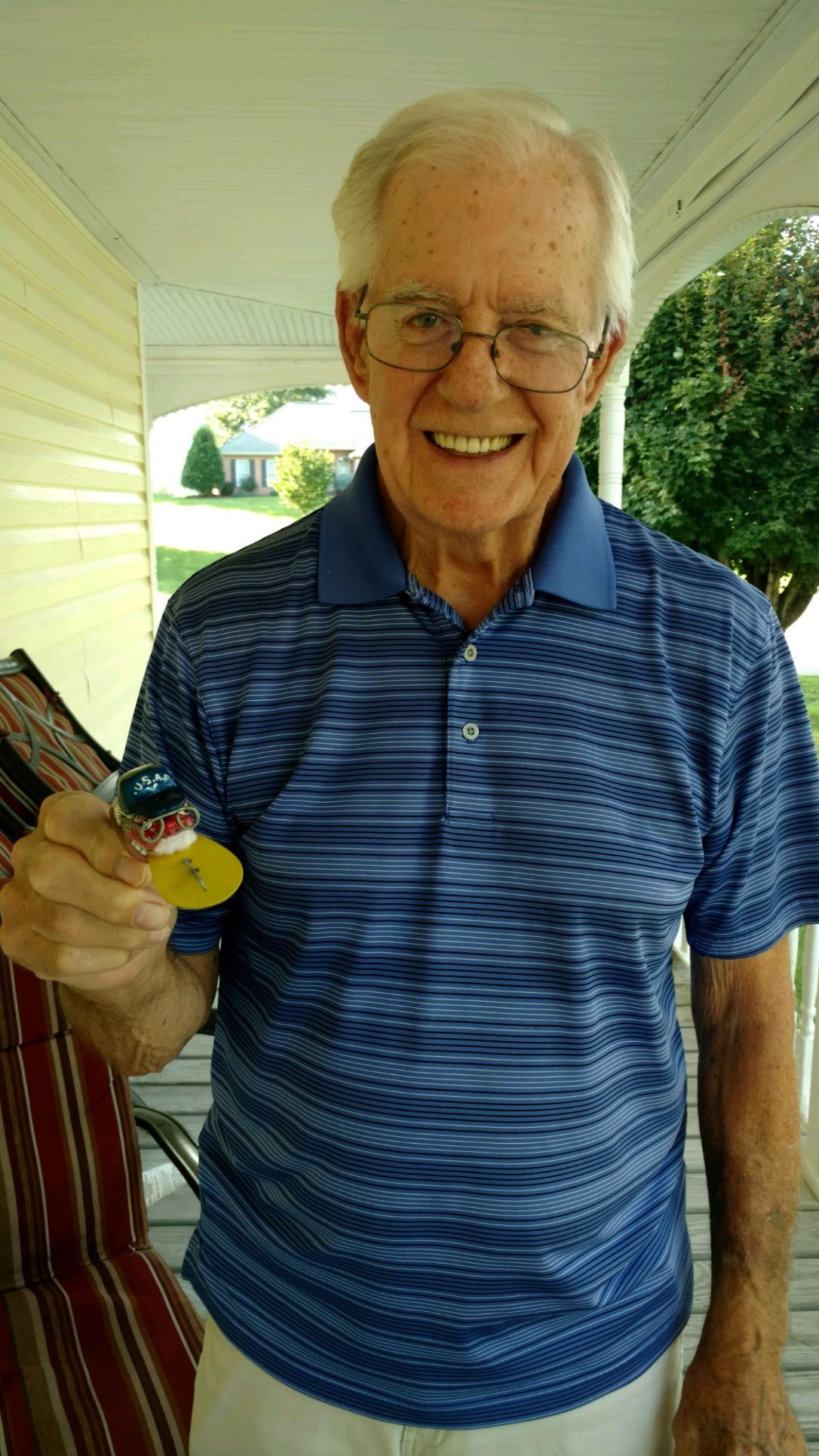 JACKSBORO, TN (WLAF) – Local artisan Verlon Caudill has been hand carving and painting fishing lures for more than 50 years. He is also an accomplished quilter of nearly 40 years, makes black powder muskets and is a crafter of hand carved wood art.

Owner of Circle V Baits, Caudill is originally from Hazard, Ky, and grew up the son of a coal miner. After serving in the United States Air Force, Caudill went to Ohio to work in the automotive industry. He retired as a supervisor in a Chrysler plant at the age of 53 and moved to Campbell County. He has lived here for the last 30 years.

It was a trip down here to Tennessee from Ohio that first got him started in hand making fishing lures. He said he was visiting family here in Campbell County, and he saw a hand made lure that he wanted, but the price was too high for him at the time. It got him to thinking he could make lures and so he gave it a shot and he caught fish on them. His hobby eventually turned into a business.

According to Caudill he loves different hobbies and “keeping busy.” Over the years he has won multiple awards for his hand carved wood art. He has built multiple black powder muskets and is currently working on a black powder rifle.

“If I was interested in it and got it in my head that I wanted to do it, then I wouldn’t give up until I figured it out,” Caudill said.

Also an avid quilter, Caudill has been quilting since 1984 and has created more than130 quilts, including about a dozen during the pandemic. He learned to quilt from his mother. He recently made quilts for his daughter and his grand-daughter.

His hand made baits have been sold all over the country, and he even has a following in Australia, where tons of his lures are sold.

He hand carves balsam wood baits suited for deep water, shallow water and top water fishing. He can wrap them in foil, frog skin, fish skin and snake skin. They come in all colors and sizes, even one called The Dolly, which he carved and painted to look like music legend Dolly Parton complete with a big bust, blond hair and bikini. It’s more of a novelty bait, though once, while testing a Dolly in Cove Lake, Caudill said he caught a bass on it.

“Usually folks don’t fish with them, they’re more to hang on the wall or as a conversation piece,” Caudill said.

According to Caudill, Dolly has even seen the bait made in the likeness of her.

“A fellow that was her neighbor bought one once and said he showed it to her and she laughed,” Caudill said.

“I’ve sold about 200 of these over in Australia,” he laughed. He’s sold lots of his other hand carved lures to fishing enthusiasts over there as well and made lots of friends over the years. Some of those friends are bait makers as well and trade lures with him. One even sent him a lure made to look like him, complete with hat and glasses.

Once or twice he gets visits from his Australian friends who come and go fishing with him on Norris Lake.

Circle V Baits are all hand carved out of balsam wood. Inside each lure is lead weights and a rattle. After sanding and painting the lures, they are then ready to be wrapped in either colorful foils or real snake, fish or frog skin. After wrapping it and letting the skin dry and shrink, he covers it with several coats of clear varnish.

His baits are made to mimick shad, crawfish and frogs and if the amount of fish Caudill catches is any indication, it’s a darn good imitation.

“The froggy is one of my best sellers. Frogs are a natural food source and the fish love ’em,” Caudill said.

He said one time a guy up in Connecticut caught so many fish on one of his baits that the guy called the next day and ordered a dozen more. All in all, the Connecticut fisherman bought more than 100 lures.

“It just gives me such a thrill to know people catch fish on them,” Caudill said.