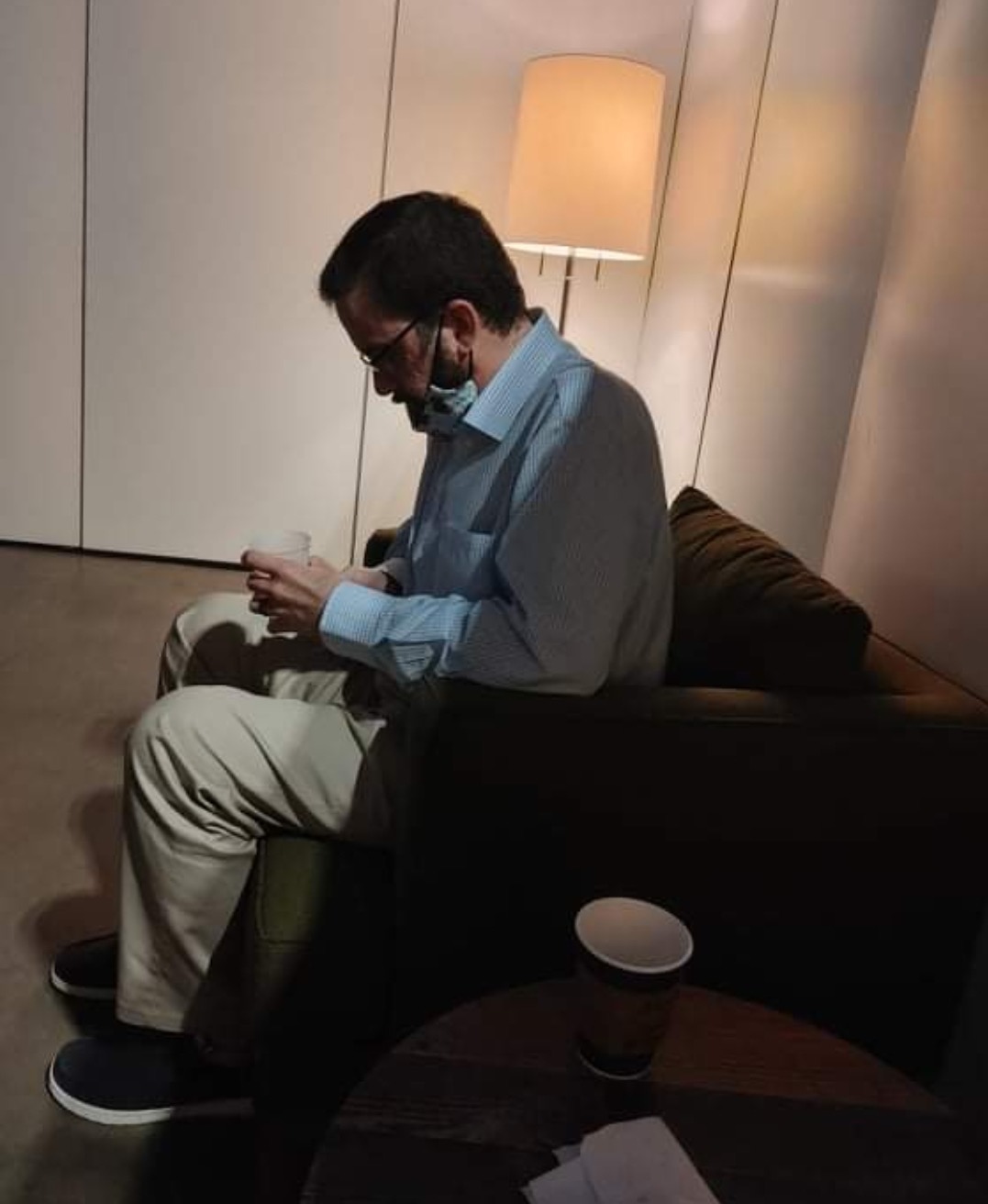 TOP PHOTO: Zach Lloyd waits in the Green Room prior to speaking Monday at an event associated with this week’s Southern Baptist Convention.

NASHVILLE, TN (WLAF) – East La Follette Baptist Church Pastor Zach Lloyd spent the balance of the last year fighting for his life at Vanderbilt Medical Center. The COVID-19 patient and double-lung transplant recipient was in Nashville on Monday though he wasn’t back at the hospital.

This is the week of the Southern Baptist Convention (SBC), and, fittingly, it is being held at Nashville; Lloyd’s home away from home. The young pastor was asked by the North American Mission Board to be a part of the SBC. His time to speak on church outreach and missions came before a luncheon audience of over of 10,000 people on Monday.

Lloyd, forever a huge sports fan, was in his element yesterday surrounded by former college football coaches Bobby Bowden and Mark Richt all the while sharing his love of the Lord. “Here’s a former national championship coach (Bowden) and one time SEC coach (Richt) and then me,” said Lloyd. “Poor ole Zach from Coolidge was there speaking and taking part in a question and answer session. Never in a million years would I have ever thought that something like today would have happened,” he added.

Richt is the national spokesman for Send Relief, the compassion ministry arm of the North American Mission Board (NAMB). He, himself, was taken by surprise when Bowden, Richt’s coaching mentor, showed up at Monday’s luncheon.

During the pandemic, Red Bank Baptist Church of Chattanooga was looking for a pastor it could support, and Lloyd’s story was shared with the pastor and congregation. The church ended up helping the Lloyds with their house payment and more. HERE is how the story unfolded.

“It’s really overwhelming, an amazing thing, that truly showed the purpose of the church and how they were all praying for me, my family, community and church. It was amazing to see them unified for something,” said Lloyd. “I am forever grateful for all the love shown by our church and community,” said the young pastor.

The icing on the cake came when a video from Truist Park was played at Monday’s luncheon. It featured the vice president of the Atlanta Braves, an NAMB board member, who told Lloyd he knew he was a huge baseball fan, a Braves fan. Lloyd is going to receive a personalize Braves jersey and cap and was invited to a game as well as an invitation to attend batting practice.