The WLAF – Hammrtech Hot Line
WLAF TRAFFIC: Hwy 90 between 25W at Morley and Smokies Market is OPEN to one lane of traffic ... 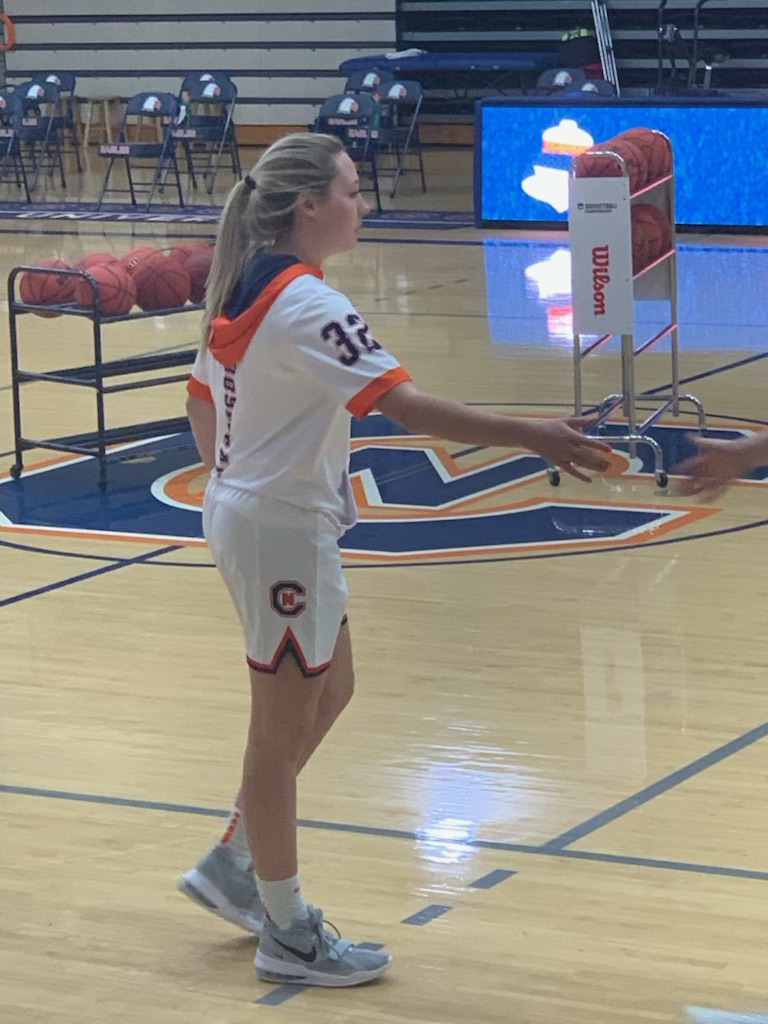 JEFFERSON CITY, TN (SPECIAL TO WLAF) – On a day where 20th-ranked Carson-Newman reset the program record for blocks, the Lady Eagles outscored Wingate 31-13 over the final 10 minutes to pull away of a tight game and win 105-79 in South Atlantic Conference play Saturday at Holt Fieldhouse.

For the second time in a week, Mincey’s crew posted double-digit rejections finishing with 13, three shy of the SAC record for a game. The prior program high mark was 11 at King on Dec. 11, 2010. Five different players produced multiple rejections.

In the game, Mincey’s crew posted five runs of at least nine unanswered points. Entering Saturday the team had five such sequences in the first six contests of the year.

Five Lady Eagles scored in double figures led by 21 points and 10 rebounds from Lindsey Taylor (Maryville, Tenn.). It was her third double-double of the season as she went 9-for-10 from the field in 19 minutes of action.

“Lindsey Taylor played two minutes in the first half but she did a great job in the second half,” Mincey said. “It shows how important she is to our club. We were up two at the half but we were getting hammered on the offensive glass. We had given up 17 offensive rebounds and put them at the free-throw line a ton and we hadn’t shot any. I was really disappointed, I felt like we were getting outworked. When she came in, she made her impact felt by going for 21 and 10 in the game.”

Madison Bunch (Morristown, Tenn.) rounded out the double-digit scorers with 11 points making all four of her shot attempts and all three from downtown.

“After halftime we were down on rebounds and second-chance points so once we got our rhythm and saw what they were doing and their game plan I think it helped a lot,” Bunch said. “Once we started making the right plays and hitting the open people instead of forcing it inside, it helped a lot.”

As a unit, the Lady Eagles finished with 62 points in the paint and 41 fast break points while shooting 54 percent from the field draining 71 percent, 12 of 17, from the floor in the fourth quarter.

Carson-Newman scored the first nine points of the game and 15 of the first 17 as Wingate missed its first seven shots from the field. The margin reached 13 on several occasions but the Bulldogs ripped down a dozen offensive rebounds scoring all of their 14 points on second chance opportunities trailing by 10, 24-14 after 10 minutes.

In the second stanza, the visitors drilled back-to-back triples to pull within four. Mincey’s crew was able to build back an 11-point margin on a deep right-wing three-pointer from Bunch with 4:12 to play in the half. Wingate stormed back with a quick 6-0 burst closing the half on a 13-4 run to close the gap to 43-41 at halftime.

The Lady Eagles fired a haymaker with seven unanswered to end the frame scoring the final seven an using a 19-2 outburst to make it an 86-68 game. The Orange and Blue reeled of 14 straight points prior to a jumper from Jaia Wilson in the waning seconds.

The Lady Eagles start a four-game road trip over seven days starting with a short visit to Lincoln Memorial on Wednesday at 5:30 p.m. Air time on The Mountain 106.3 (WPFT-FM, Sevierville) and cneagles.com/live is 5:15 with “The AEC Countdown to Tip-Off.” (WLAF NEWS PUBLISHED – 01/25/2021-6AM)