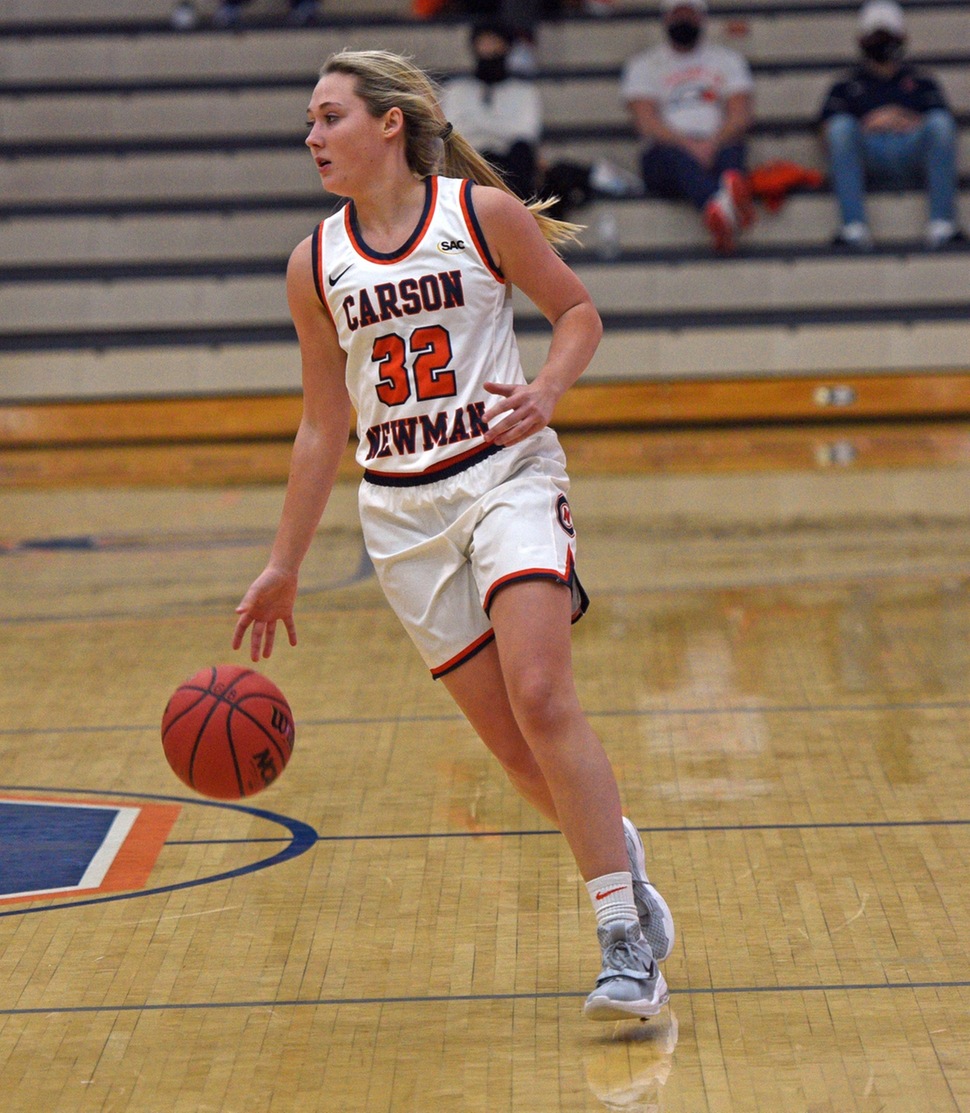 “It’s going to serve us well moving forward,” Carson-Newman coach Mike Mincey said. “Limestone gave us everything they had. They have a really good player, [Quin Byrd] that hasn’t played this year. She was a shaker and baker. It was a really difficult game for us. Now that we are on the winning side I can look back and we can grow from it. I think it will serve us well. We had to fight through that zone. We changed things up too to try to build back the lead.”

In the third meeting between the two schools, the Lady Eagles pick up their first win over the Saints controlling the glass to the tune of a 47-29 advantage assisting on 22 of 32 made field goals.

“We really needed a win,” Taylor said. “Limestone is a really good team. I knew that I needed to pick it up from last game because I didn’t do too good. It’s a good thing Sydney [Pearce] was there. My mindset was that I needed to have a better game today.

“It gives me a lot of confidence that my guards trust me to handle it in the post. I haven’t been too confident for the last couple games so it builds my confidence for the next couple.”