The WLAF – Hammrtech Hot Line
... Campbell plays at Central Thursday at 6 pm with the Lady Cougars followed by the Cougars. WATCH here over WLAF ... Bus 26 is not making its rounds the rest of the week ... 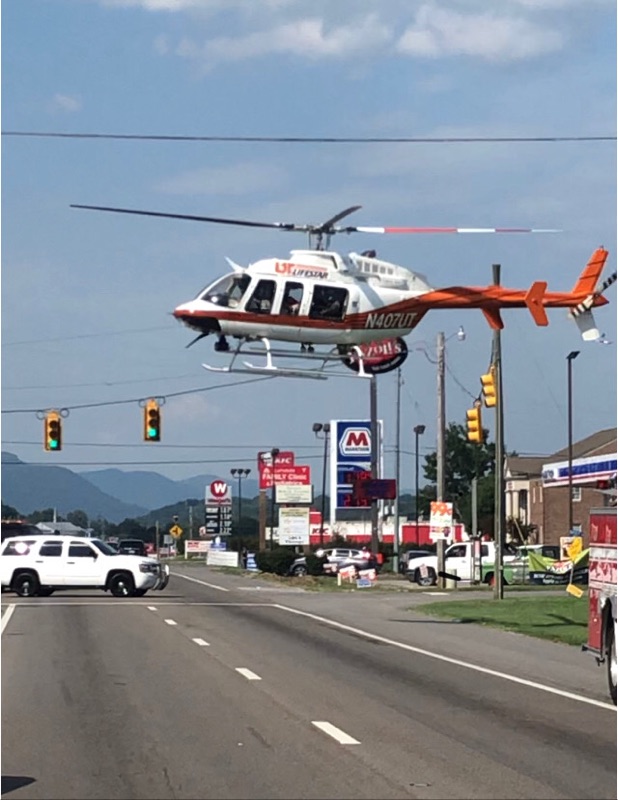 TOP PHOTO:  This medical helicopter threaded the needle to its landing zone next to the Fazoli’s stop light back in July to fly out a patient from a car wreck.

LAFOLLETTE, TN (WLAF) – On a regular basis, I have a front row seat to watch our Campbell County First Responders in action.  It’s hero worshipping at its best.

My mind is full of sights, sounds and adrenaline pumping memories of watching our First Responders going at warp speed.  At times, it’s a little difficult to comprehend all of the intricacies involved as first responders answer a call.  Over the years of covering first responders, I’ve come to realize that it’s a combination of extensive training, experience and shear human instinct as I watch firefighters, police and EMTs almost flawlessly get on the same page within seconds of an incident to begin saving lives. 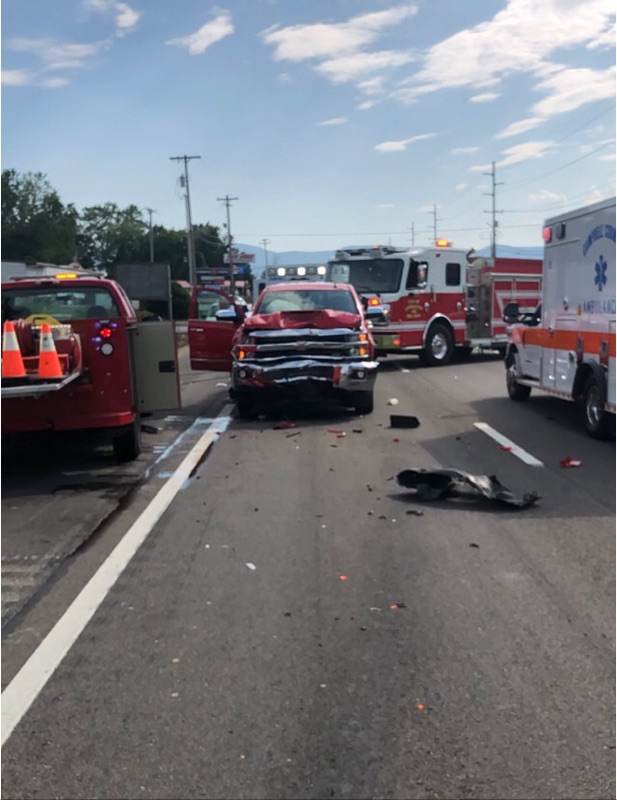 This wreck scene in July near Doyle’s Tire Shop was a prime example of the well-oiled machine we call First Responders quickly working to save lives.

The most recent event that comes to mind happened just before 5 pm on the afternoon of July 16.  Firefighters with the La Follette Fire Department had just answered the call of a pick-up truck overheating in the cut across near the Weir Woods entrance.  No sooner had the units finished up, when they drove down the Jacksboro-bound side of the four-lane as on coming traffic yielded.  They were responding to what ended up being a four-vehicle chain reaction wreck with multiple injuries several hundred yards up from the pick-up call. 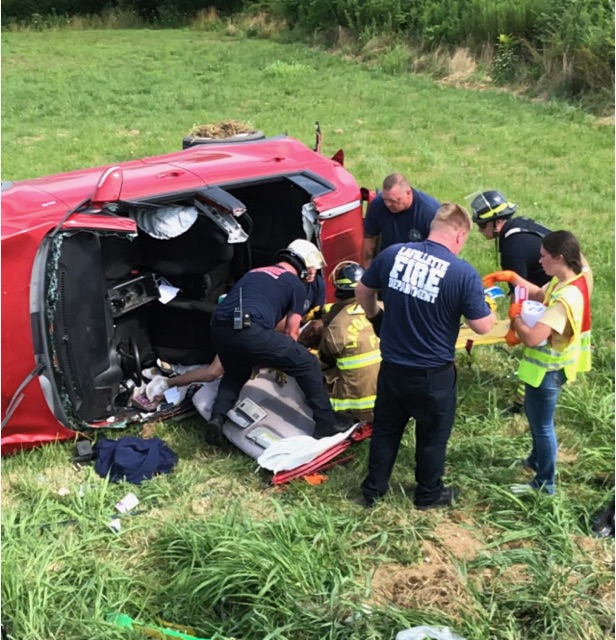 First responders with the La Follette Fire Department cut the roof off this car to free its driver.

Going home traffic was funneled through a cut-a-cross to the other side of the four-lane highway as First Responders were in action cutting one of the injured drivers from her car  There was a First Responder tending to everyone who had suffered injuries.  La Follette Police, Public Works and Campbell County Sheriff’s Deputies assisted in many ways especially with traffic and setting the LZ (landing zone) for the med chopper that soon landed on scene.

It was a repeated effort that I’ve witnessed many times over the years; First Responders working together to save lives.  That said, WLAF salutes and thanks all of our nearly 200 Campbell County First Responders.  (WLAF NEWS PUBLISHED – 10/30/2020-6AM)

2 Replies to “Being a hero worshipper is the easy part – WLAF salutes our First Responders.”