The WLAF – Hammrtech Hot Line
... Campbell plays at Central Thursday at 6 pm with the Lady Cougars followed by the Cougars. WATCH here over WLAF ... Bus 26 is not making its rounds the rest of the week ...

Wlaf1450
News / Sports / October 28, 2020October 28, 2020
CARYVILLE, TN (WLAF) – A LaFollette man was arrested on DUI and other charges after striking a vehicle and a house in Caryville, before backing out and driving himself home. 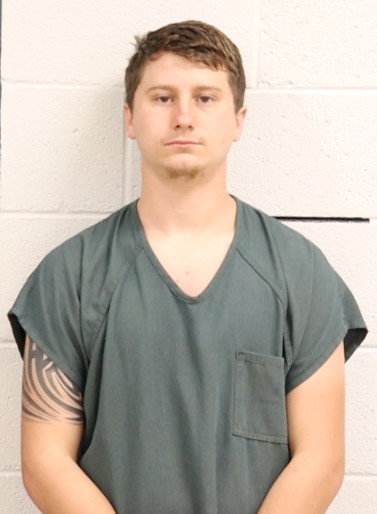 Bailey Dewayne Miller, 21, (above) was arrested around 11 pm on Oct. 24  after Caryville Police received a report of a vehicle leaving the road, hitting a parked vehicle and then striking the front of a house located on Mountain View Road.  The accident damaged the porch, the outside and the inside of the house.  According to the arrest report, Miller then backed out of the driveway of the house he had struck and left the scene of the accident.
Caryville Police Officer Tony Mahar was able to make contact with Miller.  Miller allegedly admitted he had “missed the turn” causing him to strike the vehicle and the house on Mountain View Road.  Mahar reported he could smell a “strong odor of alcohol” coming from Miller.  The officer had Miller perform a field sobriety test, which he allegedly failed, showing multiple clues of intoxication during the test.
Miller was arrested  and charged with driving under the influence, leaving the scene of an accident, failure to exercise due care, failure to maintain lane and failure of the financial responsibility law.  (WLAF NEWS PUBLISHED – 10/27/2020-6AM)