PINECREST, TN  (SPECIAL TO WLAF) – The identity of the victim of Saturday night’s Norris Lake boating incident is being released. 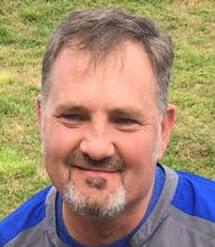 The investigation into the death of Paul Musick continues.

Paul Musick, 51, of Norris, TN died in a single vessel boating incident on Norris Lake just before 11 p.m. on Saturday night.  Based on evidence and the location of the victim’s body, TWRA wildlife officers say they believe Mr. Musick was ejected from his fishing boat after it struck a work barge that was docked against the shoreline.  Mr. Musick’s boat then continued traveling, crashed into the shoreline, and burned several hundred yards away from the initial collision.  TWRA boating investigators located and recovered the victim’s body on Sunday afternoon around 5 p.m. using an underwater Remote Operated Vehicle in about 60 feet of water.  Mr. Musick was not wearing a life jacket at the time of the incident.

A resident in the Big Creek area of Norris Lake dialed 911 around 11 p.m. on Saturday night after hearing an explosion and seeing a fire on the lake.  Wildlife officers arrived on the scene of a crashed boat that was fully engulfed in flames, which were extinguished by members of the Campbell Co. Rural Fire Service.  Campbell Co. Rescue Squad, Campbell Co Rural Fire, Jellico Rescue Squad, and Anderson Co. Rescue Squad assisted in the search for the victim.  TWRA offers prayers and condolences for Mr. Musick’s family.