JACKSBORO, TN (WLAF) – As they left the scene of the crime, Jacksboro Police Officers Sgt. Franklin Ayers and Det. Sgt. Cody Chapman turned to each other, almost simultaneously, and said, “Let’s go buy her a phone.” 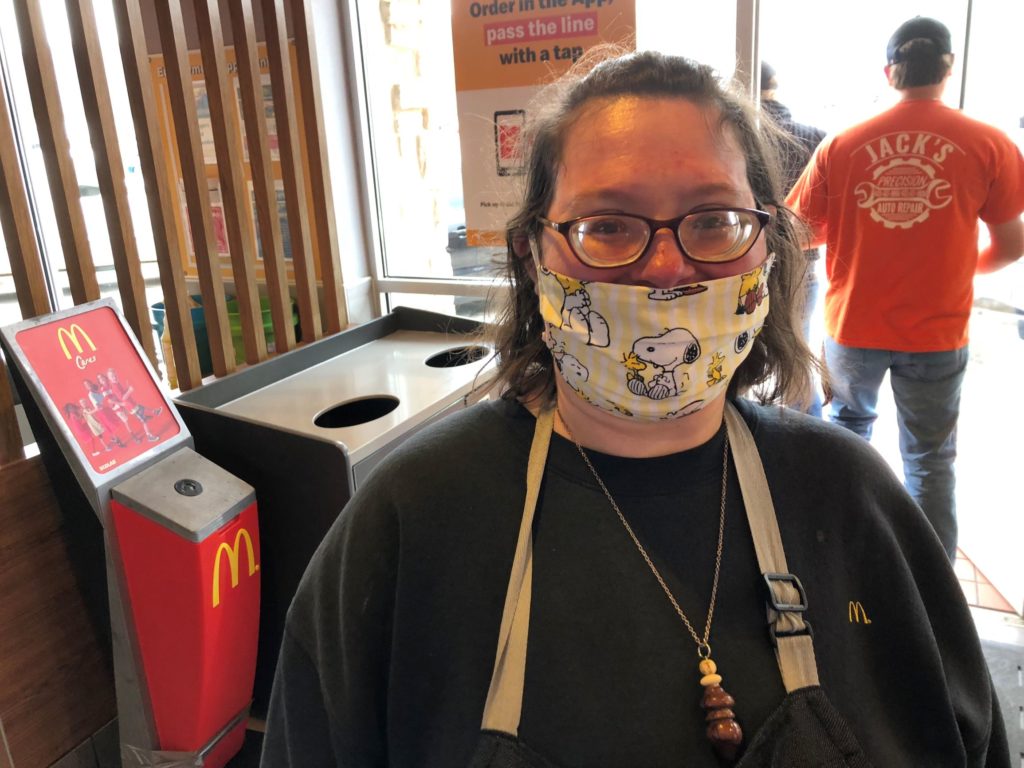 If you frequent McDonald’s, you know her smiling face, even behind the mask these days.  Abbi Oliver (above) works the room as customers come and go while the regulars sit, talk and sip on coffee for hours.  Everyone who comes in leaves knowing Abbi.  She calls herself a “lobby person,” though that hardly begins to describe what she does for Mickey D’s and how much she means to the customers.

Earlier this month, she had her phone charging in the dining room of the eatery.  When she came back off break, her phone was gone.  She searched for a good hour, then fretted overnight and finally called JPD the next day.

Chapman said, “We watched the store surveillance footage and spotted the woman who stole the phone, but there was just no way to get a good look at her face and  identify her.  The thief was even on camera talking with Abbi before making off with her phone.” 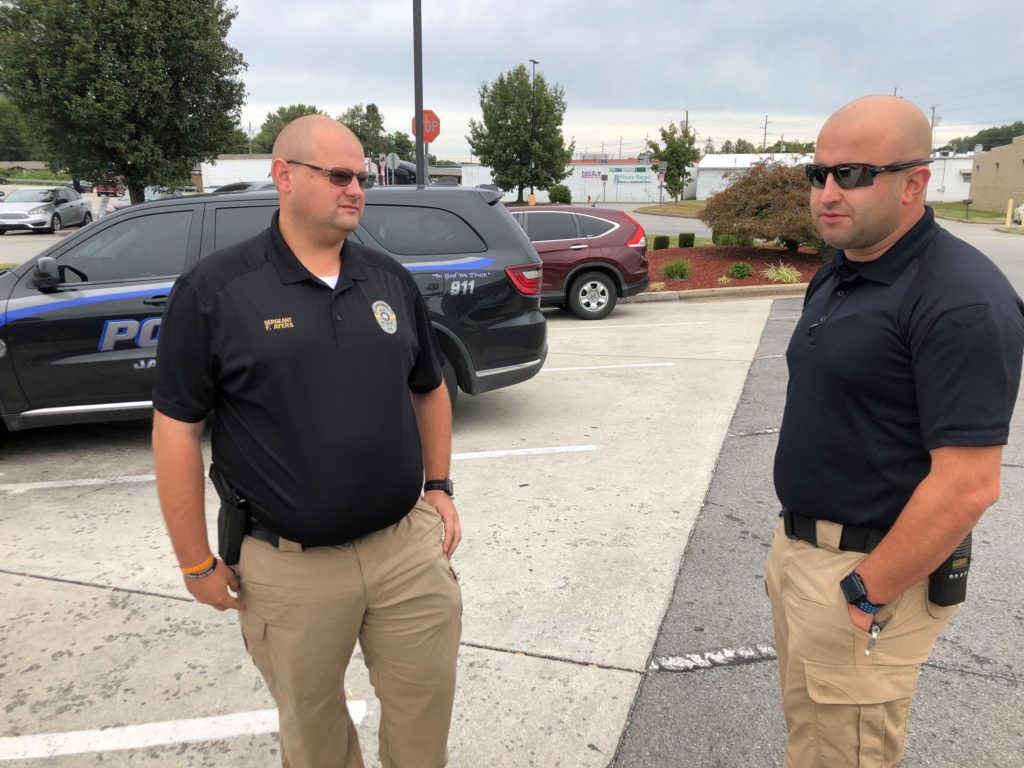 Jacksboro Police Officers Sgt. Franklin Ayers (left) and Det. Sgt. Cody Chapman were glad to be in a position to help Abbi Oliver in touch with her family.

As Ayers and Chapman visited with Abbi, the one comment she made really got to Ayers.  She said, “It’ll be a long time before I can save up to buy another phone, and I’m not going to be able to talk to my family (in the Nashville area).”

It just so happened that it was pay day for the officers, and as they drove away from the investigation, they each had the idea that they needed to take care of Abbi.  And they did.  The pair went straight to the Walmart and bought her a phone.

“We talked to some folks at McDonald’s, and they spoke so highly of Abbi, and I thought we need to help her,” said Chapman.  Ayers added, “Knowing what kind of person she is makes me glad that I was able to do it.” 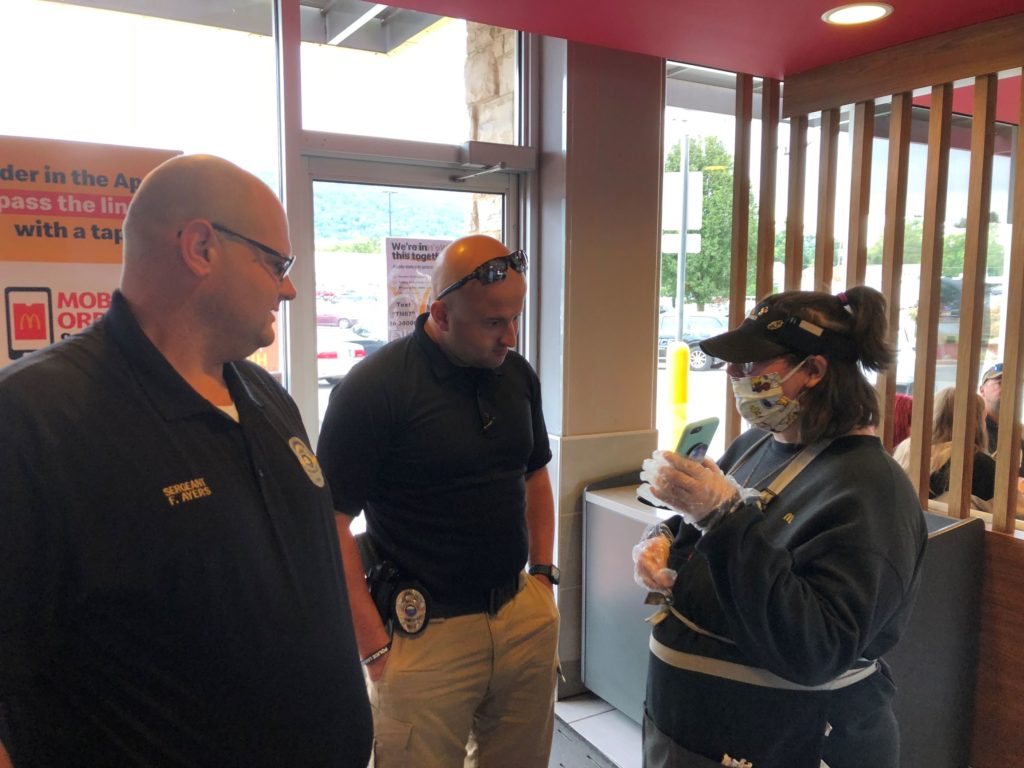 As soon as the officers walked in to McDonald’s on Wednesday, Abbi was quick to show them her screen saver.

Chapman pointed out, “There’s more to this job than just putting people in jail, and this was a chance for us to help someone out.  I was happy to be able to do it and thankful that I had the means to do it.”

“I was shocked and happy!  This phone is new and a lot nicer than my old phone,” said Oliver.  The 38-year old lady, who has worked at McDonald’s for four years, was quite relieved.

Ayers and Chapman walked back into McDonald’s with a new telephone for Abbi, and it shocked her to see the shiny new device.  However, once the shock quickly wore off, she jumped into their arms for a big thank you hug for her new phone. 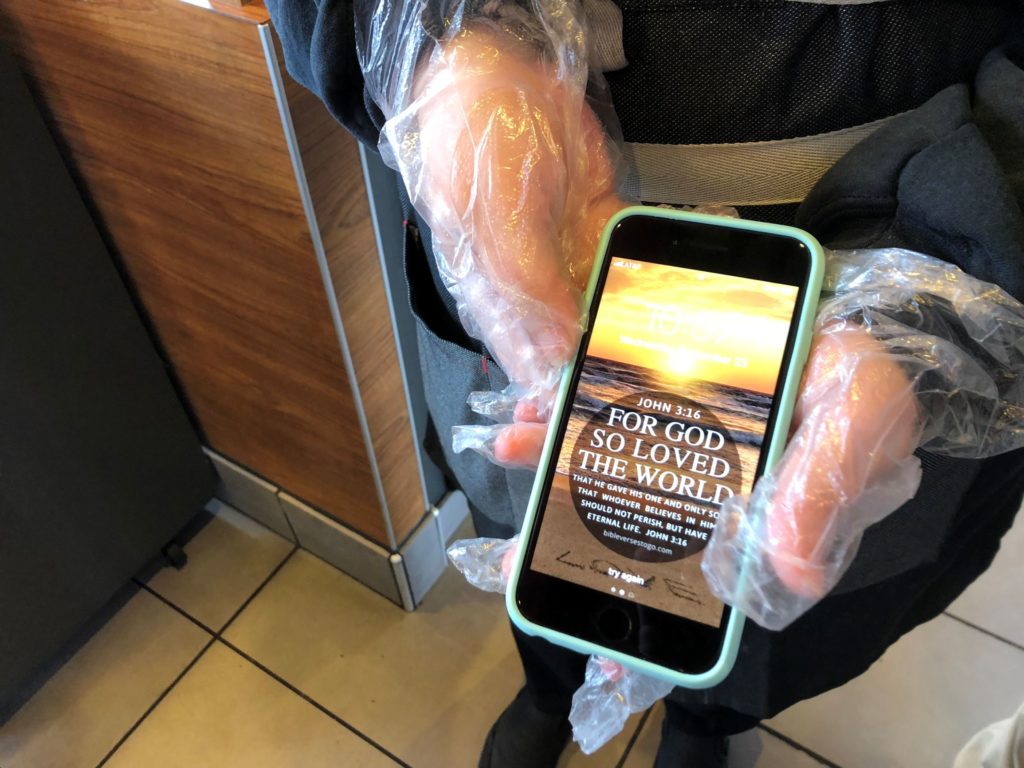