TOP PHOTO:  The call of a fire at this house on High Street came in at 5:12 pm on Wednesday afternoon.

Firefighters with the La Follette Fire Department and the Campbell County Rural Fire Service were on scene.

LAFOLLETTE, TN (WLAF) – An unoccupied house on High Street caught fire late Wednesday afternoon.  At 5:12 pm is when firefighters with the La Follette Fire Department were paged out to the blaze.

LFD Chief Jimmy Pack said, “The front porch and two rooms were fully involved when we arrived.  This house is at the very end of the street down in sort of a little valley all by itself.”  High Street is on the north side of the nearby 13th Street underpass. 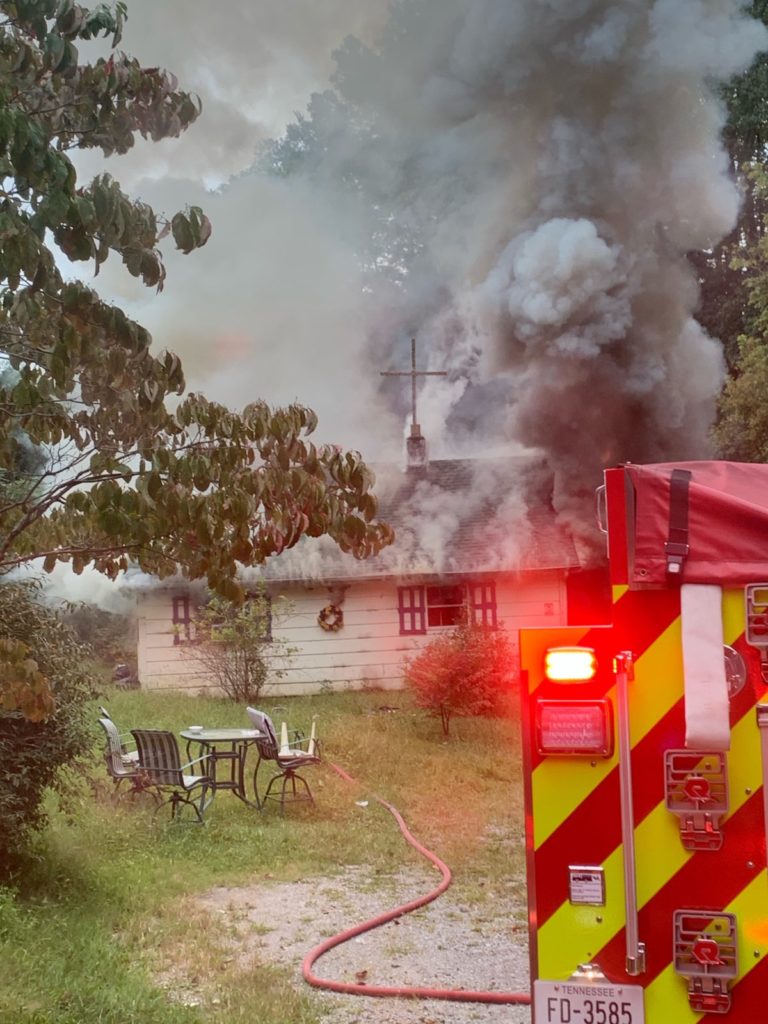 “Given where the house is located, it may have been a while before anyone noticed the fire,” said Chief Pack.

The house is the last house on High Street and is at the bottom of a hill.

The C Shift from LFD responded with assistance from the Campbell County Rural Fire Service.  “The CCRFS brought its tanker truck, and that was critical,” said the chief.  The Campbell County EMS was on medical standby and La Follette Police also responded to keep traffic clear around the scene.  LUB was called on to make sure utilities to the house were shut off.

The house suffered a lot of damage. 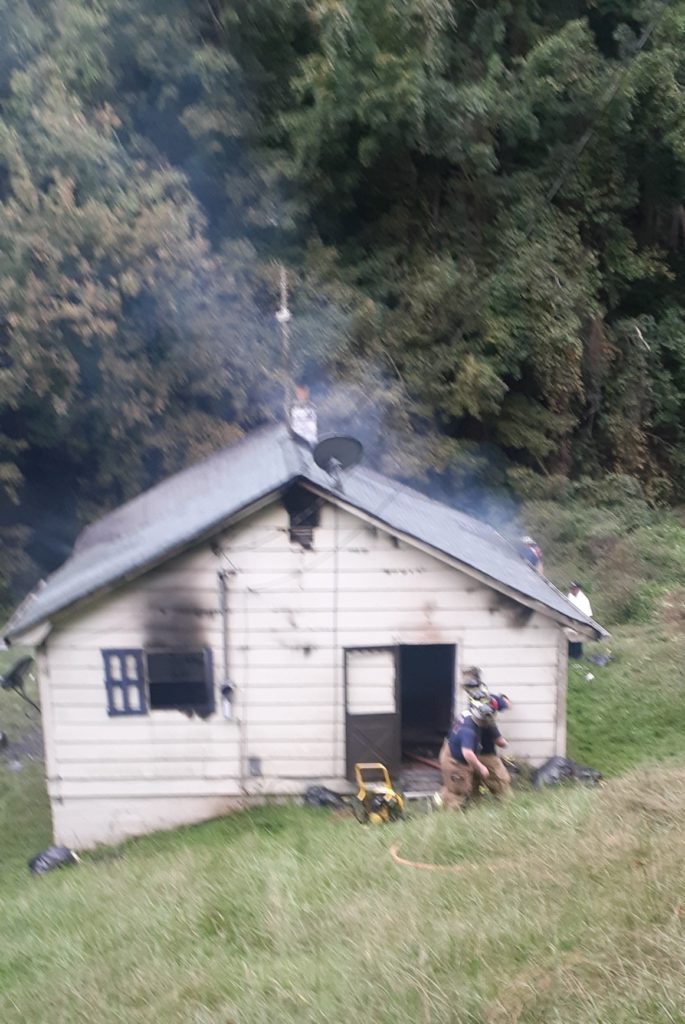