Mayor Mike Stanfield was set for arraignment on seven counts of official misconduct, one count of retaliation for reporting to the comptroller and one count of misrepresenting information to a state auditor. In October 2019, Stanfield paused a moment as he worked to help clear debris at the Faithway Assembly of God Church following the flooding at the church in June 2019.

Stanfield, who exercised his option not to appear at his arraignment, had created confusion as to who was representing him. Steve Hurst appeared for Stanfield but said that James Bell, a Knoxville attorney, had contacted the district attorney who would be prosecuting the case. Nathan Nichols was appointed to prosecute the case instead of Eighth Judicial District Attorney General Jared Effler’s office and had spoken with Bell; the two brokered an agreement for a later court date when Nichols had a conflict with Monday’s date, Hurst said. Seeking to clarify the situation, Hurst told the court Stanfield had initially contacted Bell to represent him but over the weekend sought out Hurst instead.

On behalf of Stanfield, Hurst entered a not guilty plea. The case was set for a status call on Nov. 30.

Stanfield was arrested earlier this month following an investigation by the Tennessee Bureau of Investigation where it was revealed he had allegedly used city resources for personal gain and instructed  city employees to lie to state officials. 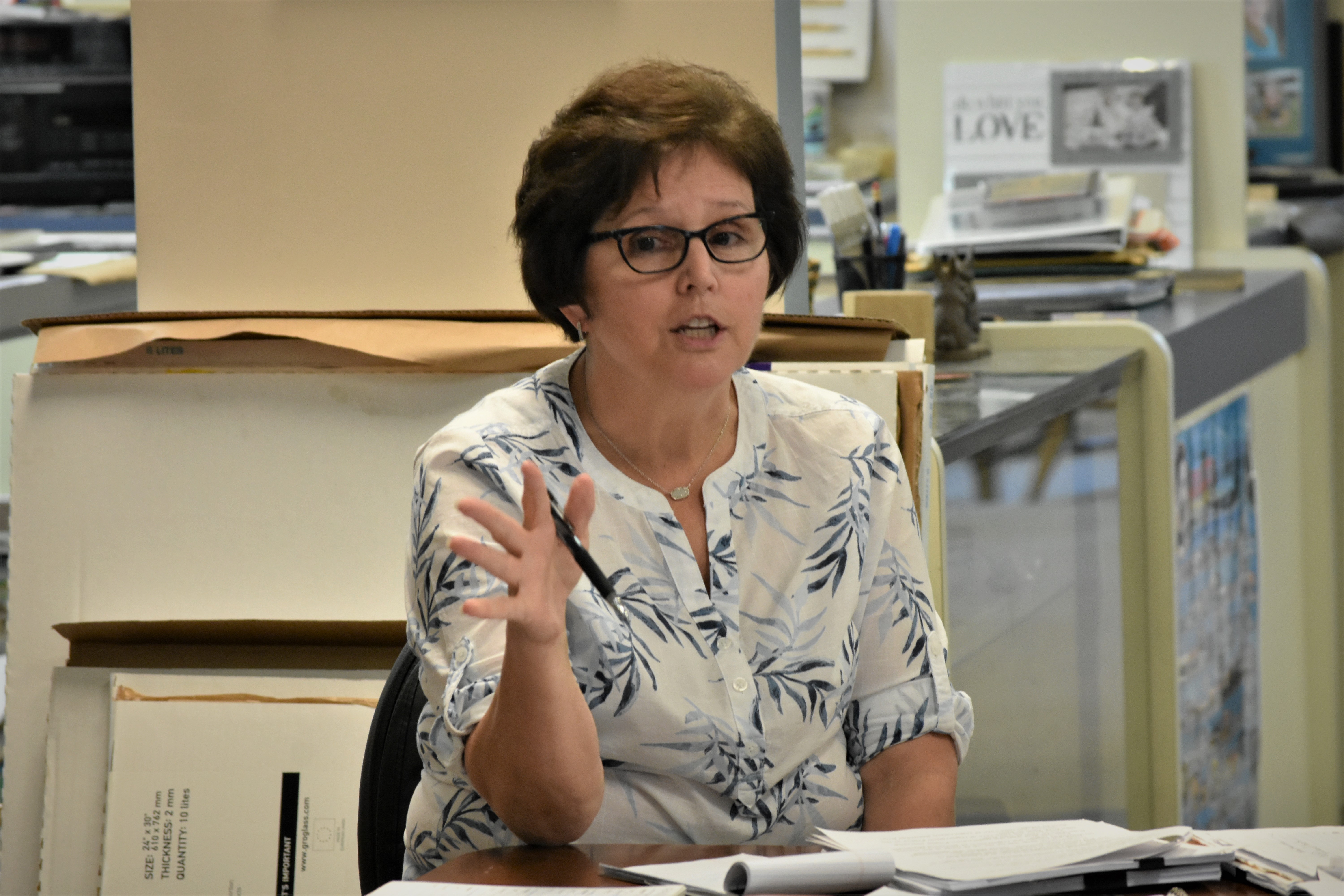 Thompson heads up a La Follette Best of Times meeting in September 2019.

Councilwoman Ann Thompson was also on the docket.

She is facing 36 felony counts that include 34 counts of wiretapping and electronic surveillance and two counts of official misconduct. Her case, which is nearly a year old, was promised resolution soon.

At the last hearing in July, it was learned that a plea offer was in play.

An offer had been made by the state but the nature of that offer wasn’t disclosed, only referenced by Franklin Ammons, Thompson’s attorney at that hearing. Ammons said he was preparing a counteroffer to present to prosecutors with an expected completion by the Sept. 14 court date.

“We made an offer and asked for a written counteroffer,” said Assistant District Attorney General David Pollard in July. “We are still waiting.”

On Monday, Greg Isaacs, appearing on Thompson’s behalf when she too exercised her option not to appear, said he was “optimistic” the case could be resolved. He referenced a counteroffer for the state. She too is scheduled to appear again in November.  (WLAF NEWS PUBLISHED – 09/15/2020-6AM)