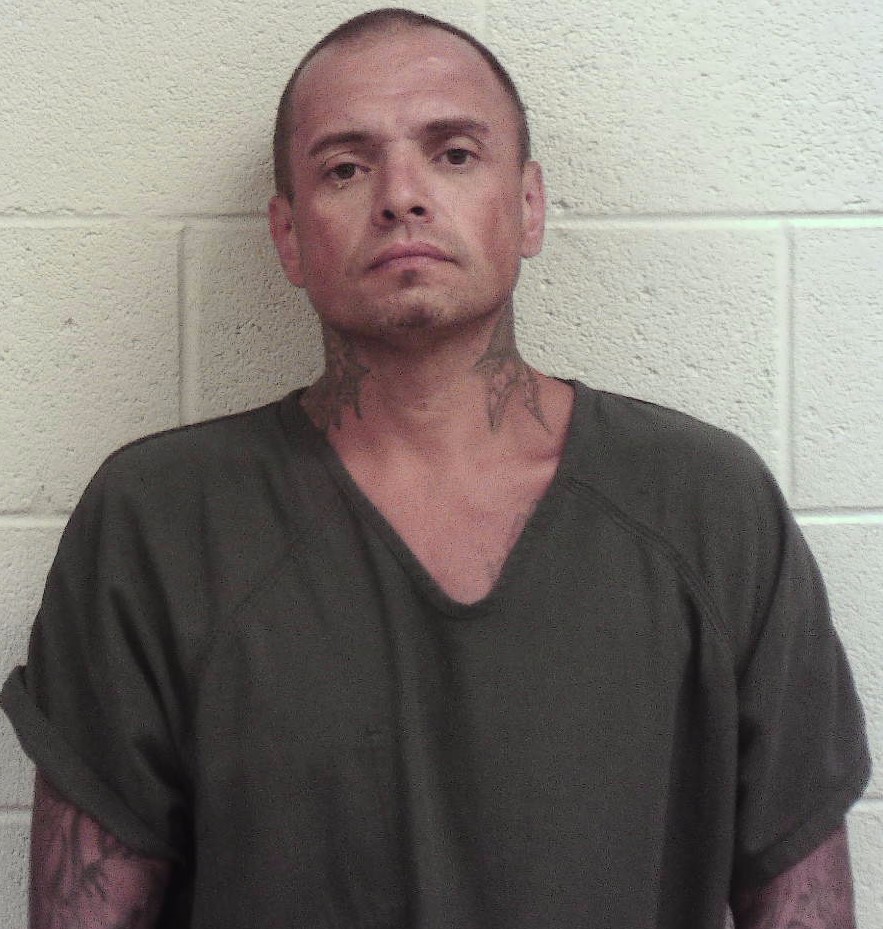 According to the report from the Campbell County Sheriff’s Department, Dustin Lee Spradlin’s speed was “paced at 100 miles per hour” on Highway 25, where the speed limit is 45 mph.

Dustin Lee Spradlin, 36, LaFollette, was arrested on over a dozen charges on Aug. 14 by the Campbell County Sheriff’s Department.

According to the sheriff’s report, deputies witnessed Spradlin driving on Mt. Perkins Road without a seat belt, which is what caused Sgt. Joe Hopson to “initiate blue lights and sirens.”  Spradlin then sped away through the Walmart parking lot and out of the parking lot exit that was blocked by vehicles. Hopson followed Spradlin, and Spradlin allegedly reversed at a “high rate of speed”, causing the deputy to run out of the road to avoid a collision.

According to the report, Spradlin then came back through the Walmart parking lot at a high rate of speed. He failed to signal and “ran the stop sign” onto Mt. Perkins Road. He then turned onto Highway 25W without stopping or signaling and traveled up the shoulder of the road during heavy Friday afternoon traffic.  Spradlin ran through the red light at Eagle Bluff Road, nearly striking Det. Sgt. Josh Goins who was coming through the red light with his lights and sirens on. He continued on the shoulder of the road, running the red light at Elkins Road, “almost striking several vehicles.”  Spradlin then proceeded on Highway 25W through a green light on the shoulder through traffic at the Highway 116 stop light at Caryville. He then proceeded onto old Highway 63, before turning onto Bruce Gap Road without signaling his turn.  Deputies lost sight of Spradlin’s Pontiac as it passed two vehicles on blind curves.  According to the report, Spradlin’s speed was “paced at 100 miles per hour” on Highway 25W, where the speed limit is 45 mph.

The vehicle was located a short time later at an Orchard Street address in Jacksboro.  Spradlin was found hiding under a swimming pool deck at the residence.

The property owner refused to allow the vehicle to stay on the property.  While inventorying the vehicle for tow, law enforcement located a pink bag containing a powdery substance believed to be Heroin. They also found two pieces of hand rolled cigarettes thought to be marijuana.

According to the sheriff’s report, Spradlin admitted to running from law enforcement and to possessing both schedule I and schedule VI controlled substances.

A court date of Aug. 20 awaits Spradlin.  He remains housed in the Campbell County Jail this morning without bond.  (WLAF NEWS PUBLISHED – 08/18/2020-6AM)