Wlaf1450
News / Sports / August 15, 2020August 15, 2020
CARYVILLE, TN (WLAF) – In April 1986, filming for the movie “King Kong Lives” began in Caryville.  Base camp for the movie was the former Thacker’ s Coal Town site at the 141 Exit of I-75.
Producer Dino De Laurentiis assembled an all-star cast and gathered a colossal budget for his 1976 remake of “King Kong.”  Filming lasted close to four weeks and involved about 100 people.  Many were local but none was in the movie.
Locals James Hatmaker and Lonnie Beech provided security while Raymond Carroll and Danny Lawson served as EMTs. 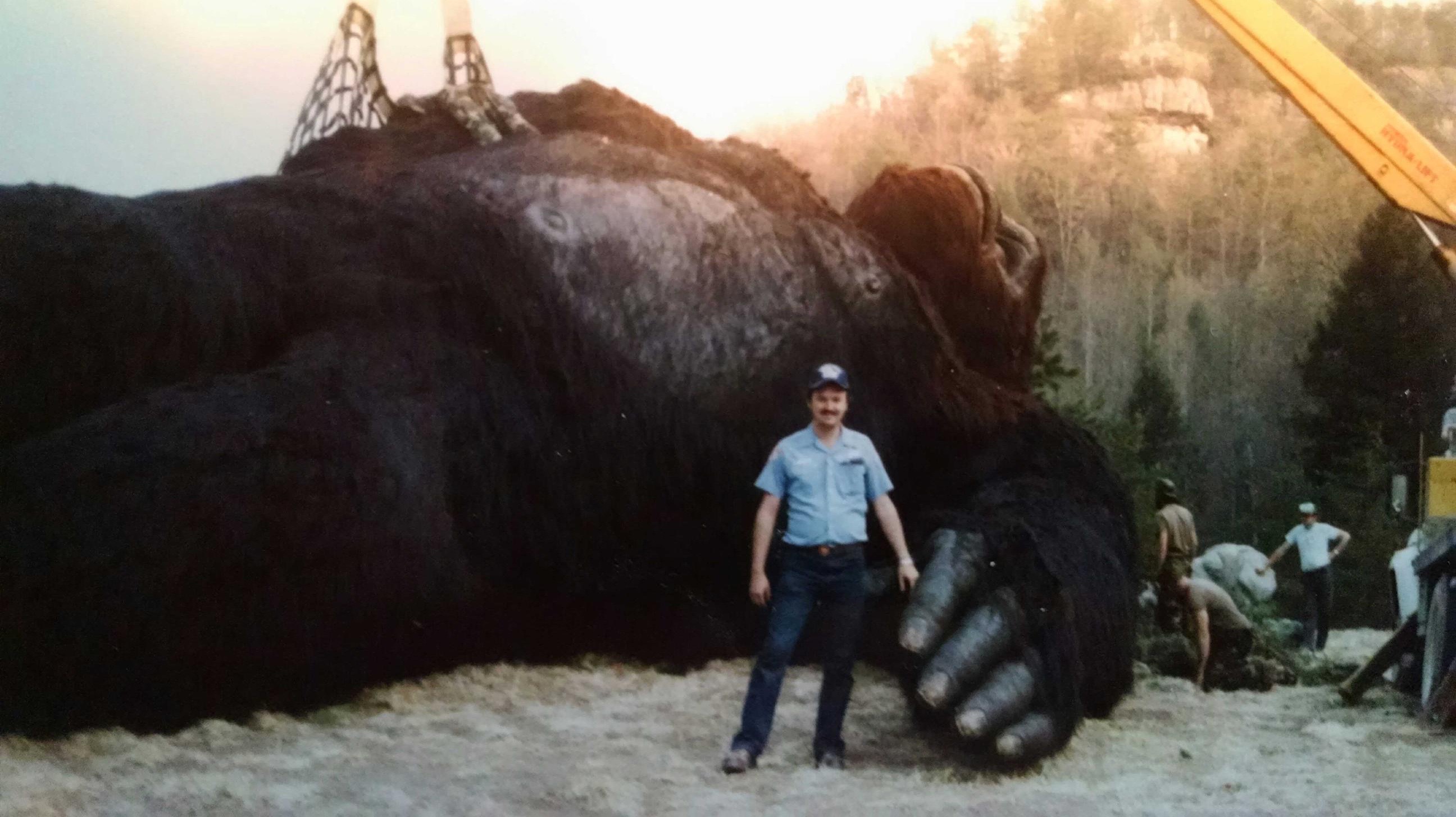 Speaking of Danny Lawson.  His son Daniel shared this photo with WLAF.
The movie opened in theaters in December 1986.  Reviews for the movie were not good.  See the movie trailer HERE.  (WLAF NEWS PUBLISHED – 08/14/2020-6AM)