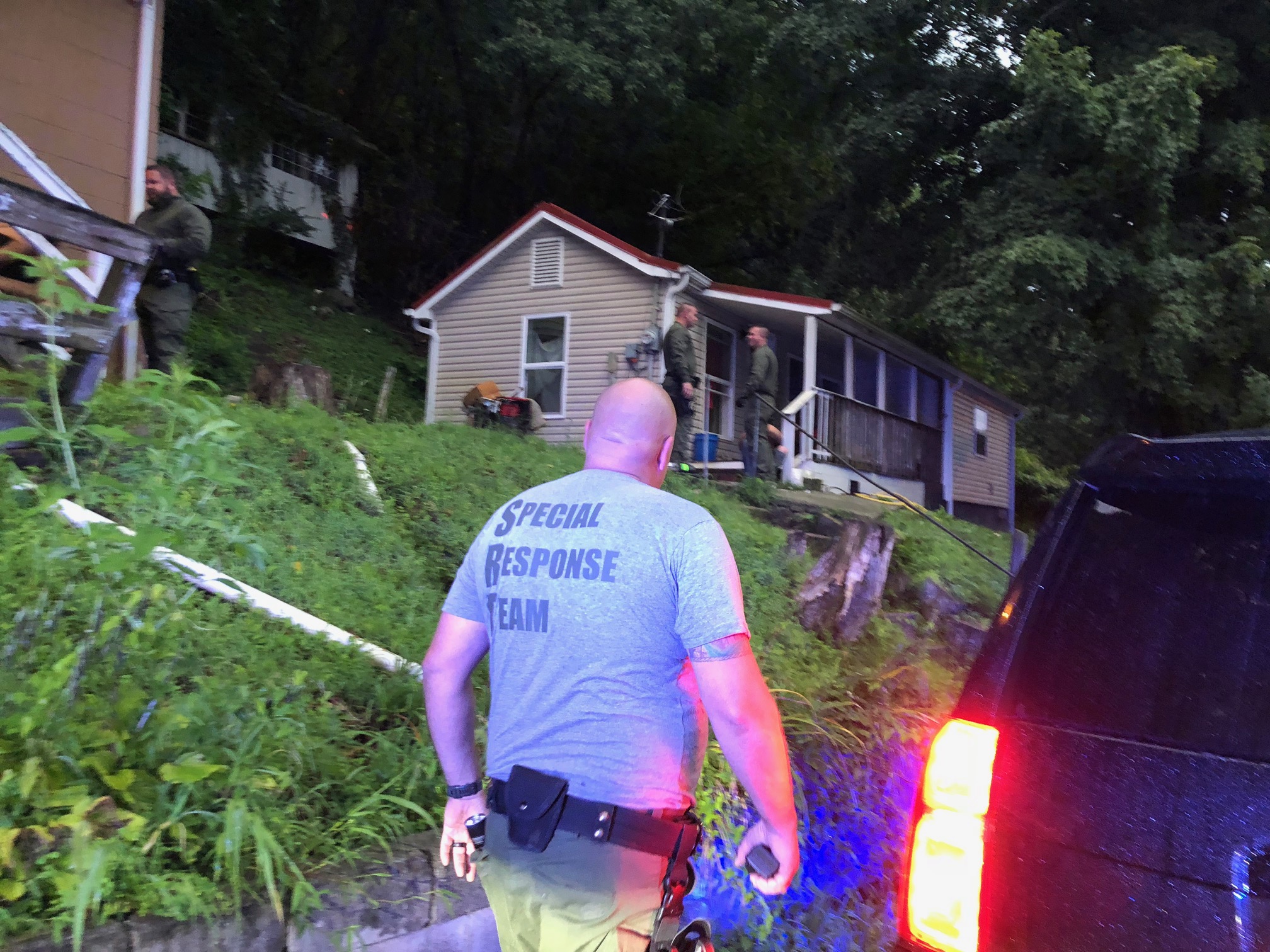 La Follette Police Sgt. Noah Riggs was among the many investigators at 519 Cherry Street on Aug. 10.

LAFOLLETTE, TN (WLAF) – The flashbang officers set off announcing their entry to a home on Cherry Street was still not enough to bring around a suspect who was passed out in a nearby car, according to La Follette Police Captain Stephen Wallen.

Wallen said it was just before daybreak on Monday when he along with agents from the La Follette Police Department’s Drug Unit and Special Response Team and the Eighth Judicial District Drug Task Force executed a narcotics search warrant at 519 Cherry Street. 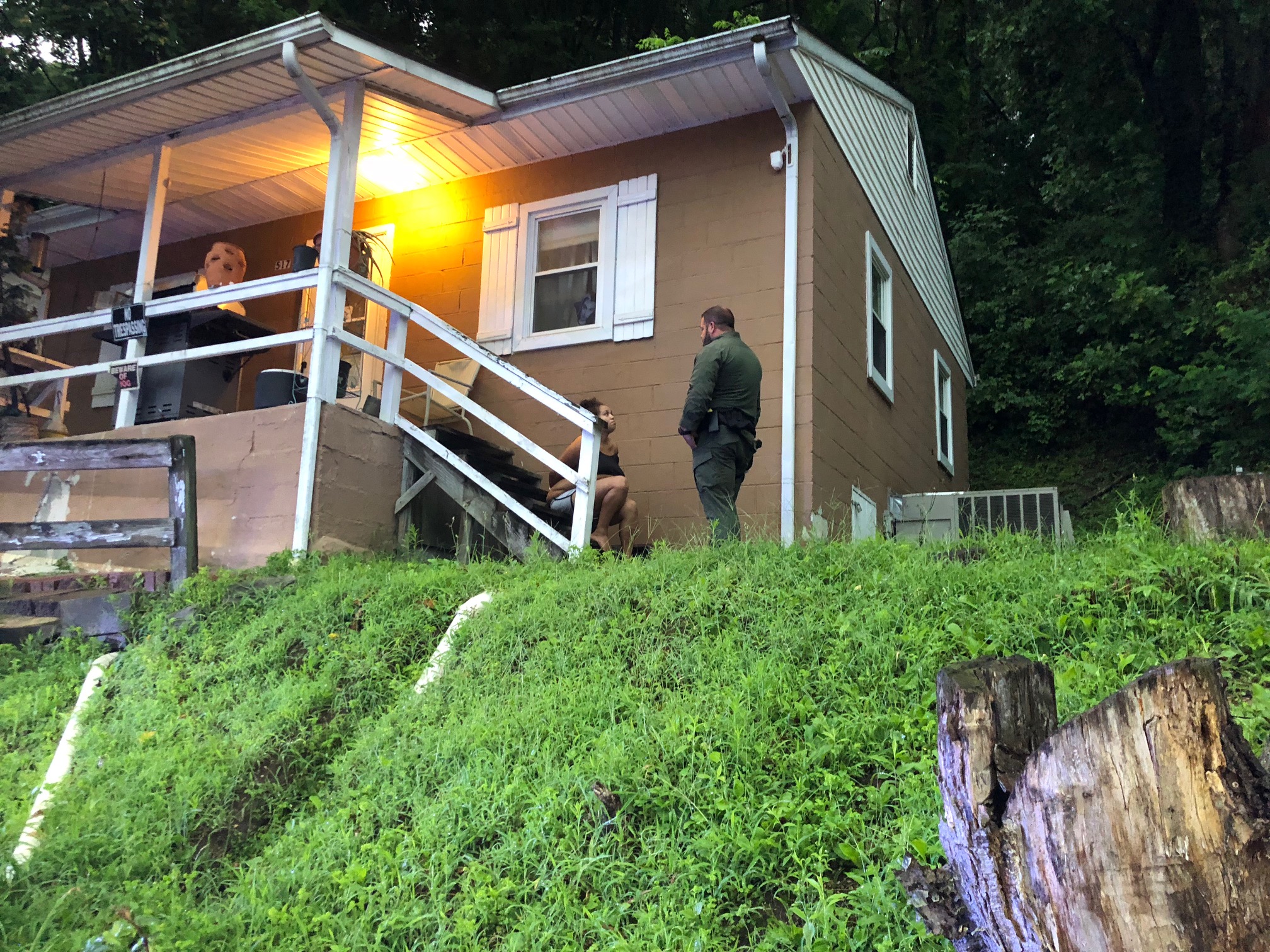 Tiffany Washington is being questioned by La Follette Police Det.  Matthew Forsythe at the home next to where Monday’s raid took place.

“Our main target here this morning is 30-year- old Tiffany Washington.  The two week long investigation centered around buys undercover officers made from her for meth and heroin at this address,” said the captain. 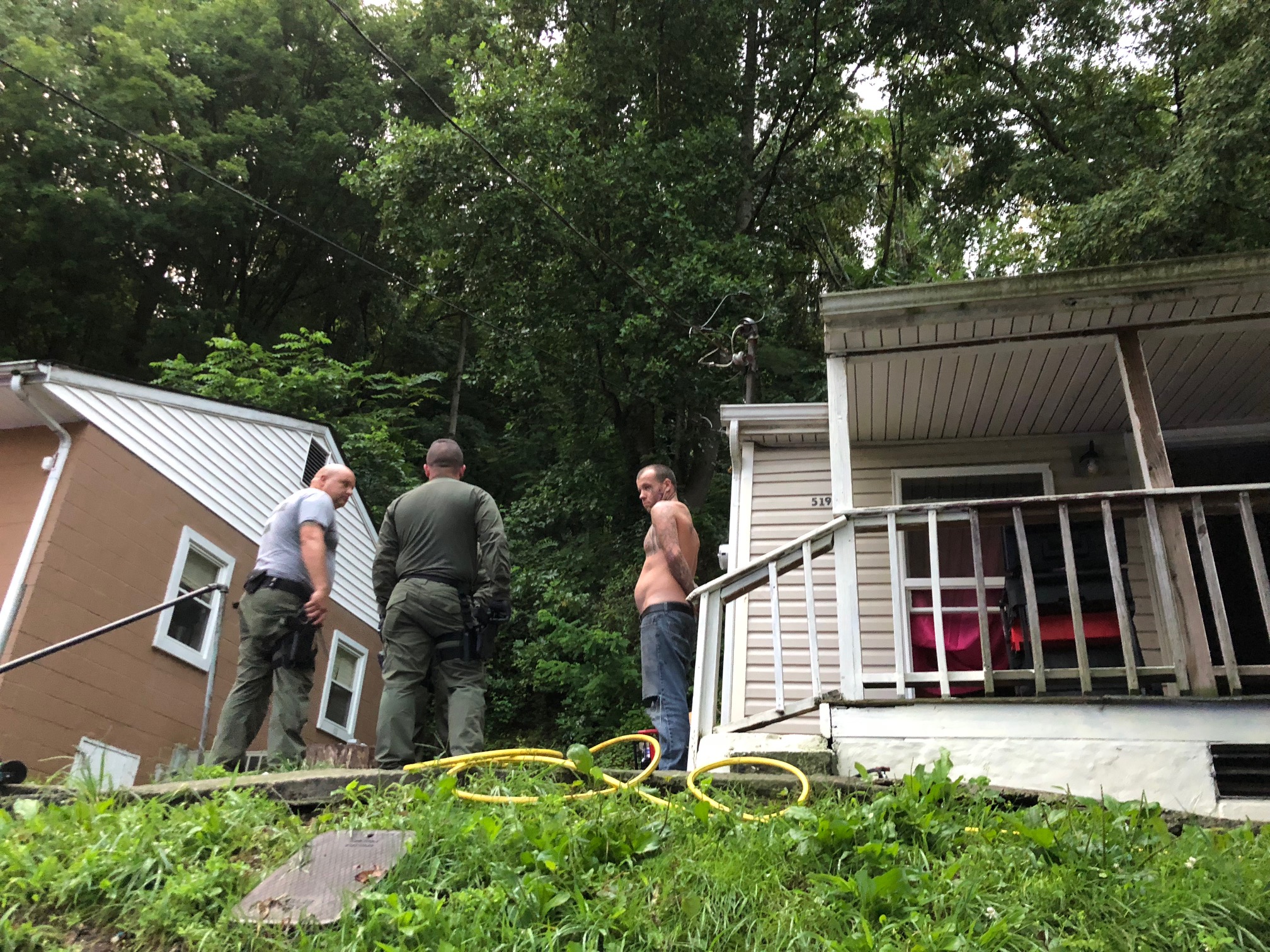 Others being questioned at the home were David Wright, 37, and Ida Crabtree, 43.  Wallen said that all three suspects have prior history with the LPD.  Utilities to the roach invested frame home that sits on the side of a hill had been shut off as agents used flash lights to search for drugs. 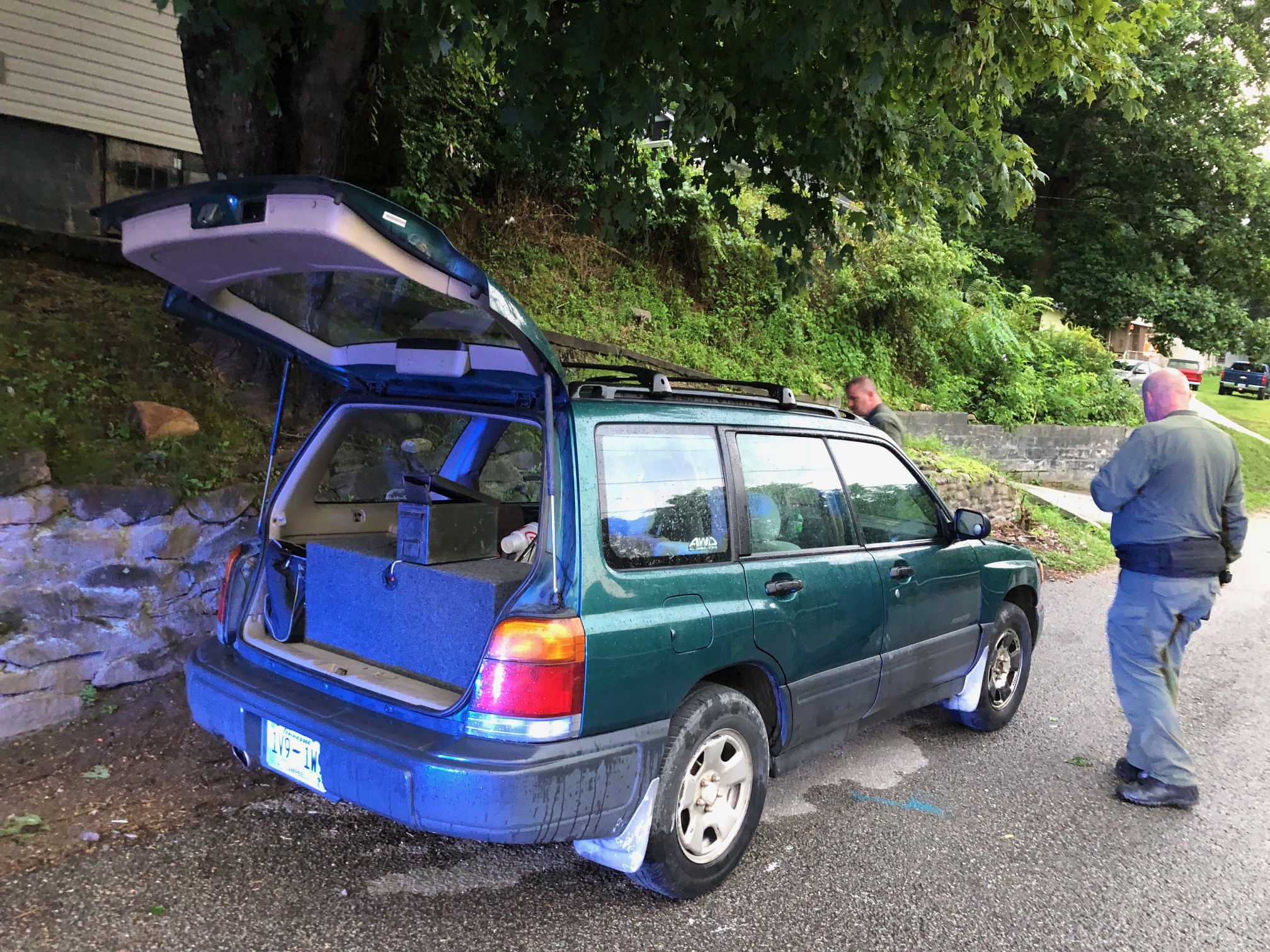 Investigators, according to Wallen, found drug paraphernalia, including many needles as well as what they believe to be meth inside the home this morning.  He added that arrests are pending.  (WLAFNEWS PUBLISHED – 08/10/2020-8AM)