LAFOLLETTE, TN (WLAF) – Campbell County Sheriff Robbie Goins’ urging for citizens to call the department’s drug hotline has paid off again.  A tip called in to 423.566-DRUG  led to a months long investigation of the activity at a home in Lakeshore Park; five houses up from Norris Lake. 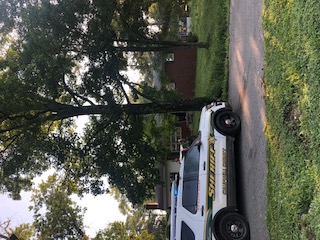 Mark Housley was at his home at 315 Lakeshore Drive (above) when investigators with the Campbell County Sheriff’s Office knocked on his door Tuesday at 7 am and executed a narcotics search warrant.  Undercover buys of schedule II and III controlled substances by sheriff’s investigators enabled them to secure the warrant, according to officials.

The sheriff’s report said that inside Housley’s home on Tuesday were schedule II and III controlled substances, believed to be Opana and Suboxone.  Drug paraphernalia was also found based on the report.

Investigators think that charges are likely considering the evidence that was collected and the previous buys of narcotics from the La Follette home.  According to jail records, Housley, 38, has a lengthy criminal history of 18 arrests with his last arrest being in June 2020.

“We understand the frustration when it appears that drug crimes continue in your neighborhood.  That’s why I would like to reassure you that we are working diligently to eradicate drug crimes in Campbell County.  Continued tips help to further our investigations, and you never know when the tip you call in may spark a dry investigation back to life.  Calling in a tip is never a bother.  I always want you to call, because we investigate each tip to the fullest.  I appreciate all our citizens do to provide assistance in combating drugs in Campbell County,” Goins said.  (WLAF NEWS PUBLISHED – 08/07/2020-NOON)